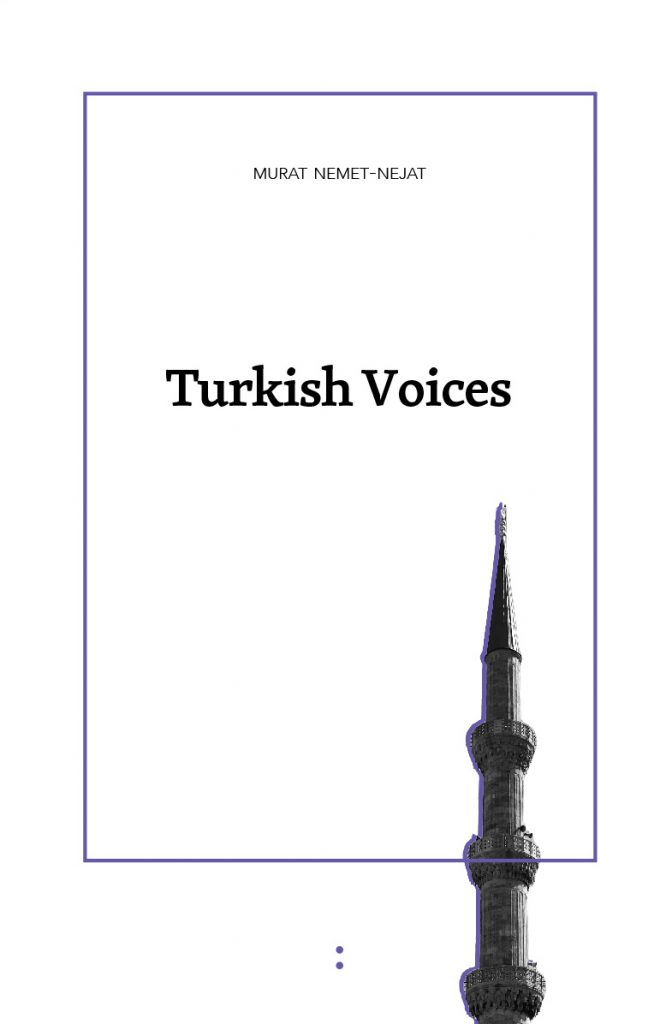 A work of deconstructive translation, Turkish Voices offers a reworking of Üvercinka, containing fragments from different poems in  Süreya’s book, some ending in mid-sentence, with other fragments isolated, spliced together, and altered. Fragments from other Turkish poets have also been added, splitting the lyric persona and opening up its unity to let in other personae. Finally, poems written earlier by the author himself join the text.

Murat Nemet-Nejat is a poet, translator, essayist, and editor of Eda: An Anthology of Contemporary Turkish Poetry (Talisman, 2004). Nemet-Nejat’s works include, among others, The Bridge (Martin Brian & O’Keeffe, Ltd., 1977), The Spiritual Life of Replicants (Talisman, 2011), Animals of Dawn (Talisman, 2016), and Io’s Song (Chax, 2019), as well as a voluminous output of poetry and essays in a wide variety of literary magazines and academic journals. He is also the translator of  Turkish poets Orhan Veli, I, Orhan Veli (Hanging Loose Press, 1987), Ece Ayhan, A Blind C at Black and Orthodoxies (Sun and Moon Press, 1997), Seyhan Erozçelik, Gül ve Telve (Talisman, 2010), and Birhan Keskin, Y’ol (Spuyten Duyvil, 2019). Nemet-Nejat’s work has been translated into Bengali, Turkish, Spanish, Romanian, and Vietnamese, among other languages. He is presently working on the poem “Camels and Weasels” and translations of the work of Turkish poet Sami Baydar.