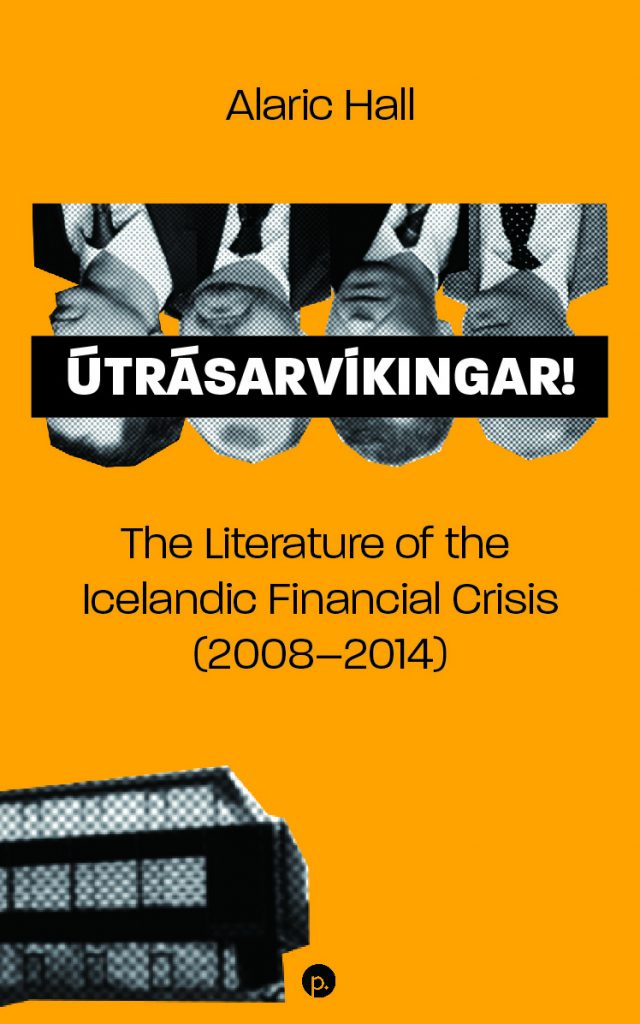 As the global banking boom of the early twenty-first century expanded towards implosion, Icelandic media began calling the country’s celebrity financiers útrásarvíkingar: “raiding vikings.” This new coinage encapsulated the macho, medievalist nationalism which underwrote Iceland’s exponential financialisation. Yet within a few days in October 2008, Iceland saw all its main banks collapse beneath debts worth nearly ten times the country’s GDP.

Hall charts how Icelandic novelists and poets grappled with the Crash over the ensuing decade. As the first English-language monograph devoted to twenty-first-century Icelandic literature, it provides Anglophone readers with an introduction to one of the world’s liveliest literary scenes. It also contributes a key case study for understanding global artistic responses to the early twenty-first century crisis of runaway, unregulated capitalism, exploring the struggles of writers to adapt realist forms of art to surreal times.

As Iceland’s biggest crisis since their independence from Denmark in 1944, the effect of the Crash on the national self-image was as seismic as its effects on the economy. This study analyses the centrality of whiteness and the abjection of the “developing world” in Iceland’s post-colonial identity, and shows how Crash-writing explores the collisions of Iceland’s traditional, nationalist medievalism with a dystopian, Orientalist medievalism associated with the Islamic world.

The Crash in Iceland was instantly recognised as offering important economic insights. This book shows how Iceland also helps us to understand the cultural convulsions that have followed the Financial Crisis widely in the West.

Alaric Hall teaches Old and Modern Icelandic language and literature (amongst other things) at the University of Leeds. He was born just before Margaret Thatcher's government entered office, started a BA in Anglo-Saxon, Norse, and Celtic just after Tony Blair's government entered office, and took up what his colleagues in Human Resources call an "ongoing contract" at Leeds as the UK experienced its first bank run since 1866. En route, he undertook postgraduate study at Glasgow and Helsinki, and a postdoc at the Helsinki Collegium for Advanced Studies.