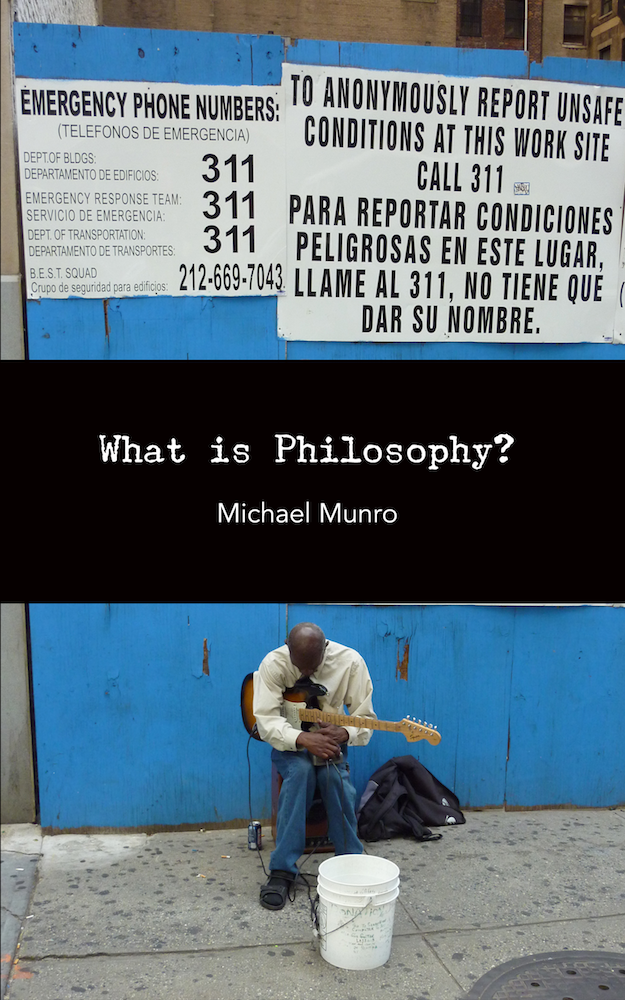 It’s clear that “philosophy” comes from the Greek philosophia, love of wisdom. What’s not at all clear is what that phrase means. In the connection it articulates between love and wisdom, what, precisely, does philosophy name?

Read a review of What is Philosophy? in Scoop Review of Books.

More concretely, although well-formed and rigorously structured, What is Philosophy? abstains from work. On even a quick reading that fact must be palpable. A seminar paper? An article, or book chapter? Not in the least. Nor, essentially, may the individual pieces that compose it be so developed. Fragments unrecognizable as at one time a cast, inconceivable at a future time as anything else, the position of each piece with respect to the others thwarts development in order to preserve, in its place, the tension of its absence.

As such, the articulations internal to each of the three divisions, and between them, are essential. The first division — What is Philosophy? — takes seriously Deleuze and Guattari’s contention in their book of the same title that “The nonphilosophical is perhaps closer to the heart of philosophy than philosophy itself, and this means that philosophy cannot be content to be understood only philosophically or conceptually, but is essentially addressed to nonphilosophers as well” — including the nonphilosopher in every philosopher. The second division — On Argument — interrogates the status and value of evidence, and self-evidence. The third division — On Not Knowing — generalizes a parenthetical observation of Agamben’s on Heidegger, “If we may attempt to identify something like the characteristic Stimmung of every thinker, perhaps it is precisely this being delivered over to something that refuses itself that defines the specific emotional tonality of Heidegger’s thought”: Might not philosophy be defined, the phil of sophia, precisely, as what it is to be delivered over to something that refuses itself?

The first contours of a darkling shape, What is Philosophy? is none other than these—and nothing beyond their glimmer.

Michael Munro lives happily with his family, and he thanks them for everything. He has no university affiliation, awards, or other publications.