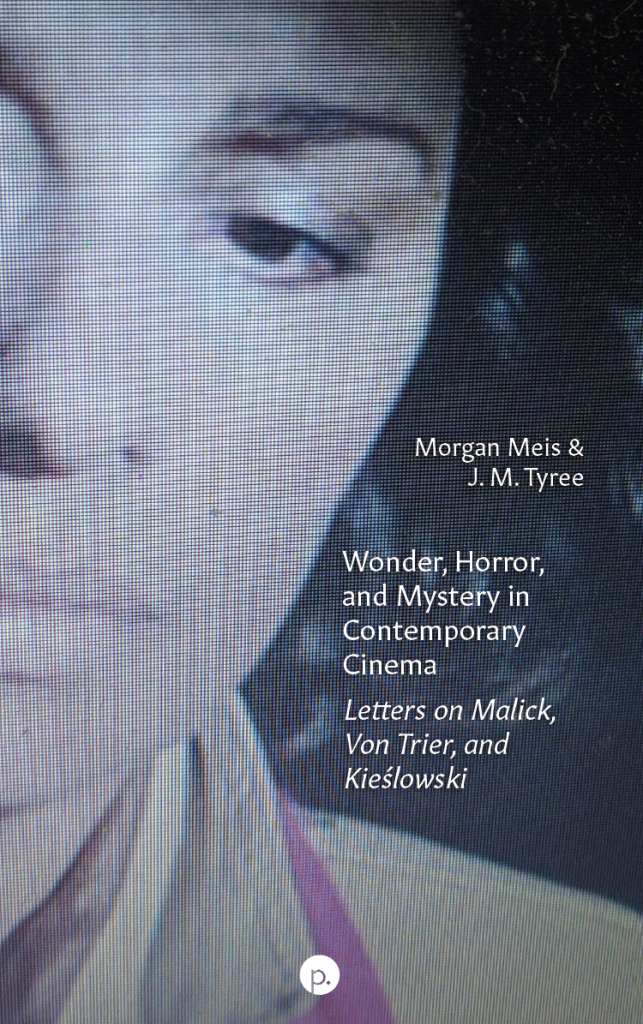 This book is a dialogue between two friends, both notable arts critics, that takes the form of a series of letters about movies and religion. One of the friends, J.M. Tyree, is a film critic, creative writer, and agnostic, while the other, Morgan Meis, is a philosophy PhD, art critic, and practicing Catholic. The question of cinema is raised here in a spirit of friendly friction that binds the personal with the critical and the spiritual. What is film? What’s it for? What does it do? Why do we so intensely love or hate films that dare to broach the subjects of the divine and the diabolical? These questions stimulate further thoughts about life, meaning, philosophy, absurdity, friendship, tragedy, humor, death, and God.

Morgan Meis is a contributor at The New Yorker. He has a PhD in Philosophy and is a founding member of Flux Factory, an arts collective in New York. He has written for n+1, The Believer, Harper’s Magazine, and The Virginia Quarterly Review. He won the Whiting Award for nonfiction in 2013. Morgan is also an editor at 3 Quarks Daily, and a winner of a Creative Capital | Warhol Foundation Arts Writers grant. He is the author of Ruins, Dead People, and The Drunken Silenus: On Gods, Goats, and the Cracks in Reality.

J. M. Tyree is the author of BFI Film Classics: Salesman (British Film Institute/Bloomsbury), and the coauthor of Our Secret Life in the Movies (with Michael McGriff, A Strange Object/Deep Vellum), an NPR Best Books Selection. His writing on cinema has appeared in Sight & Sound, Film Quarterly, Film International, and Critical Quarterly. A former Keasbey Scholar in Religious Studies at Cambridge and a Stegner Fellow in the Creative Writing Program at Stanford, he currently serves as a Nonfiction Editor at New England Review and teaches as Distinguished Visiting Associate Professor at Virginia Commonwealth University.