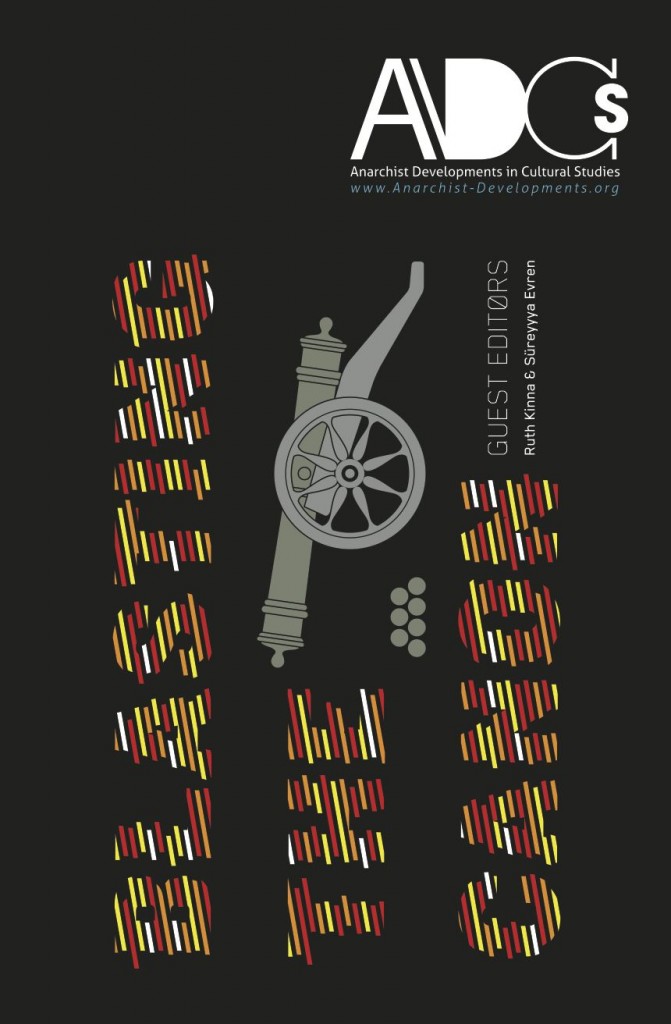 What’s left to say about the anarchist canon? One answer might be that reflecting on the canon’s construction can help reveal something about the ways in which anarchism has been misunderstood. Another possibility is that it locates anarchism — in all its diversity and complexity — in particular geographical and historical locations. The canon not only establishes the parameters of anarchist theory, it sets them in a particular (European) context, serving as a springboard for subsequent revisions, developments and critiques. The canon describes a classic form, to use George Woodcock’s term – it benchmarks anarchism. Who constructed it, where did it come from — what are the implications of its reification in contemporary anarchist studies? How successful have recent critiques been in overcoming the limitations that canonical study has encouraged? What are the risks of leaving the canon intact, even if as a target for critique? Should anarchists worry about the explosion of the canon if the result is to include as ‘anarchist’ philosophers or movements who do identify with anarchist traditions? What does self-identification mean in the absence of a canon? Does the rejection of the canon imply the rejection of an anarchist history of ideas, and if such a history remains important in anarchism, how should it be approached and understood? In this special issue of Anarchist Developments in Cultural Studies (Issue 2013.1) edited by Ruth Kinna and Süreyyya Evren, noted anarchist scholars explore these questions.

ARTICLES: Leonard A. Williams, “The Canon Which is Not One” — James A. Miller, “Canon and Identity: Thoughts on the Hyphenated Anarchist” — Matthew S. Adams,  “The Possibilities of Anarchist History: Rethinking the Canon and Writing History” — Michelle M. Campbell, “Voltairine de Cleyre and the Anarchist Canon” — Nathan Jun, “Rethinking the Anarchist Canon: History, Philosophy, and Interpretation” — Elmo Feiten, “Would the Real Max Stirner Please Stand Up?” — Jim Donaghey, “Bakunin Brand Vodka: An Exploration into Anarchist-punk and Punk-anarchism” — Ryan Knight, “Mikhail Bakunin’s Post-Ideological Impulse: The Continuity Between Classical and New Anarchism”

Anarchist Developments in Cultural Studies (ADCS) is an international, open-access journal devoted to the study of new and emerging perspectives in anarchist thought and practice from or through a cultural studies perspective. The interdisciplinary focus of the journal presumes an analysis of a broad range of cultural phenomena, the development of diverse methodological traditions, as well as the investigation of both macro-structural issues and the micrological practices of “everyday life.” ADCS is an attempt to bring anarchist thought into contact with innumerable points of connection.