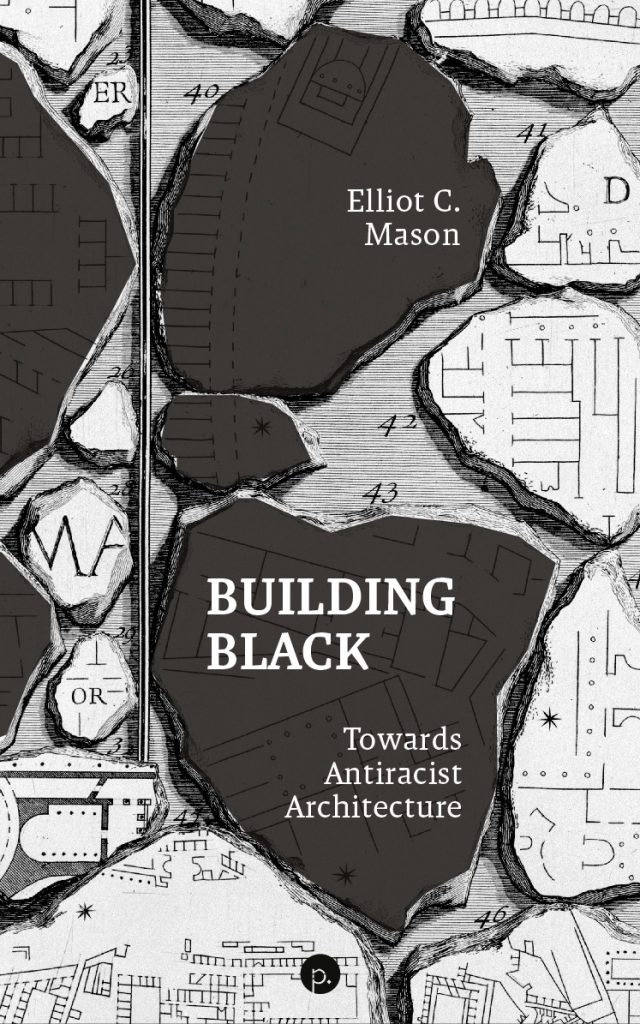 Building Black: Towards Antiracist Architecture brings together the forefronts of Black Studies and architectural theory. Only recently, architecture and urban planning have started to confront their constitution of race as a social referent, and their part in the establishment of racist logics. This confrontation usually results in projects that respond to their surroundings, that merge into a changing and multicultural city. Building Black, however, proposes the construction of a Black radical position: building islands of resistance against the expanding sea of imperial architecture.

In Building Black, Mason reads the racial meaning of current construction projects in England through the histories of race and architecture. Closely reading Immanuel Kant’s formulation of the Subject as the creator of space and the development of whiteness in Modernist architecture, Mason finds that Blackness is an ongoing, antecedent island that can never quite be subsumed in the racializing project of modernity. Pushing this further, he positions antiracist architecture on a self-enclosed island de-linked from the city, preserving a sociality that cannot be incorporated into liberal universality.

Alongside sustained critiques of architectural theory and Western philosophy, and close engagements with Black Studies and Indigenous thinking, Mason offer a critique of the writing subject as a collaborator in the racialization of urban cartography. In response, Mason turns inwards in this book, opening the impossibility of the writer’s position in architecture and philosophy, and setting up an alternative mode of self-critical architectural writing.

Elliot C. Mason is a PhD candidate in Black studies and poetry at Uppsala University in Sweden. His essays and poetry have been widely published, including in the Journal of Italian Philosophy, Tribune, 3:AM, Magma, and SPAM. He has written three plays and translated contemporary poetry between English and Spanish, alongside his work on many exhibitions, talks, and performances with his group, Penny Drops Collective. He is the author of The Instagram Archipelago: Race, Gender, and the Lives of Dead Fish (Zer0 Books, 2022), and two collections of poetry: City Embers (Death of Workers Whilst Building Skyscrapers Press, 2021), and Materials for Building a City (Marble Books, 2021). A section of Building Black was shortlisted for the Fitzcarraldo Essay Prize 2020. A full list of publications and a selection of work is available on his website, pennydropscollective.org. Having lived in London for over ten years, in 2021 Mason moved with his partner, Eugenia Lapteva, to Stockholm.