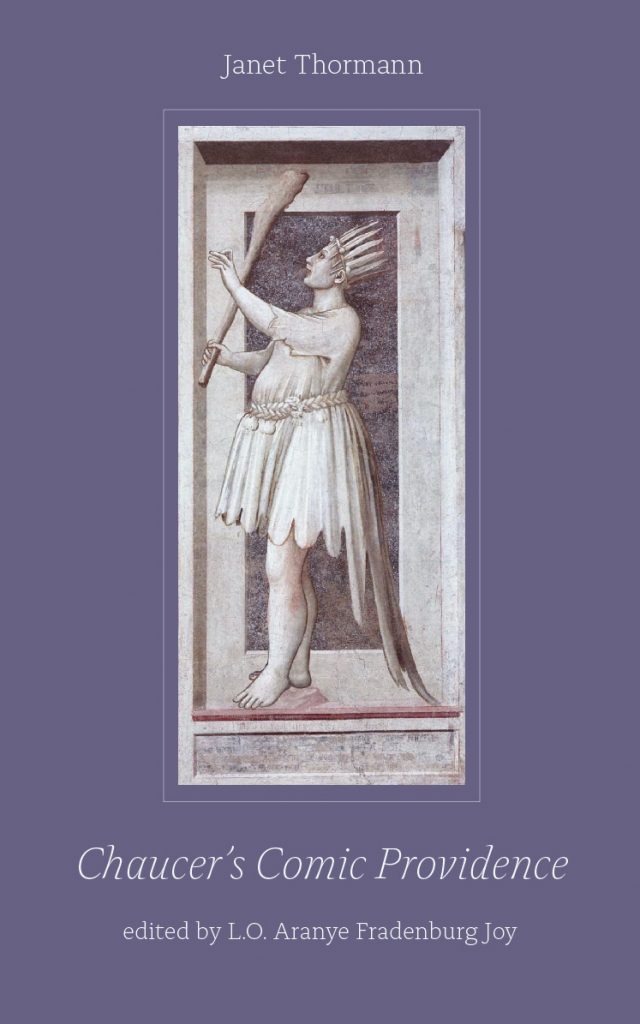 Chaucer’s Comic Providence presents readings of five of Chaucer’s Canterbury Tales that dramatize sexual division and the lack of rapport between the sexes. These readings are founded on the psychoanalytic thinking of Jacques Lacan in his rereading of Freud and are motivated by Thormann’s conviction that Chaucer understood what psychoanalysis would come to study as an unconscious operating in the subject that is independent of conscious control and desire. For psychoanalysis, the subject is interminably engaged with unconscious sexual difference and with what Lacan saw as the absence of sexual rapport. Chaucer’s Comic Providence analyzes Chaucer’s plots of sexual adventures, mishaps, and surprise to show how the five tales dramatize the lack of symmetry and absence of accord between the sexes.

Ultimately, Thormann’s interest here is in the ways these five narratives represent and deal with sexual division, in their means of handling what, in any case, cannot be avoided or mastered. Consequently, the resolutions of the narratives sponsor an ethics of desire: they affirm sexual pleasure and acknowledge misprision and limitation, but they do not compromise, close down, or finish with incompatibility, contraction, and limitation. Her reading, then, claims that Chaucer’s poetry already reveals the unconscious that Freud is credited with discovering. As well, Chaucer not only anticipates Lacan’s pronouncement that “the unconscious is structured like a language,” but also his emphasis on unconscious sexual difference and the absence of rapport between the sexes.

With few exceptions, while there has been much consideration of gender in Chaucer’s stories, contemporary criticism of Chaucer has remained inimical or, at the least, largely indifferent, to psychoanalysis, yet because it considers both difference and continuity, change and perpetuation, and because it incorporates psychic processes, motives, functions, and dynamics operating outside of conscious awareness, psychoanalysis offers a wider range for analysis of Chaucer’s tales than does gender theory alone. Chaucer’s Comic Providence also addresses the unexpected, surprising, and providentially comic resolutions of Chaucer’s tales, the concomitant abeyance of sexual conflicts, and the links between emergence and abeyance, which issue in the hope of a beneficent future.

Janet Thormann (aka Janet Thormann Mackintosh) was born in Brooklyn in 1940 and passed away in San Francisco in 2014. She studied Old English poetry with Alain Renoir at UC Berkeley in the 1960s, where she received her MA and PhD degrees, studying both medieval literature and modern poetry. She was the author of numerous articles in Old English literature, Lacanian psychoanalysis, the representation of Jews in medieval and modern art, and the relations between violence and the law, while she was also engaged in a long career teaching at the College of Marin in California. She lived in San Francisco with her husband Graham Mackintosh, one of the most well-known and important printmakers and publishers in Berkeley’s and San Francisco’s experimental poetry scene in the 1960s onward at both White Rabbit and Black Sparrow presses, a milieu that Janet participated in and cherished. Janet was also a long-time editorial board member and contributor to the European Journal of Psychoanalysis. Her last project, completed just before her death, was Chaucer’s Comic Providence. 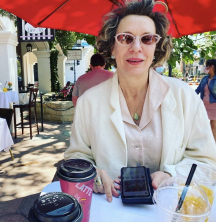 L.O. Aranye Fradenburg Joy was a Professor of English and Comparative Literature, specializing in medieval literature, literary theory, and mind studies, at the University of California, Santa Barbar, before retiring in 2018. She is the author of City, Marriage, Tournament: Arts of Rule in Late Medieval Scotland (Wisconsin, 1991), Sacrifice Your Love: Psychoanalysis, Historicism, Chaucer (Minnesota, 2002), and numerous articles on the relations between contemporary thought and medieval studies, as well as the editor (with Carla Freccero) of Premodern Sexualities (Routledge, 1996). She was also the Director of UC-Santa Barbara’s specialization in “Literature and the Mind,” and is a Clinical Associate of the New Center for Psychoanalysis, Los Angeles, with a private practice in Santa Barbara, California.