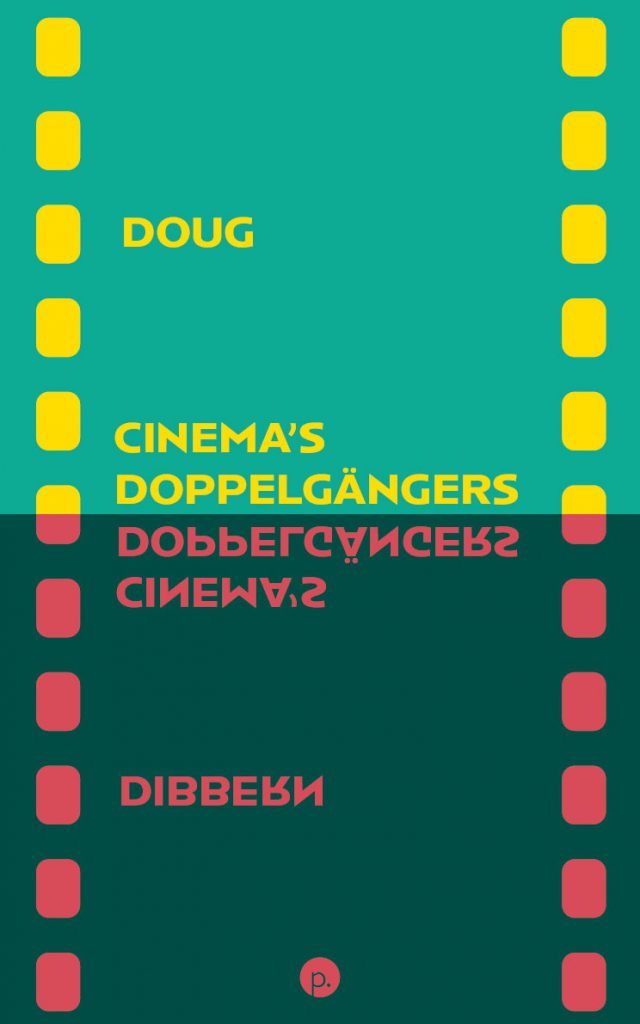 “Doug Dibbern’s hyper-intelligent ‘counterfactual history’ of cinema is a revelation.”
~ Christopher Schobert for The Film Stage

Cinema’s Doppelgängers is a counterfactual history of the cinema — or, perhaps, a work of speculative fiction in the guise of a scholarly history of film and movie guide. That is, it’s a history of the movies written from an alternative unfolding of historical time – a world in which neither the Bolsheviks nor the Nazis came to power, and thus a world in which Sergei Eisenstein never made movies and German filmmakers like Fritz Lang never fled to Hollywood, a world in which the talkies were invented in 1936 rather than 1927, in which the French New Wave critics didn’t become filmmakers, and in which Hitchcock never came to Hollywood.

The book attempts, on the one hand, to explore and expand upon the intrinsically creative nature of all historical writing; like all works of fiction, its ultimate goal is to be a work of art in and of itself. But it also aims, on the other hand, to be a legitimate examination of the relationship between the economic and political organization of nations and film industries and the resulting aesthetics of film and thus of the dominant ideas and values of film scholarship and criticism.

Doug Dibbern’s first book, Hollywood Riots: Violent Crowds and Progressive Politics in American Film (I.B. Tauris, 2015) won the 2016 Peter Rollins Prize. He has published scholarly essays on classical Hollywood filmmakers, film criticism for The Notebook at Mubi.com, and literary essays for journals such as Chicago Quarterly Review and Hotel Amerika. He has a PhD in Cinema Studies from New York University, where he teaches in the Expository Writing Program.