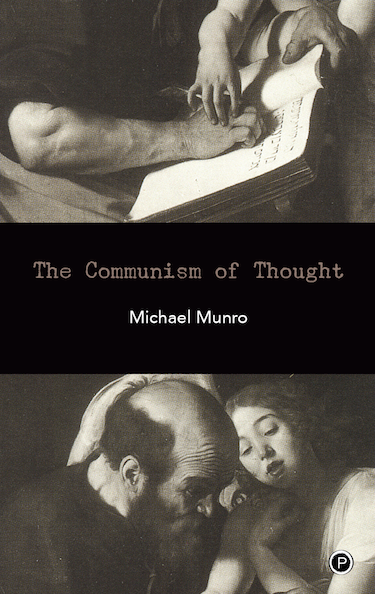 Read a review of The Communism of Thought in The Brooklyn Paper.

The Communism of Thought takes as its point of departure a passage in a letter from Dionys Mascolo to Gilles Deleuze: “I have called this communism of thought in the past. And I placed it under the auspices of Hölderlin, who may have only fled thought because he was unable to live it: ‘The life of the spirit between friends, the thoughts that form in the exchange of words, by writing or in person, are necessary to those who seek. Without that, we are by our own hands outside thought.’”

What, in light of that imperative, is a correspondence? What is given to be understood by the word, let alone the phenomenon? What constitutes a correspondence? What occasions it? On what terms and according to what conditions may one enter into that exchange “necessary,” in Hölderlin’s words, “to those who seek”? Pursuant to what vicissitudes may it be conducted? And what end(s) might a correspondence come to have beyond the ostensible end that, to all appearances, it (inevitably) will be said to have had?

And what is the proximity, here, between correspondence and commentary? To what extent might commentary approximate a kind of correspondence? (And with whom? The author of the source text? The source text itself? A future reader of that text? Or then again a third, or fourth, or nth party? And by way of what channels?)

The two texts — the two commentaries — that form the heart of The Communism of Thought are both short, late texts of Gilles Deleuze’s, and they’re both reprinted in Two Regimes of Madness: Texts and Interviews, 1975-1995. The first text is Deleuze’s last published article, widely considered to be something of a testament, “Immanence: A Life ….” The commentary is staged in the manner of a dictionary definition of the word immanence. The various subentries under the first (and only) sense of the word for Deleuze — “a life …” — develop in tandem with the article to progressively elaborate the centrality of the problematics of definition to Deleuze’s conception of immanence. The second text is that of a brief, beautiful correspondence: The five letters that comprise the correspondence between Gilles Deleuze and Dionys Mascolo were written between 23 April and 6 October 1988, and were first published a decade later, in 1998, a year after Mascolo’s death and nearly three years after Deleuze’s. The commentary, a kind of marginalia to that correspondence, comes gradually and progressively into focus around a single question: To what affinity might a correspondence attest?

“What strikes me especially,” an interviewer once noted to Deleuze, “is the friendship you have for the authors you write about.” “If you don’t admire something,” Deleuze replied, “if you don’t love it, you have no reason to write a word about it.”

Michael Munro practices philosophy in its absence in Edmonds, Washington, where he lives happily with his family. He is the author of What Is Philosophy? (punctum, 2012) and Of Learned Ignorance (punctum, 2013), and his work is approved by the Interzone Bureau of Vagabond Thinker-Lovers.

One thought on “The Communism of Thought”