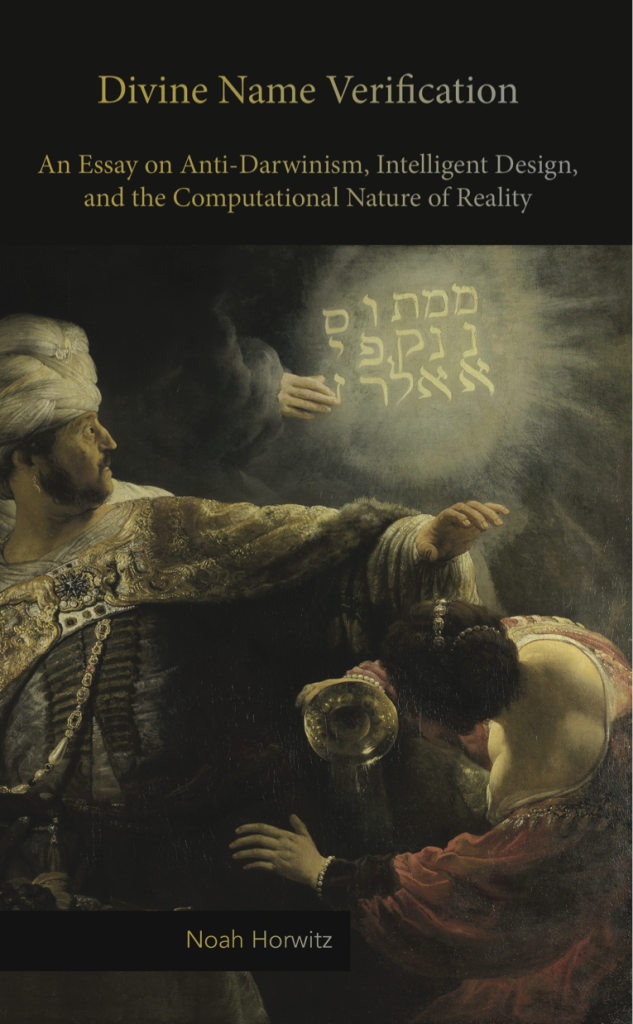 In this book, Noah Horwitz argues that the age of Darwinism is ending. Building on the ontological insights of his first book Reality in the Name of God in order to intervene into the intelligent design versus evolution debate, Horwitz argues in favor of intelligent design by attempting to demonstrate the essentially computational nature of reality. In doing so, Horwitz draws on the work of many of today’s key computational theorists (e.g., Wolfram, Chaitin, Friedkin, Lloyd, Schmidhuber, etc.) and articulates and defends a computational definition of life, and in the process lays out key criticisms of Darwinism. He does so in part by incorporating the insights of the Lamarckian theories of Lynn Margulis and Maximo Sandin. The possible criticisms of a computationalist view from both a developmental perspective  (e.g., Lewontin, Jablonka, West-Eberhard, etc.) and chaos theory (e.g., Brian Goodwin) are addressed. In doing so, Horwitz engages critically with the work of intelligent design theorists like William Dembksi. At the same time, he attempts to define the nature of the Speculative Realist turn in contemporary Continental Philosophy and articulates criticisms of leading figures and movements associated with it, such as Object-Oriented Ontology, Quentin Meillassoux, and Ray Brassier.  Ultimately, Horwitz attempts to show that rather than heading towards heat death, existence itself will find its own apotheosis at the Omega Point. However, that final glorification is only possible given that all of reality is compressible into the divine name itself.

§1. Introduction: From Hardware to Software

§3. The Edge of Evolution

§5. The Developmentalist Critique of Computationalism

§13. The Irony of Darwinist Computer Simulation

§15. The Computational Nature of Reality

§ 18. Infinite Collapse: The Possible is not the Actual

§21. Divine Name Verification:  Chaitin’s Omega and the Compressibility of Being

§22. The Kabbalah of Biology: The Programming of Life

§23. The Other, the Omega Point, and the Garden of Eden

Noah Horwitz completed a Ph.D. in Philosophy at Loyola University Chicago in 2003. He is the author of Reality in the Name of God (punctum, 2012) and The White Letters of the Sacred Scripture.