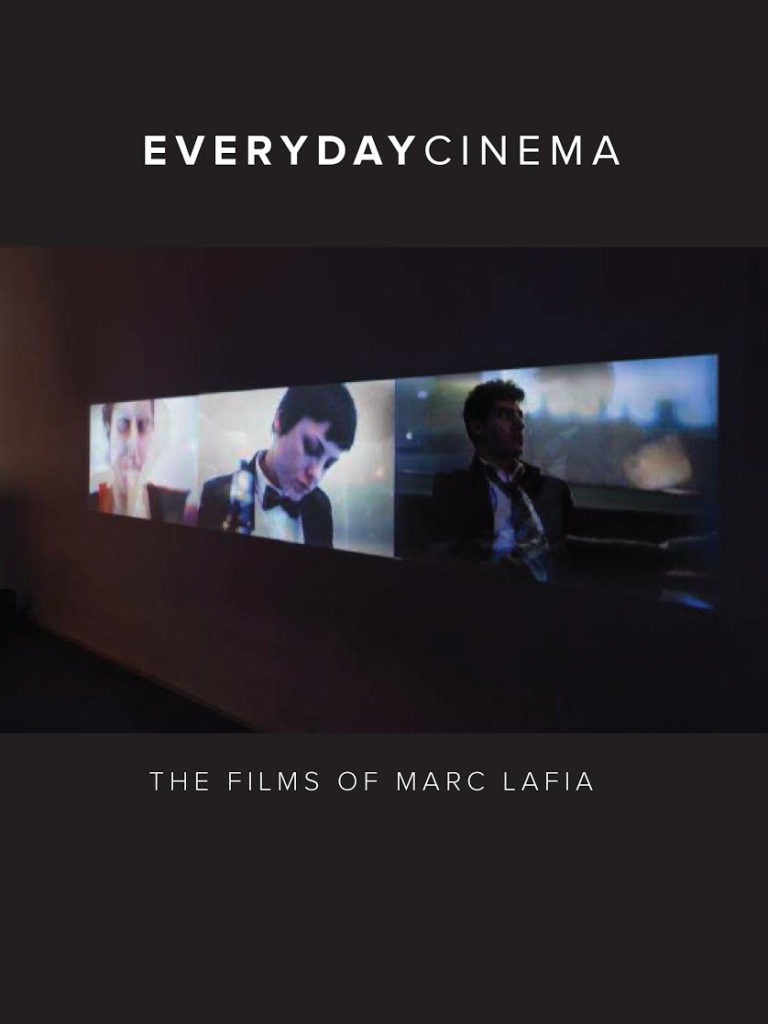 In this book, we see Lafia take up cinema — its history, its grandeur, its rules — and apply the conditions of this new, ubiquitous, always-on recording world in order to forge and proffer something new, something relevant, something beautiful: a cinema of the everyday that is anything but everyday. A cinema that is extraordinary.

How can the cinema and film form be thought anew in a world that is always recording itself, that enfolds the cinema? For Marc Lafia it is precisely this everyday environment of pervasive recording that becomes a springboard for rethinking character, narrative and the cinema itself. Lafia imagines the world as a film set and cinematic recording a platform to express and reformulate the will to expression of the social media generation. If our social media world, though public, is mostly personal, it’s the personal in search of collective forms that his narratives speak to as he re-situates them in the language and convention of cinema. Lafia’s films forge a cinema contemporaneous with the new environment of recording, creating a space to resuscitate an examination of our intentionality in imaging and storytelling both for his participants and audience, urging us not only to have poetic lives but political and embodied ones.

Everyday Cinema presents the films (eight features and numerous shorts, computational, and installation films) of Marc Lafia. In his many films (including Exploding Oedipus; Love and Art; Confessions of an Image; Revolution of Everyday Life; Paradise; Hi, How Are You Guest 10497; and 27)  Lafia probes what it is to construct an image, to forge systems of representation, to see and represent ourselves. His work has been defined as a cinema of emergence, a cinema of the event, in which the very act of ubiquitous recording creates something new. 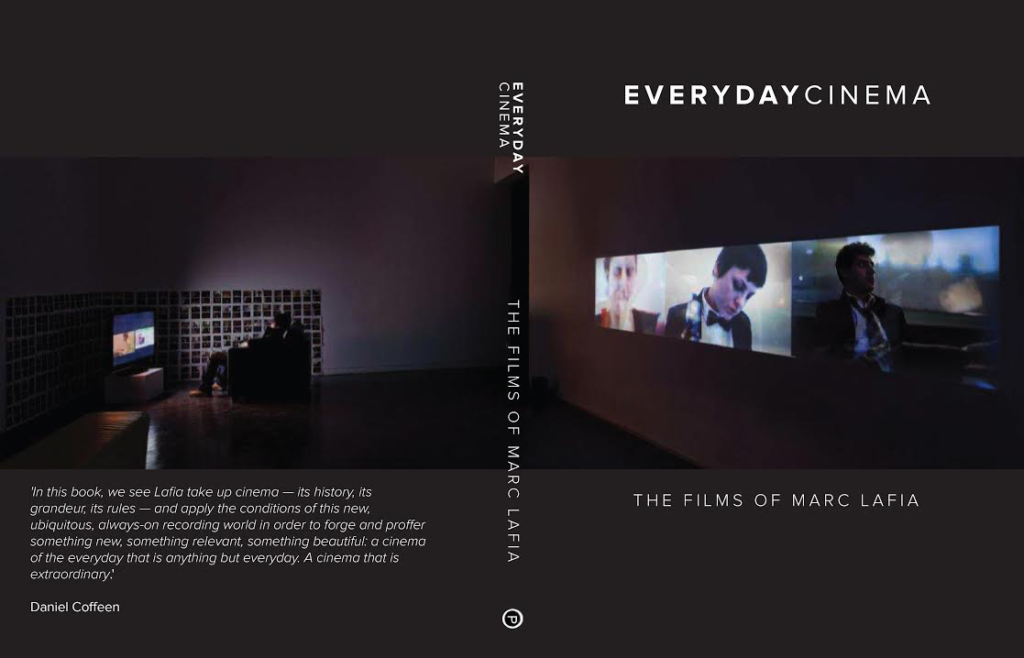 Everyday Cinema is comprised of two parts, the first an in-depth look at his films and installations, project by project, providing background on how they came about, Lafia’s process and ideas. The second part features selected interviews and over two hundred film stills wherein Lafia puts forward a new sense of the possibility of the cinema. As we all relentlessly record ourselves and are recorded, we become part of the cinematic fabric of life, part of a spectacle of which we are both constituent and constitutive. This is what Lafia sets out to capture and examine.

With a Preface by Daniel Coffeen.

Over the last decade Marc Lafia has worked very much under the radar as an artist and filmmaker. In his two books, Image Photograph and Everyday Cinema, he gives account of his ideas of images and a cinema of intimacy, of the everyday, a cinema and photography wherein everything and everyone is already recorded and recording. Lafia’s accounting of life in the regime of the network, of instantaneous picture transmission, of a performative society putting on the spectacle of themselves to be liked and self-narrated, shows us a social fabric in a new relation to the image and recording. After years in Hollywood and Silicon Valley, in the heart of the old and new media, his works of net art began to emerge in the museum world in the late 1990s. His interest in emergence, the non-linear, and the perpetual archive, all unique to computation, now moves into the new social figuration and interpersonal relations resulting from social media. Lafia is perhaps our first cineaste whose work not only examines life in the condition of the network but records and narrates how we live and tell stories of our selves in a such a condition.

Marc Lafia is, further, an American artist and filmmaker whose work emerges with network culture as it changes our relationship to knowledge, ourselves, our memories, and our bodies, from one of representation to presentation, and from contemplation to new modes of embodiment, producing new subjectivities and new ways of going in the world. He has been exhibited at the Walker Art Center, the Whitney Museum of American Art, the Tate Online, the ZKM, the Centre Pompidou, Anthology Film Archives, International Film Festival Rotterdam, The Minsheng Museum of Art in Shanghai and most recently at the Shenzhen Sculpture Biennale 2014. He has taught at Stanford University, the San Francisco Art Institute, Art Center College of Design in Pasadena, Pratt Institute and Columbia University. His book Image Photograph (2015) was also published by punctum.