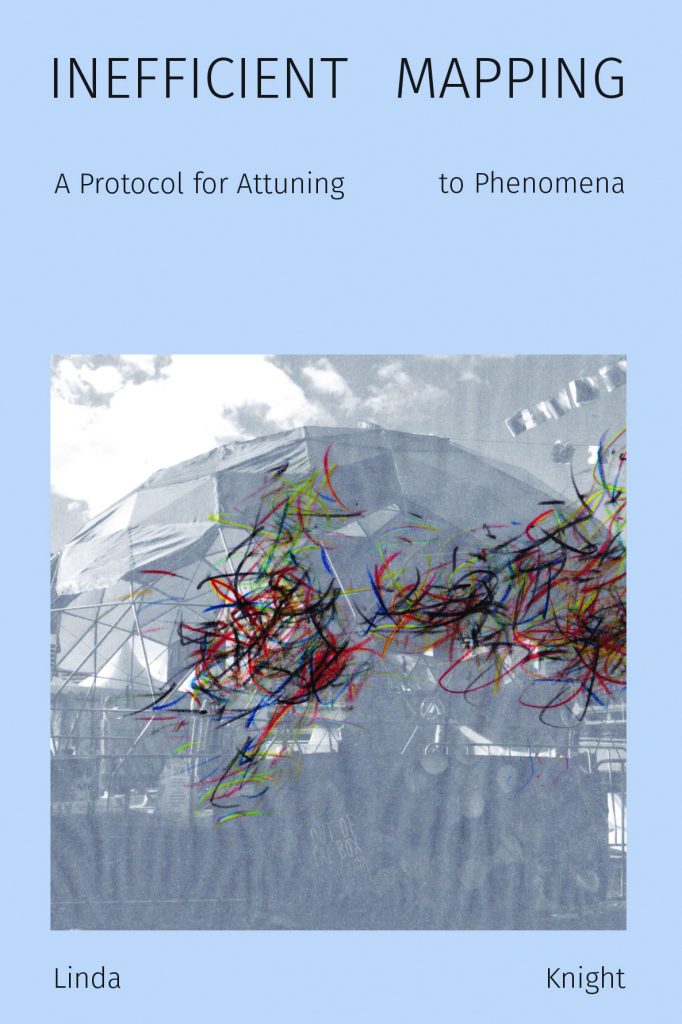 Working from a speculative, more-than-human ontological position, Inefficient Mapping: A Protocol for Attuning to Phenomena presents a new, experimental cartographic practice and non-representational methodological protocol that attunes to the subaltern genealogies of sites and places, proposing a wayfaring practice for traversing the land founded on an ethics of care. As a methodological protocol, inefficient mapping inscribes the histories and politics of a place by gesturally marking affective and relational imprints of colonisation, industrialisation, appropriation, histories, futures, exclusions, privileges, neglect, survival, and persistence.

Inefficient Mapping details a research experiment and is designed to be taken out on mapping expeditions to be referred to, consulted with, and experimented with by those who are familiar or new to mapping. The inefficient mapping protocol described in this book is informed by feminist speculative and immanent theories, including posthuman theories, critical-cultural theories, Indigenous and critical place inquiry, as well as the works of Karen Barad, Erin Manning, Jane Bennett, Maria Puig de la Bellacassa, Elizabeth Povinelli, and Eve Tuck and Marcia McKenzie, which frame how inefficient mapping attunes to the matter, tenses, and ontologies of phenomena and how the interweaving agglomerations of theory, critique, and practice can remain embedded in experimental methodologies.

Linda Knight is an artist and academic who specializes in critical and speculative arts practices and methods. Linda devised “Inefficient Mapping” as a methodologic protocol for conducting fieldwork in projects informed by immanent and speculative theories. In her role as Associate Professor at RMIT University, Melbourne Australia, Linda creates transdisciplinary projects across early childhood, creative practice, and digital media. Together with Jacina Leong, Linda is a founding member of the Guerrilla Knowledge Unit, an artist collective that curates interface jamming performances between the public and AI-enabled technologies. Linda has exhibited in Australia, UK, USA, and Canada and has been awarded arts research grants and prizes with international reach and impact. Linda’s current research includes a Queensland Education Horizons project to map children’s science learning through nature play, and an Australian Research Council Discovery project to explore how novel technologies frame and enable young children’s active play.

2 thoughts on “Inefficient Mapping: A Protocol for Attuning to Phenomena”