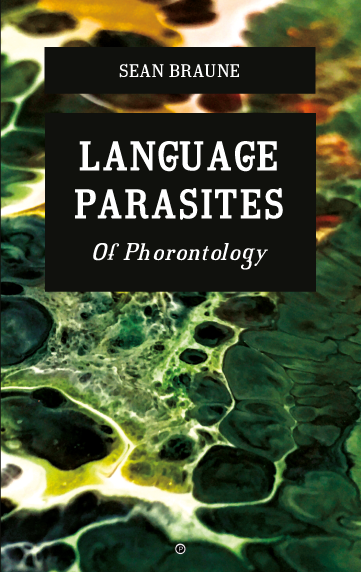 Who speaks when you speak? Who writes when you write? Is it “you”—is it the “I” that you think you are? Or are we the chance inheritors of an invasive, exterior parasite—a parasite that calls itself “Being” or “Language?” If our sense of self is best defined on the basis of an exterior, parasitical force that enters us from the outside, then the “self” is no longer a centralized or agential “inside,” but rather becomes reconfigured as the result of an “outside” that parasitizes the “inside”-as-host. Rough versions of this model can be found in several traditions of continental philosophy: in Lacan, Derrida, Serres, Kristeva, Foucault, Baudrillard, to name a few. However, the full implications of this ontological model have yet to be addressed: what are its consequences for a theory of subjects, objects, and the agencies that intersect with them? How does this framework alter our understandings of the human and the non-human, the vital and the material?

An off-kilter point of view is required to consider this historical and philosophical situation. Language Parasites argues that the best way to conceive of the “self” or “subject” as something linguistically and ontologically constituted by an aggressive and parasitical outside is by asking the following question: “what is the being of a parasite?” In addressing this challenge, Braune combines speculative philosophy with ’Pataphysics (the absurdist science, invented by Alfred Jarry, that theorizes a physics beyond both the para and the meta, resulting in the pata). These theoretical collisions betray a variety of swerves that extend to the social (as a parasite semiotics), the cultural (as the invasive force of memes), the aesthetic (as the transition of postmodernism to postmortemism), the linguistic (as found in Saussure’s paranoid researches into the paragram), the poetic (as seen in Christopher Dewdney’s journey into “Parasite Maintenance” and Christian Bök’s attempts to embed a poem in a bacterium), and the literary (as para-cited in Henry Miller’s experience of housing a parasite named “Conrad Moricand”). The “voice” of the parasite can be found in what Saussure calls the “paragram”—the uncanny messages that lurk hidden underneath the written word. And what does the parasite say? Or, does its speech reject human ears?

If the voice of the parasite mutters in the ear of the subject, then an anterior theoretical listening—a phorontology—is required, one that can negate the anthropocentric regimes of binaristic thought: the dyads of good and evil, right and wrong, male and female, inside and outside, etc. Language Parasites effectively transjects these dyads and emerges from these revealed sites and para-sites with a banquet of new philosophical concepts. Each of these concepts—such as “postmortemism,” “hyperhistory,” “the subject-of” or the “transject”—is selected for its intrinsic usefulness: they are scalpels and tools that can helpfully transcend anthropocentric dyads in order to unveil the continua of the non-human.

Sean Braune holds a PhD from York University. His academic articles have appeared in Journal of Modern Literature, symplokē, Postmodern Culture, Canadian Literature, and elsewhere. When not writing philosophy, he writes poetry: his poems have appeared in numerous poetry journals and his first poetry chapbook, the vitamins of an alphabet, was published by above/ground press in 2016. Between 2012–2014, he guest lectured on experimental writing and storytelling at Yale University.

3 thoughts on “Language Parasites: Of Phorontology”