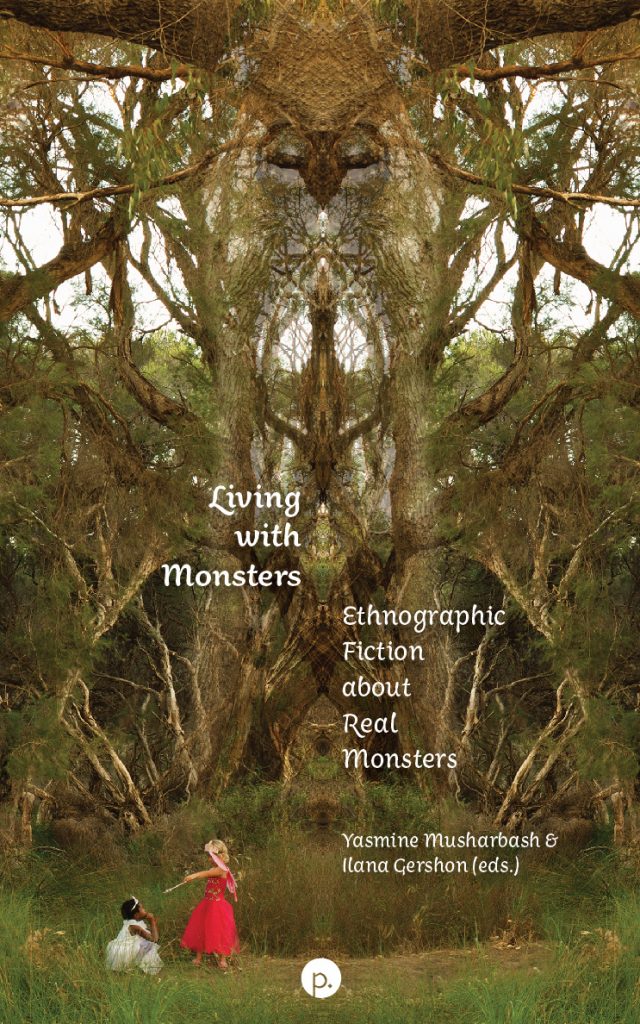 For every generic type of monster—ghost, demon, vampire, dragon—there are countless locally specific manifestations, with their own names, traits, and appearances. Such monsters populate all corners of the globe haunting their humans wherever they live. Living with Monsters is a collection of fourteen short pieces of ethnographic fiction (and a more academically inclined introduction and afterword) presenting a playful, spirited, and engaging look at how people live with their respective monsters around the world. They focus on the nitty-gritty dos and don’ts of how to placate spirits in India; how to domesticate Georgian goblins, how to live with aliens, how to avoid being taken by Anito in Taiwan, while simultaneously illuminating the politics of monster–human relations.

In this collection, anthropologists working in fieldsites as diverse as the urban Ghana, the rural US, remote Aboriginal Australia, and the internet present imaginative accounts that demonstrate how thinking with monsters encourages people to contemplate difference, to understand inequality, and to see the world from new angles. Combine monsters with experimental ethnography, and the result is a volume that crackles with creative energy, flouts traditions of ethnographic writing, and pushes anthropology into new terrains.

Yasmine Musharbash is Senior Lecturer and Head of Discipline (Anthropology) at the School of Archaeology & Anthropology at the Australian National University. She conducts participant observation-based research with Warlpiri people in Central Australia with a particular focus on relations: among Warlpiri people on the one hand and between them and non-Indigenous people, fauna, flora, the elements, and monsters, on the other. She is the author of Yuendumu Everyday (Aboriginal Studies Press, 2008) and of a number of co-edited volumes, including two about monsters that she co-edited with GH Presterudstuen: Monster Anthropology in Australasia and Beyond (Palgrave MacMillan, 2014) and Monster Anthropology: Ethnographic Explorations of Transforming Social Worlds through Monsters (Routledge, 2020).

Ilana Gershon is the Ruth N. Halls professor of anthropology at Indiana University and studies how people use new media to accomplish complicated social tasks such as breaking up with lovers and hiring new employees. She has published books such as The Breakup 2.0 (Cornell University Press, 2012) and Down and Out in the New Economy (University of Chicago Press, 2017), and has edited two other volumes of ethnographic fiction on work and animals. She has been a fellow at Stanford’s Center for Advanced Study in the Behavioral Sciences, at Notre Dame’s Institute for Advanced Study and is currently a visiting professor at the University of Helsinki. She is presently writing a book how working in person during a pandemic sheds light on the ways workplaces function as private governments.