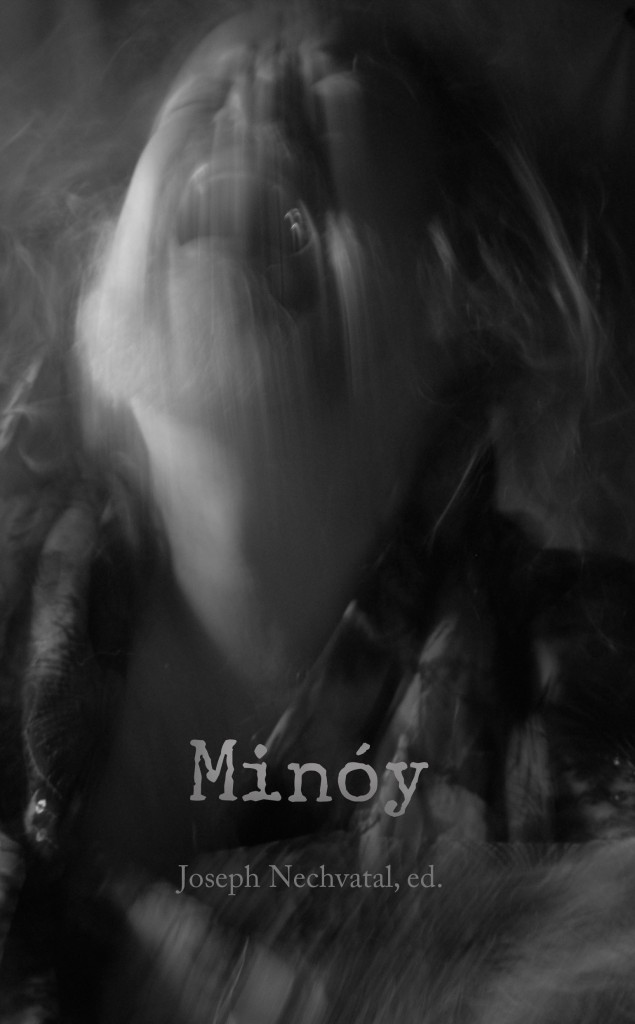 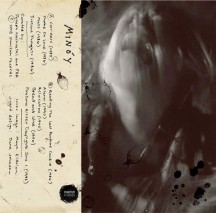 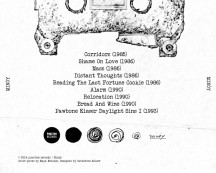 Minóy is a rescue operation with several life rafts. Minóy-the-book provides an introduction and overview to the important noise music artist Minóy — the pseudonym of American electronic art musician and sound artist Stanley Keith Bowsza (1951-2010). Minóy’s audio compositions, often conjuring up an enigmatic world of almost dreadful depth, earned him a key position in the homemade independent cassette culture scene of the 1980s.

Minóy-the-CD (available HERE) makes available nine of Minóy’s audio compositions that span the years 1985 to 1993. These were drawn from recently discovered archival material and selected by the editor and artistic director of the project, Joseph Nechvatal, in collaboration with composer Phillip B. Klingler (PBK). Klingler (co-producer and sound engineer) houses the Minóy archive and has re-mastered the tracks, most of which have never been heard before (it was thought that Minóy stopped recording in 1992).

Minóy-the-book contains two written monograms of Minóy, one by close friend Amber Sabri and one by artist and art theoretician Joseph Nechvatal. There are three additional essays by Nechvatal, the first of which, “The Obscurity of Minóy,” recounts the history of the recovery of the audio material from obscurity. In the subsequent essays (“The Aesthetics of an Obscure Monster Sacré” and “Hyper Noise Aesthetics”), Nechvatal reflects on the artistic benefits of obscurity and situates Minóy’s deep droning palimpsest soundscapes within an original aesthetic-theoretical context of an obscure monster sacré, and also examines Minóy’s legacy in terms of current aesthetic responses to the surveillance state, couching Minóy’s mysterious and excessive compositions in terms of a general art of noise. In total, Minóy’s work undergoes a critical intricacy in terms of a contemporary art practice engaged in the fragile balance between production of, and resistance to, perceptibility. Nechvatal brings a subversive reading to Minóy’s work by presenting it as a form of hyper-noise artistic gazing, based in the flipping of figure and ground. The book also contains sixty black and white portrait images from the Minóy as Haint as King Lear series that photographer Maya Eidolon (Amber Sabri) created before his death in collaboration with Minóy (then known as Haint) and Stuart Hass (Minóy’s lifetime partner).

Since 1986, artist Joseph Nechvatal has worked with ubiquitous electronic visual information, computers and computer-robotics. His computer-robotic assisted paintings and computer software animations are shown regularly in galleries and museums throughout the world. He is the creator of the noise music opus viral symphOny. Richard Milazzo describes Nechvatal’s theoretic output as “a systematic onslaught of critical theory.” Nechvatal earned his PhD in the philosophy of art and new technology at The Centre for Advanced Inquiry in the Interactive Arts (CAiiA) and has taught at the School of Visual Arts in New York City (SVA). His book of essays Towards an Immersive Intelligence: Essays on the Work of Art in the Age of Computer Technology and Virtual Reality (1993-2006) was published by Edgewise Press in 2009. In 2011, his book Immersion Into Noise was published by the University of Michigan Library’s Scholarly Publishing Office in conjunction with the Open Humanities Press. His archive is housed at The Fales Library (Downtown Special Collection) at N.Y.U. in New York City.