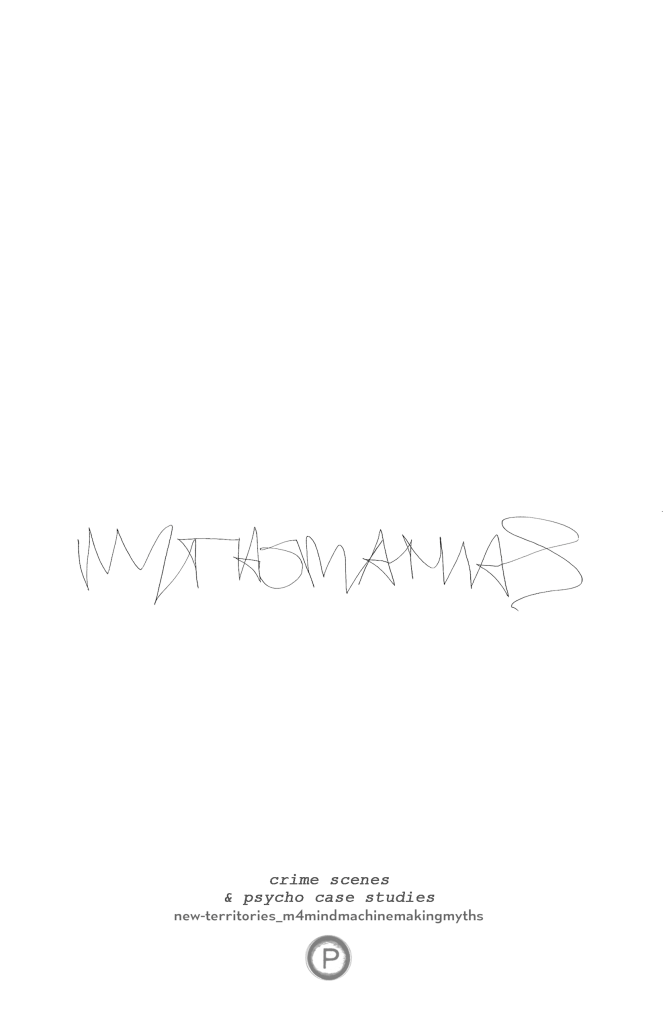 mythomaniaS is a catalog of case studies in the form of film stills, architectural fragments, stage props, texts, and images culled from the experiments of MindMachineMakingMyths (Lab M4, part of the New Territories architecture studio, Bankgok, Thailand), a collaboration begun in 2012 between Camille Lacadee and François Roche to construct environmental-architectural psycho-scapes (in the partly fabricated wilds of various countries) as laboratory-shelters for exploring and deconstructing the supposed rifts between realism and speculative fiction (myth), psyche and environment, body and mind. Bringing together architecture, Deleuze and Guatarri’s schizoanalysis and deterritorialization, and Alfred Jarry’s pataphysics (the “science of imaginary solutions which symbolically attributes the properties of objects, described by their virtuality, to their lineaments”), Lacadee and Roche (and their tribe, Ezio Blasetti, Stephan Henrich, Danielle Willems, Gwyll Jahn, and many others) enacted and filmed mise-en-abymes in which certain scripted para-psychic narratives and architectural structures merge in the pursuit of reclaiming resilience — described by Roche as a tactic for merging refusal and vitality into a schizophrenic logic able to navigate the antagonism between the bottom-up and top-down conditions of the globalized world. In these fabricated schizoid psycho-nature-machine-scapes, the human being is no longer a bio-ecological consumer but a psycho-computing animal that emerges co-dependently with its environment in a hyper-local haecceity (“this-ness”). 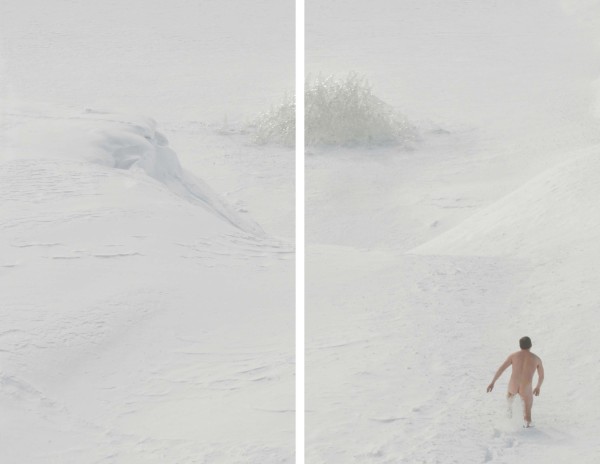 In the vein of Situationist psychogeography (“the study of the precise laws and specific effects of the geographical environment, consciously organized or not, on the emotions and behavior of individuals”), each scenario fabulates geo-architectural conditions of human exile, solitude, and pathology drawn from narratives of the forbidden and taboo: the true story of an old Indian book collector exiled from his community on the suspicion of atheism, who finds refuge in a tear-collecting shelter (“Would Have Been My Last Complaint”); a scientist captured by a water spirit who remains trapped like a fish in the mindscape of a fish butcher (Although (in) Hapnea); a monster-boy endomorph constantly overfed and protected by a claustrophilic antidote-jacket produced by the excess of his incestuous mother’s love ((beau)strosity); Ariadne, labyrinth overseer, floating between two macho spirals, testosteroned Theseus and alcoholic Dionysus (Naxos, Terra Insola); the feral child — innocent, naïve, and obscene — in the deep jungle, auscultated by a scientistic voyeurism (The Offspring); etc. Each of these scenarios (designed as “shelters” where mind, environment, and architecture co-map each other) unfolds a “mythomania” in which each character transforms, and is transformed, para-psychically, by the environment, in a sort of biotope (habitat) feedback experiment.

Ultimately, Lacadee and Roche want to create — via architecture and design, myth (literature), and psycho-geography — various conditions for schizoid passages between realism and fiction, expertise and knowledge, mind and built environment, narrative and topology, in order to bring about new strategic-tragic co-dependencies as forms of schizoid resistance to the usual identity regimes, and to also reboot architecture as a form of psycho-social praxis and non-necrotic speculation. 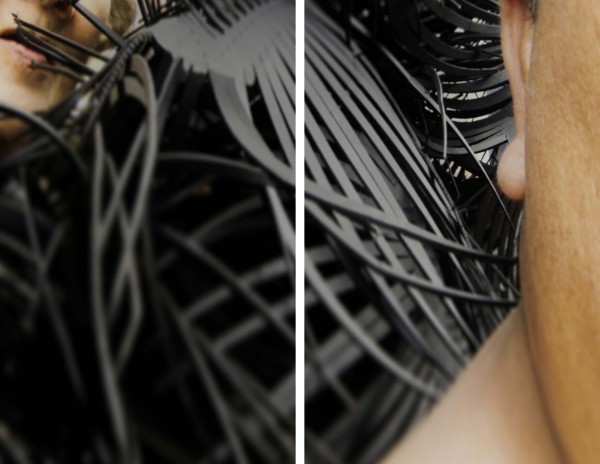 … Would Have Been My Last Complaint

Camille Lacadee is the Co-founder of Lab M4 (MindMachineMakingMyths) and the [eIf/bʌt/c] Institute for Contingent Scenarios (in film and architecture), both part of the New Territories architecture studio, Bangkok, Thailand. On a tightrope between architecture and film, Lacadee’s primary interest is in the physical manifestation of psycho-pathologies, through the interactions of  stage props (sets) and short films, as a Siamese bi-production. She graduated in 2009 from Ecole Speciale d’Architecture in Paris, and since then has lived and worked in Asia (Japan, India, and Thailand), where she is currently co-leading the New Territories architecture studio while teaching workshops and studios in several universities around the world.

François Roche is Co-founder and Principal of New Territories, a platform for research and practice, including R&Sie(n), an architecture studio based in Paris, and Co-founder of Lab M4 (MindMachineMakingMyths) and the [eIf/bʌt/c] Institute for Contingent Scenarios (in film and architecture), Bangkok, Thailand. Through these different identities Roche seeks to articulate the passages between the real and fictional, as well as the geographic situations and narrative structures that can transform the relations between them. Roche’s work has been shown at, among other places, Venice Architecture Biennale (8 times), International (Arsenal) and National (French, Austrian, …) Pavilions, and ICA (London), Mori Art Museum (Tokyo), Centre Pompidou (Paris), MAM (Paris), and the Tate Modern (London), as well as at university architecture galleries such as as Columbia University, UCLA, etc. Roche has also led courses in architecture at the Bartlett School (London), University of Pennsylvania (Philadelphia), GSAPP (New York), and Anguewandte (Vienna), among other sites.