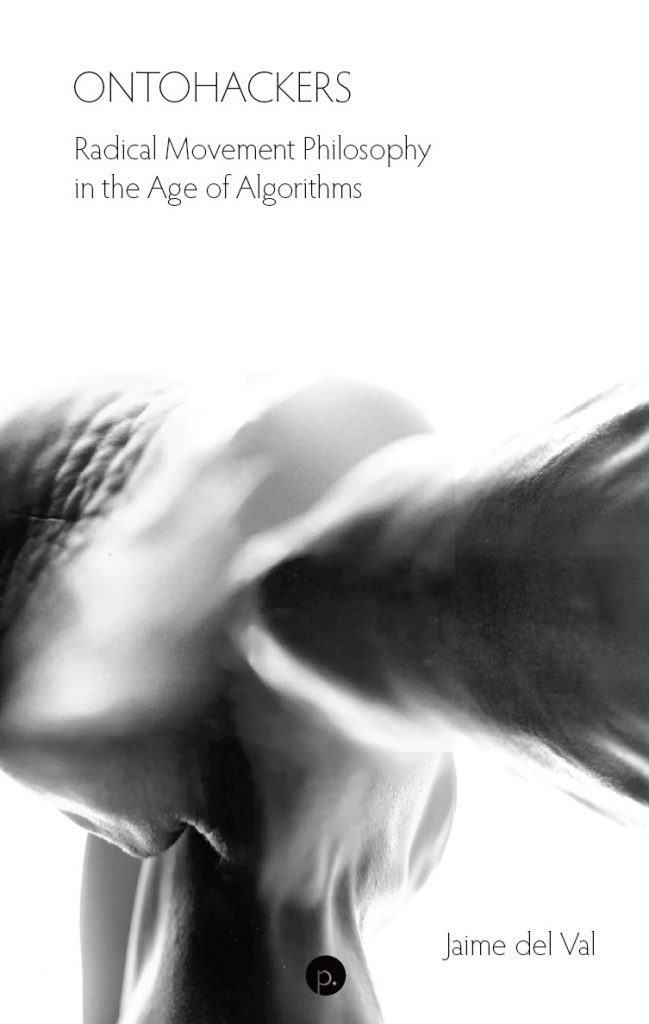 “In Ontohackers Jaime del Val unfurls a unique theory of the body, in consonance with Deleuze and Guattari’s exhortation: “look only at the movements!” Drawing on a broad range of philosophical sources, ancient and modern, and in dialogue with complexity theory and embodied cognition, Del Val develops his own highly original approach to the body in movement – or more precisely, to the body as movement.” ~ Brian Massumi, University of Montréal

Ontohackers redefines what movement, worlds, and bodies are through the sense of proprioception reconceptualized as formless fluctuation field, a movement matrix that is itself also thought, and which underlies all life forms and fields including the inorganic. Our worlds are made of endless such entangled fields n-folding in never ending variation or enferance. The current planetary crisis has emerged due to an accidental evolutionary alignment, narrowing, and impoverishment of that matrix’s indeterminacy, that appeared gradually and eventually with bipedalism, and which created an imbalance between the larger proprioceptive field and its brain, and made the atrophied body extend itself technically in geometric fields gradually covering the planet, along with its fears, with disastrous consequences that are unleashing an unprecedented type of mass extinction and species suicide.

The reply to this crisis – which is urgently due if we are to reduce even slightly the collapse coming up over the next decades – is in recovering a lost sensorimotor plasticity which is also cognitive, affective, and relational plasticity, through developing movement technes for cultivating Body Intelligence (BI), reversing and taking elsewhere the failed evolution culminating in AI, stepping down from humanist suprematist pedestals, undoing our dependency from unsustainable killing machines of sedentary consumerism that impoverish experience, stopping the reproduction of a species that has become plague (by reversing heteronormative reproductive dogmas till we reach preagricultural population levels), and recovering the joys of moving with the world, in symbiotic mutation, towards unprecedented evolutionary variations: this is our cosmic responsibility for all life on Earth. 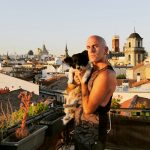 Jaime del Val (or Jayrion K. Val or JayVal or ValJayK) is a non-human, non-gendered, artist–philosopher–activist, ontohacker–metaformer and promoter of Metabody and Reverso. Since 2001 Jay develops transdisciplinary projects in the convergence of all the arts (performance, dance, media arts, visual arts, music, architecture), old and new technologies, philosophy, and activism, which have been presented in more than 30 countries on 4 continents, in many prestigious institutions (universities, festivals, museums), as well as in streets, refugee camps, squats, deserts or jungles. Jay promotes the art of metaformance and the technes of ontohacking and BI. A referent in postqueer metahumanism, Jay has published over 120 essays, edited several journals, and organised over 60 international forums and conferences. As a queer and environmental activist Jay has led international initiatives. As a musician Jay has recorded 13 albums, and exhibits work as a visual artist.  Jay is neurodiverse mestiza, non-binary microsexual, vegan trans-species, is neither human nor cyborg, neither man nor woman, and is not on Facebook. After years travelling and in cities, Jay is now partly retiring with hir trans-species family to rural environments, developing technes for Planetary Health, in preparation of becoming a naked gatherer in a forest, dancing till death arrives. www.jaimedelval.com