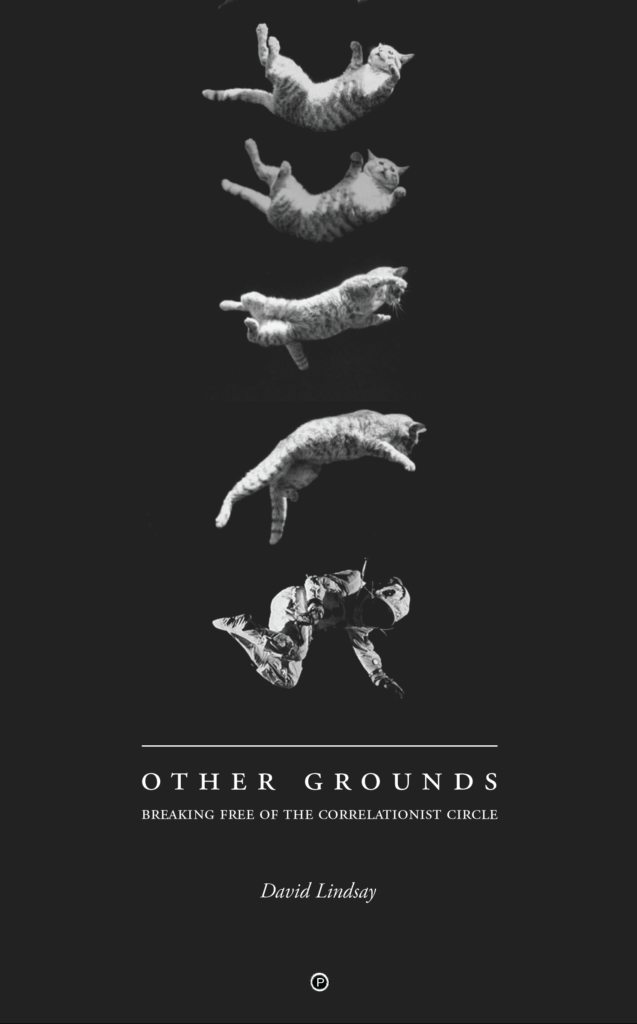 Is there any possibility of a fresh and concrete research into the secret contours of objects?

I would venture to suggest that even the meagre amount of knowledge of the use of the self contained in these pages may be sufficient to enable workers in all fields of investigation, whether in biology, astronomy, physics, philosophy, psychology, or any other, to realize that in their researches they have passed over a field of experience which, if explored, would add new material to the premises from which to make their several deductions.

~ F.M. Alexander, The Use of the Self

Is it possible to get outside your assumptions and know the world for what it is? As the 20th century came to a close, the verdict seemed to be a resounding “no,” but in recent years a renaissance in speculative thought has sparked new lines of inquiry into de-centering the human. Other Grounds enters this conversation with a decidedly lively voice and an ambitious project to match. Not only can we believe in a reality uncolored by our imaginations, says Lindsay, we can also experience it.

Closely argued yet expansive in its reach, Other Grounds is built on the premise that we are by our very nature de-centered – that more than one agent is at work in the human body, and that this plurality can serve as a gateway to the experience of otherness in general. Leading the reader with a steady hand through the literature on coincident entities, set theory and the kinesthetic work of F.M. Alexander, Lindsay makes the case for the possibility of objects interceding on us from their own grounds. The result is that rare specimen in the annals of critical thought: a book that is as reasoned as it is readable, as sage as it is sardonic, and unmistakably original throughout.

David Lindsay comes to his subject from an unabashedly eclectic background. The author of several non-fiction books on inventors and numerous articles and essays, he co-founded the legendary musical group They Might Be Giants and the avant-garde klezmer band The Klezmatics, for whom he wrote the lyrics for “Man in a Hat.” He has collaborated with the visionary saxophonist Ornette Coleman and the innovative conductor Butch Morris, and contributed to the object-oriented ontology journal Thinking Nature. Lindsay lives in upstate New York with his wife and two sons, pursuing philosophy as the culmination of his many lifelong interests.