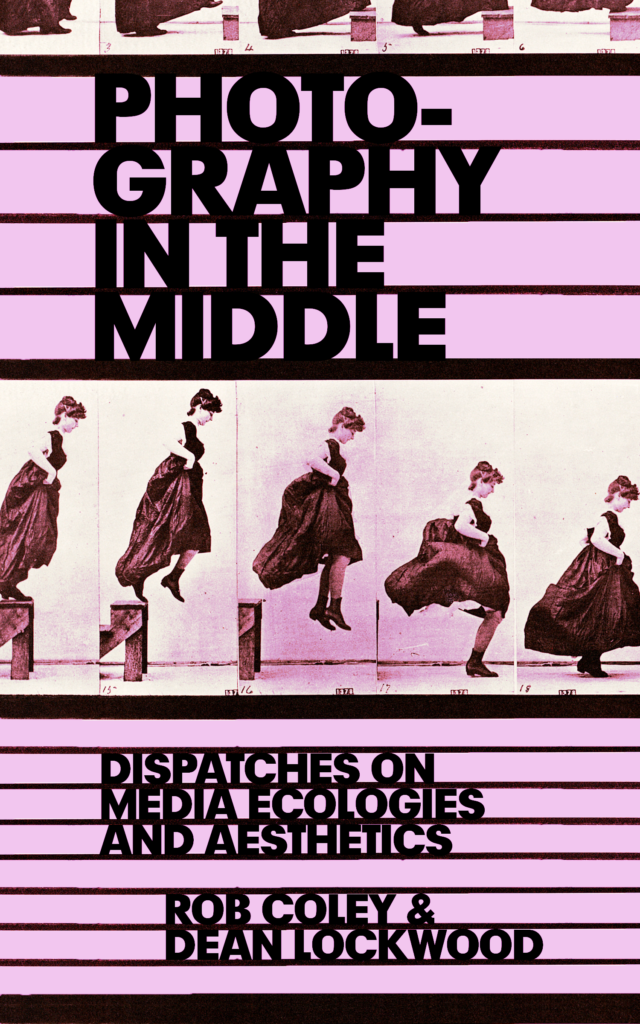 This is a brilliant book, at once theoretical and performative: it at once presents a methodology for approaching contemporary culture, and exemplifies this methodology in its approach to a number of photographic archives. The aim could be described as a 21st-century version of what Oscar Wilde invoked as the aim of criticism: ‘to see the object as in itself it really is not.’ That is to say, the authors’ object is not to give an accurate account of these photographic archives, or of the truths about the world that they might contain, but rather to excavate and disseminate the ways that these photographic archives interrupt the processes of the world, negate things as they are, and open up voids and gaps through which differences might enter. Coley and Lockwood address some of the most important debates or discussions going on in contemporary cultural theory, offer the first real account of how Burroughs still remains relevant in the 21st century, and in particular give their own inflection to the ‘nonhuman turn’ in what we (semi-ironically) still must call the humanities and human sciences. I found this book invigorating and a stimulus to thought, even though (as well as because) not the least of the authors’ accomplishments is to warn us away from such positivity.

It’s easy to forget there’s a war on when the front line is everywhere encrypted in plain sight. Gathered in this book’s several chapters are dispatches on the role of photography in a War Universe, a space and time in which photographers such as Hilla Becher, Don McCullin and Eadweard Muybridge exist only insofar as they are a mark of possession, in the sway of larger forces. These photographers are conceptual personae that collectively fabulate a different kind of photography, a paraphotography in which the camera produces negative abyssal flashes or ‘endarkenment.’ In his Vietnam War memoir, Dispatches, Michael Herr imagines a ‘dropped camera’ receiving ‘jumping and falling’ images, images which capture the weird indivisibility of medium and mediated in a time of war. The movies and the war, the photographs and the torn bodies, fused and exchanged. Reporting from the chaos at the middle of things, Herr invokes a kind of writing attuned to this experience. Photography in the Middle, eschewing a high theoretical mode, seeks to exploit the bag of tricks that is the dispatch. The dispatch makes no grand statement about the progress of the war. Cultivating the most perverse implications of its sources, it tries to express what the daily briefing never can. Ports of entry in the script we’re given, odd and hasty little glyphs, unhelpful rips in the cover story, dispatches are futile, dark intuitions, an expeditious inefficacy. They are bleak but necessary responses to an indifferent world in which any action whatever has little noticeable effect.

As luck would have it, Photography in the Middle begins with some nasty accidents, and extracts from the wreckage a few lessons learned. Dusting itself off, it ships out and puts up with a bunch of battle scarred, big gun photojournalists in the Holiday Inn of a typical world city. Later, it immerses itself within the leaked files of an enigmatic police cabal which detail the surveillance of conceptual photographers Bernd and Hilla Becher, an operation that even extends to the duo’s dreams. Further back in time, in 1897, we are invited to an inflammatory, yet patchily documented public lecture given by the Titan, Muybridge.

More than any other, it is William Burroughs, conceived here as a war photographer, who is our tutelary figure, hovering over all these pages in his attempt to map emergent vectors of mediation, ever more intimate forms of control and accelerants of planetary catastrophe. Burroughs believed that it was necessary to both keep pace with and formulate new vectors, vectors that might act as intersections with a nonhuman outside. Photography has an agency of its own, one that scrambles the patterns and refrains of mediation upon which human life is based, glitching the human and provoking relations with external coordinates. With Burroughs, and other inspirations such as J.G. Ballard, Georges Bataille, Tom McCarthy and Eugene Thacker, our notion of the dispatch does not offer positive knowledge of something that we can reconcile with existing rational explanations, but rather the revelation of a nightside, our redundancy in a photography that suspends all operations in a general blindness. 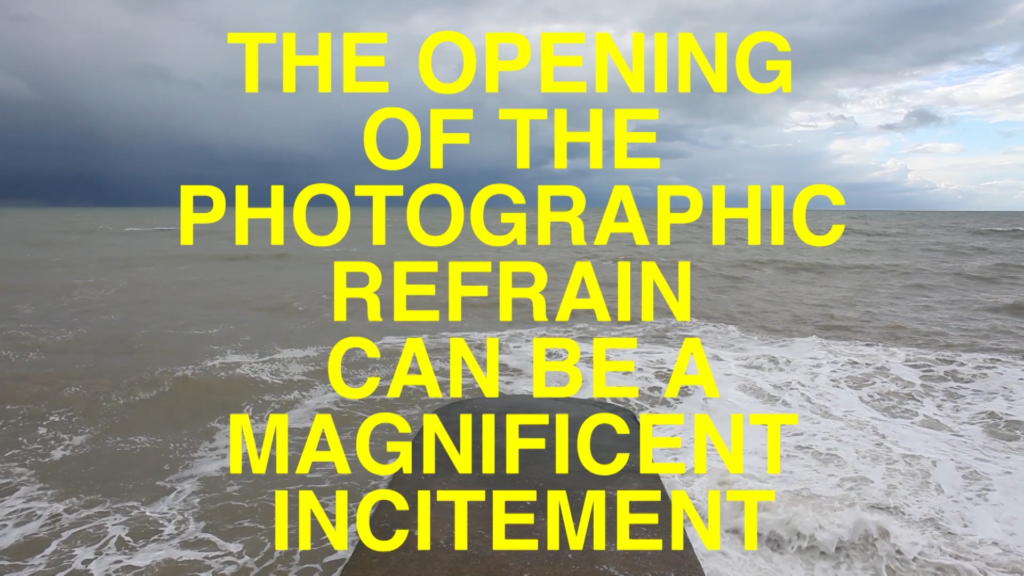 Rob Coley and Dean Lockwood are lecturers in the School of Film and Media at the University of Lincoln, UK. They are the authors of Cloud Time: The Inception of the Future (Zer0 Books, 2012) and the editors of a special ‘Drone Culture’ issue of the journal Culture Machine (2015). Rob and Dean are also members of The Society for Ontofabulatory Research.

One thought on “Photography in the Middle: Dispatches on Media Ecologies and Aesthetics”