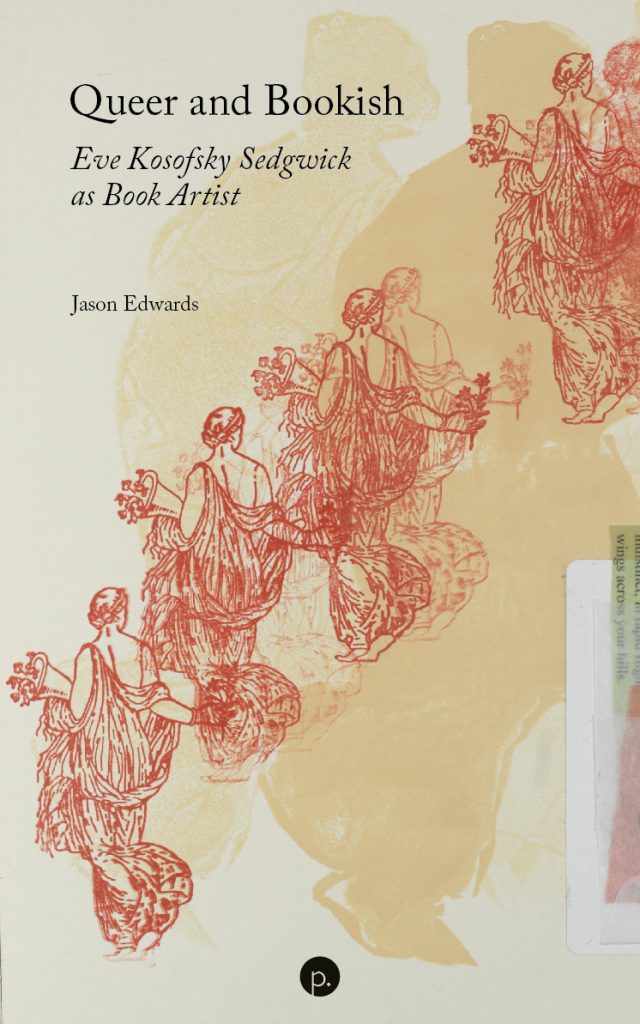 Queer and Bookish: Eve Kosofksy Sedgwick as Book Artist represents the first book-length study to explore the intersections of Sedgwick’s critical writing, poetry, and, most importantly, book art, making the case that her art criticism, especially her meditations on domestic and nineteenth-century photography, and “artist’s book” projects are as formally complex and brilliant, conceptually significant and life-changing, as her literary criticism and theory. In addition, the book represents a significant intervention into recent debates about reparative reading, surface reading, and the descriptive turn across the humanities, because of its sustained, positive accounts on Sedgwick’s books as visual, textural, and material objects.

Jason Edwards is a Professor of Art History at the University of York, where he works at the intersections of queer and vegan theory, and on British art history in its global contexts in the period from c.1760-1940. He is the author of the Routledge Critical Thinkers volume on Eve Kosofsky Sedgwick (Routledge, 2009) as well as the editor of Bathroom Songs: Eve Kosofsky Sedgwick As a Poet (punctum books, 2017), which includes Sedgwick’s uncollected poems. In addition, Jason is also the author of Alfred Gilbert’s Aestheticism (Ashgate 2006), and the co-editor of special issues of journals and edited collections on Grinling Gibbons, Joseph Cornell, the British School of Sculpture c.1760-1832, Victorian sculpture in its global contexts, the Arts and Crafts and Aesthetic interiors, and homoeroticism, art and aestheticism in Victorian Britain. Jason has also co-curated exhibitions on Turner’s whaling imagery, Alfred Gilbert, and Victorian sculpture more broadly, at Tate Britain, the Yale Center for British Art, Hull Maritime Museum, Lotherton Hall, and the Henry Moore Institute for the Study of Sculpture, in Leeds. Jason’s forthcoming book Queer Craft deals with Sedgwick’s work as a fiber artist.