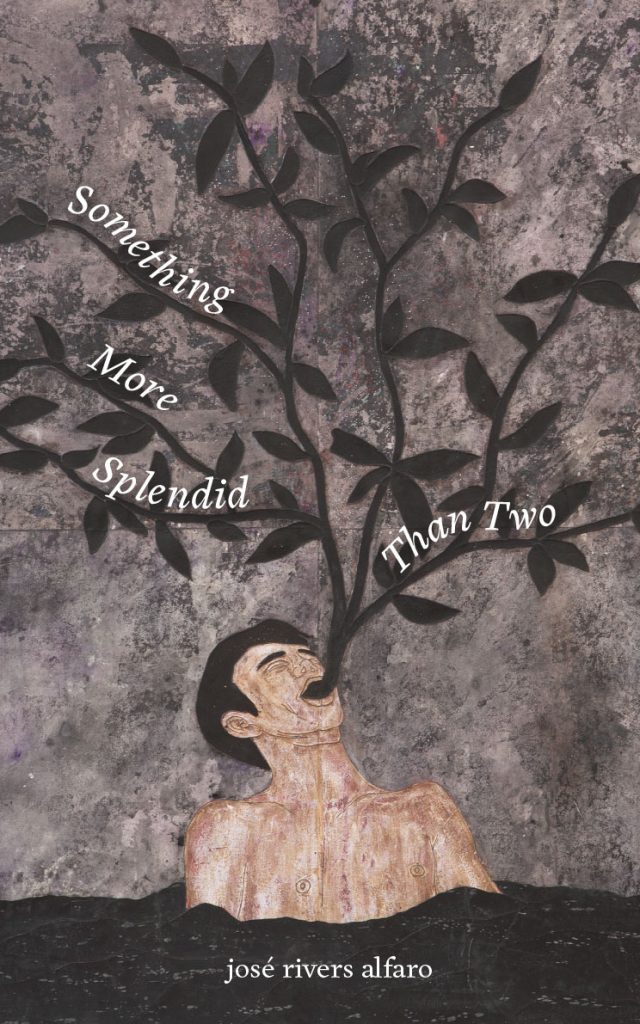 “A brilliant blend of lyricism and rigorous critique, Something More Splendid Than Two seamlessly braids the story of folk hero turned outlaw, Joaquín Murrieta, with a family history’s complicated relationship to language, colonialism, and patriarchy. I truly marveled at alfaro’s uncompromising search for the origin of a wound that has not/cannot heal without a radical, honest, and meticulous reckoning of the failed solidarities between different marginalized people, between the author and their past. The triumph of this story is its testament to the beauty and pain of survival, the lengths we must take to endure.”

~ Marcelo Hernandez Castillo, author of Children of the Land

“In the spirit of Audre Lorde’s Zami and Gloria Anazaldúa’s Borderlands/La Frontera, Something More Splendid Than Two exquisitely weaves myth, poetry, historical research, family lore, personal reflection, and literary analysis to create a hybrid text that inspires, devastates, and moves. Drawing upon the mythology of 19th-century outlaw and Chicanx folk hero Joaquín Murrieta, josé rivers alfaro illuminates in sumptuous language the devastating effects of colonized masculinity, especially for those living across and between the US–Mexico border. Particularly affecting is alfaro’s ability to trace the ways in which intergenerational trauma and failed opportunities for solidarity shape but never determine his own life as a queer Chicano writer, teacher, and son. Combining rigorous scholarship with lyrical self-reflection, Something More Splendid Than Two dismantles the binaries that structure colonial violence and invites us to choreograph new possibilities for healing and kinship across time and space.”

“josé rivers alfaro’s Something More Splendid Than Two invites readers into multiple spaces, and multiple experiences, of critical intimacy, each of them charged with vulnerability, and conflict, and transport, and pleasure. Readers, however, will have to decide for themselves what counts as most, and what counts as least, intimate, if making that decision is even possible: these trans-formal, polylingual written performances, often at once lyrical, analytical, expository, and narrative, manifest experiences of imaginative, intellectual contact suggesting how the practice of research can be as personal (and, therefore, as oppressive as it is empowering, as wounding as it is enlightening) as the practice of kinship, or the practice of reading, or the practice of culture. alfaro’s work rereads multiple pasts to imagine multiple futures heretofore impossible to conjure, and now possible to make: Chicanx, Latinx, Indigenous, and Queer literatures will be changed, for the better, thanks to what we find here.”

Blending literary analysis and memoir, Something More Splendid Than Two is at once an excavation of intergenerational wounds, a dance number, a poem, and a fraught love letter from son to father that disrupts the dominant narratives surrounding the life and myth of Joaquín Murrieta. In the Mexican American imaginary, the legend of Joaquín Murrieta has been recast to explain the wounding of Mexican American men after the 1848 border formation. In these versions, Joaquín is a vigilante hero and the patriarchal father of the Chicanx movement.

Revisiting the most circulated version of the Joaquín myth, The Life and Adventures of Joaquín Murieta written by Cherokee writer John Rollin Ridge, the first published Native American author in the US, Something More Splendid Than Two offers an alternative to these versions. Stitching together multiple tangled histories of Indigenous and Mexican woundings living in the margins of Ridge’s 19th-century novel, alfaro opens a queer timeline where Chicanx and Indigenous solidarities can be imagined. By attuning to the choreographies of power and patriarchy that produced readers and writers like Ridge and the author of this book, josé rivers alfaro imagines that in that endless encounter between reader and writer, both time travel and collective healing are possible. 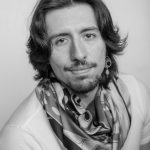 josé rivers alfaro is an artist who teaches writing and literature. Raised in Sacramento, California, he attended Cosumnes River College, the community college where he currently works as a professor. He earned his B.A. in English Literature at San Francisco State University and his Ph.D. in English at University of California, Riverside, focusing on 19th-century American Literature and Queer Latinx Studies. Before returning to Sacramento, he learned how to dance salsa and bachata. Since then, he continues to spend a lot of time thinking about how he can make the magic of the dance floor happen on the page.

One thought on “Something More Splendid Than Two”