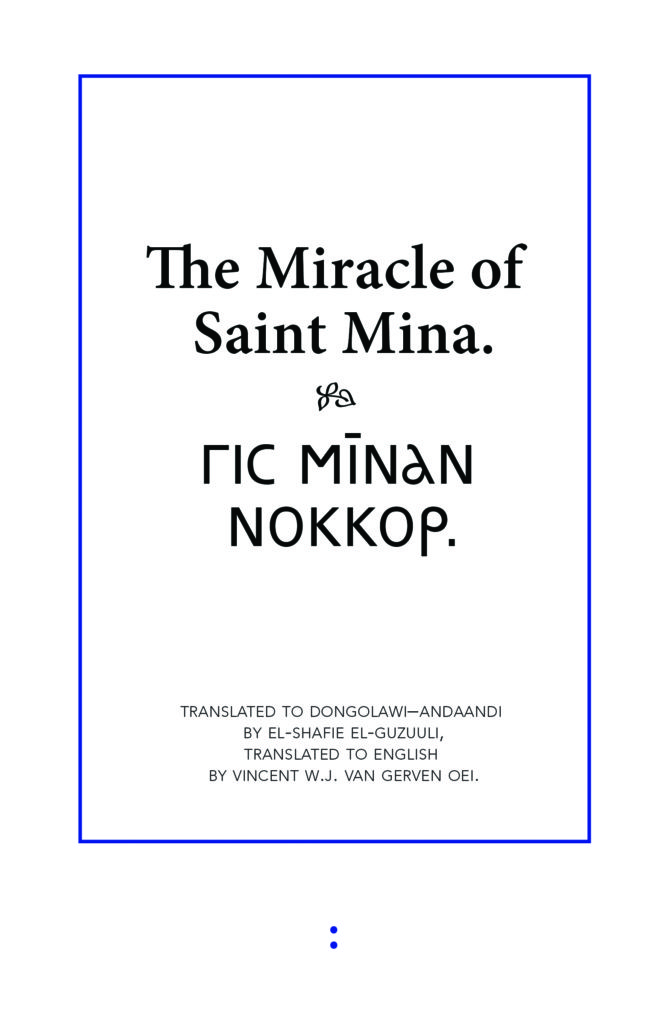 The Miracle of Saint Mina is one of the core texts in the small corpus of texts written in Old Nubian, a Nilo-Saharan language spoken between the third and fourth cataract of the Nile river until about the fifteenth century, and written in an adaptation of the Coptic script. It is one of the oldest written indigenous African languages. The Miracle of Saint Mina, most probably written around 1000 A.D., is a classical miracle story featuring one of the most well-known Egyptian saints. This publication features a translation of the text into one of the remaining modern Nubian languages, Dongolawi-Andaandi, by El-Shafie El-Guzuuli, thus establishing for the first time a link between the Old Nubian literary heritage and the contemporary colloquial language. The Old Nubian is also accompanied by a revised translation to English and a grammatical analysis.

El-Shafie El-Guzuuli Saeed is an electrical engineer and Dongolawi native from the village of Xannaag, located 3.5 km south of Dongola, Sudan. He is an advocate of the Andaandi language, working together with several linguists to preserve it. He currently lives in Doha, Qatar, and is married with five children.