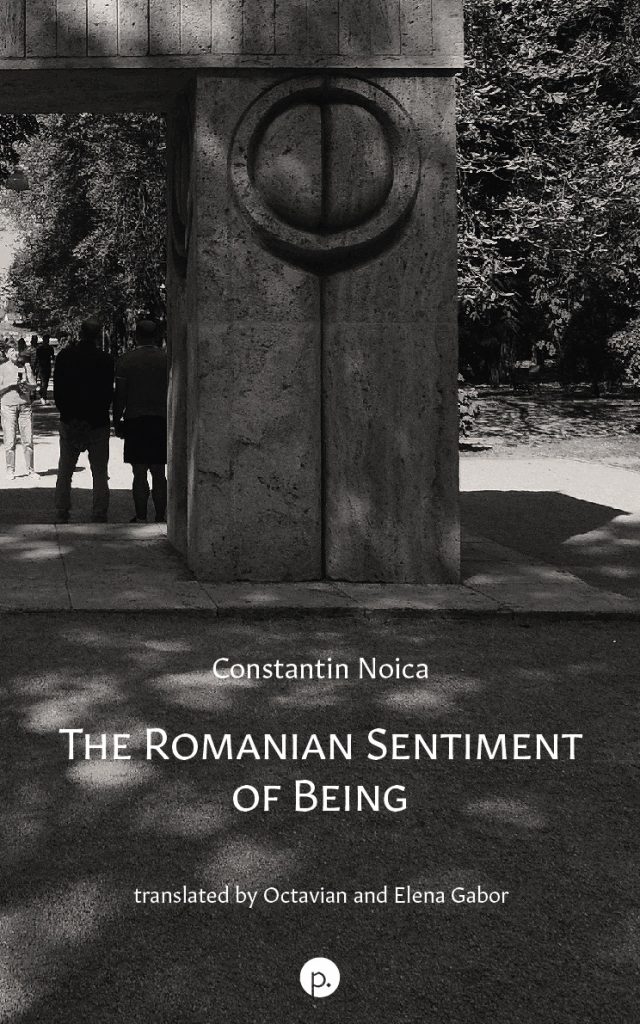 The link between language and thought formed a major new exploration of twentieth-century philosophy. Languages nuance our ideas and perceptions. Though from various angles, Heidegger, Derrida, Wittgenstein forged new ways of understanding the relationship between our views of the external world and our culturally and linguistically pre-determined modes of expression.

Another giant in this field of exploration is the Romanian philosopher Constantin Noica (1909–1987), who has so far remained generally unknown to the Western World because of the Iron Curtain. The Romanian Sentiment of Being (Sentimentul românesc al ființei), first published in Romanian in 1978, is a philosophical work at the intersection of metaphysics and philosophy of language. The title of this book may be deceptive. “Romanian” does not mean ethnically circumscribed; it does not limit ontology to nationality but rather reflects on how language can carry ontological thought.

The Romanian Sentiment of Being invites the readers to meditate on the fundamental theme of being and how it is expressed in a culture in time. This being in time marks the tension between moment and eternity, captured in the fairytale “Ageless Youth and Deathless Life” (“Tinerețe fără batrânețe și viață fără de moarte”), which Noica interprets in detail. The translation of the story will be found in the appendix. Noica also analyzes one of the most famous poems in Romanian, Mihai Eminescu’s “The Evening Star” (“Luceafărul”), and readers will find its translation in the appendix.

Constantin Noica (1909–1987) described his life as the autobiography of an idea and planned to write a book with the same title. The plan did not come to fruition; perhaps it was already fulfilled, since Noica’s life seems to have been absorbed in an idea, the love of wisdom, in which he and his disciples would partake. Noica published his first book, Mathesis sau bucuriile simple (Mathesis or the Simple Joys) when he was 25. Before World War II, he published three more books, in which we can see his preoccupation with the history of philosophy. The changes brought by the end of the war in his native Romania transformed the life of Constantin Noica as well. Considered an “anti-revolutionary” thinker, Noica was placed under house arrest in Câmpulung-Muscel between 1949 and 1958. In 1958, he was sentenced to 25 years in prison, and he was released after 6 years. Pray for Brother Alexander covers his experiences during this time. He continued to publish after 1964 and was followed by the Securitate, the secret police of the communist regime, until the end of his life in 1987.

Octavian Gabor is Professor of Philosophy at Methodist College. He works in Greek philosophy and has strong interests in Dostoevsky. Recent essays include: “Responses to Divine Communication: Oedipus and Socrates” (Philosophy and Theology, 2020), “Taming the Beast: Constantin Noica and Doing Philosophy in Critical Political Contexts” (Dialogos, 2019), “Justice between Mercy and Revenge in Sophocles’ Antigone and Plato’s Crito” (Lexicon Philosophicum: International Journal for the History of Texts and Ideas, 2019) and “Constantin Noica’s Becoming Within Being and Meno’s Paradox” (Companion to Classical Reception in Eastern and Central Europe, eds. Zara Torlone & Dana Munteanu. Blackwell, 2017). He has translated from French to Romanian and Romanian to English. His most recent translations are Andre Scrima’s Apophatic Anthropology (Gorgias, 2016) and Constantin Noica’s Pray for Brother Alexander (punctum books, 2018).

Elena Gabor, Ph.D., is Associate Professor of Communication at Bradley University, Peoria, IL, where she teaches and conducts research in organizational communication. She received her B.A. and her M.A. in Journalism/Media Management from the University of Bucharest, Romania. She received a second M.A. in Communication from Virginia Tech (Blacksburg, VA) and her Ph.D. in Organizational Communication from Purdue University (West Lafayette, IN). Her research has focused on organizational accidents, migration, identity and careers in groups such as wildland firefighters, immigrant women engineers, and classical musicians. Her work has appeared in Qualitative Research in Organizations and Management: An International Journal, in the International Journal of Wildland Firefighting, Journal of Ethnographic and Qualitative Research and Intercultural Communication Studies. She is the co-editor of the book Immigrants and Meanings of work: Communicating Life and Career Transitions (with Dr. Suchitra Shenoy-Packer, Peter Lang, 2016).

2 thoughts on “The Romanian Sentiment of Being”