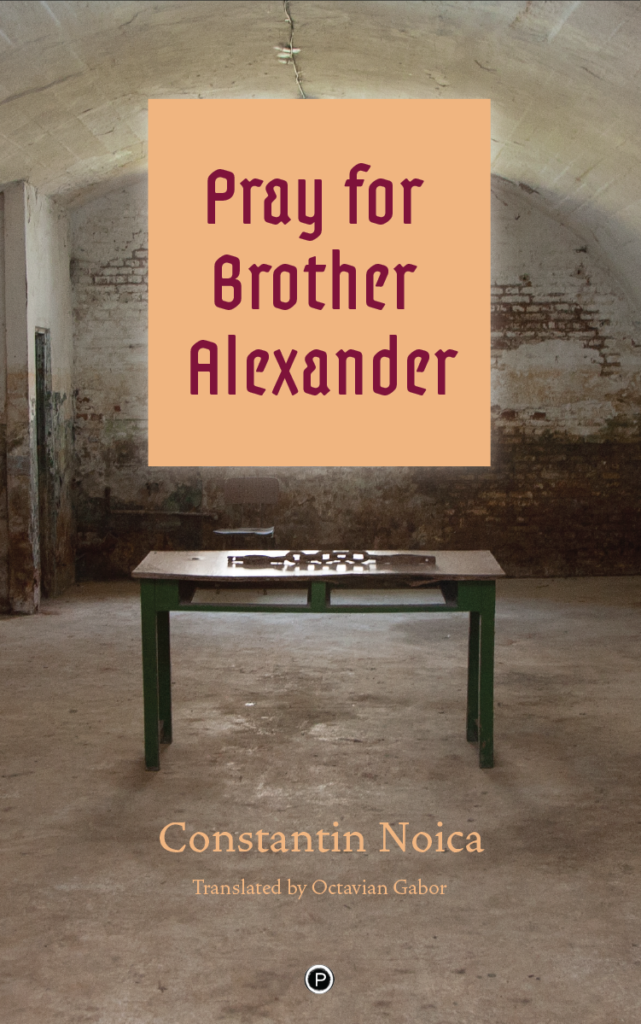 Constantin Noica’s (1909–1987) Pray for Brother Alexander is a meditation on responsibility, freedom, and forgiveness. On the surface, the book describes events and people from Noica’s life during his time in a political communist prison in Romania. However, the volume is not a historical account only, but rather an honest introspection into how a human being may keep sanity when everything around him makes no sense.

Unlike his famous Romanian contemporaries, scholar Mircea Eliade, dramatist Eugène Ionescu, and philosopher Emil Cioran, who lived abroad, Constantin Noica did not leave communist Romania. Considered an “anti-revolutionary” thinker, Noica was placed under house arrest in Câmpulung-Muscel between 1949 and 1958. In 1958, he was sentenced to 25 years in prison. He was released after 6 years, and Pray for Brother Alexander covers his experiences during this time. In his writings, Noica rekindles universal themes of philosophy, but he deals with them in a profoundly original manner, based on the culture in which he lived and for which he also suffered persecution.

The volume will be of great of interest to scholars and students in history of philosophy and continental philosophy, but also to people interested in the recent history of Eastern Europe and the political persecution that took place after WWII in those countries.

Constantin Noica (1909–1987) described his life as the autobiography of an idea and planned to write a book with the same title. The plan did not come to fruition; perhaps it was already fulfilled, since Noica’s life seems to have been absorbed in an idea, the love of wisdom, in which he and his disciples would partake. Noica published his first book, Mathesis sau bucuriile simple (Mathesis or the Simple Joys) when he was 25. Before World War II, he published three more books, in which we can see his preoccupation with the history of philosophy. The changes brought by the end of the war in his native Romania transformed the life of Constantin Noica as well. Considered an “anti-revolutionary” thinker, Noica was placed under house arrest in Câmpulung-Muscel between 1949 and 1958. In 1958, he was sentenced to 25 years in prison, and he was released after 6 years. Pray for Brother Alexander covers his experiences during this time. He continued to publish after 1964 and was followed by the Securitate, the secret police of the communist regime, until the end of his life in 1987.

Octavian Gabor is Associate Professor of philosophy at Methodist College. He works in Greek philosophy and has strong interests in Dostoevsky. His most recent publications include: “Two Kinds of Responsibility in Crime and Punishment” (in Mundo Eslavo) and “Noica’s Becoming within Being and Meno’s Paradox” in A Handbook to Classical Reception in Eastern and Central Europe (Blackwell, 2017). He has translated work from French to Romanian and Romanian to English. His most recent translation, in addition to Pray for Brother Alexander, is Andre Scrima’s Apophatic Anthropology (Gorgias, 2016).

4 thoughts on “Pray for Brother Alexander”