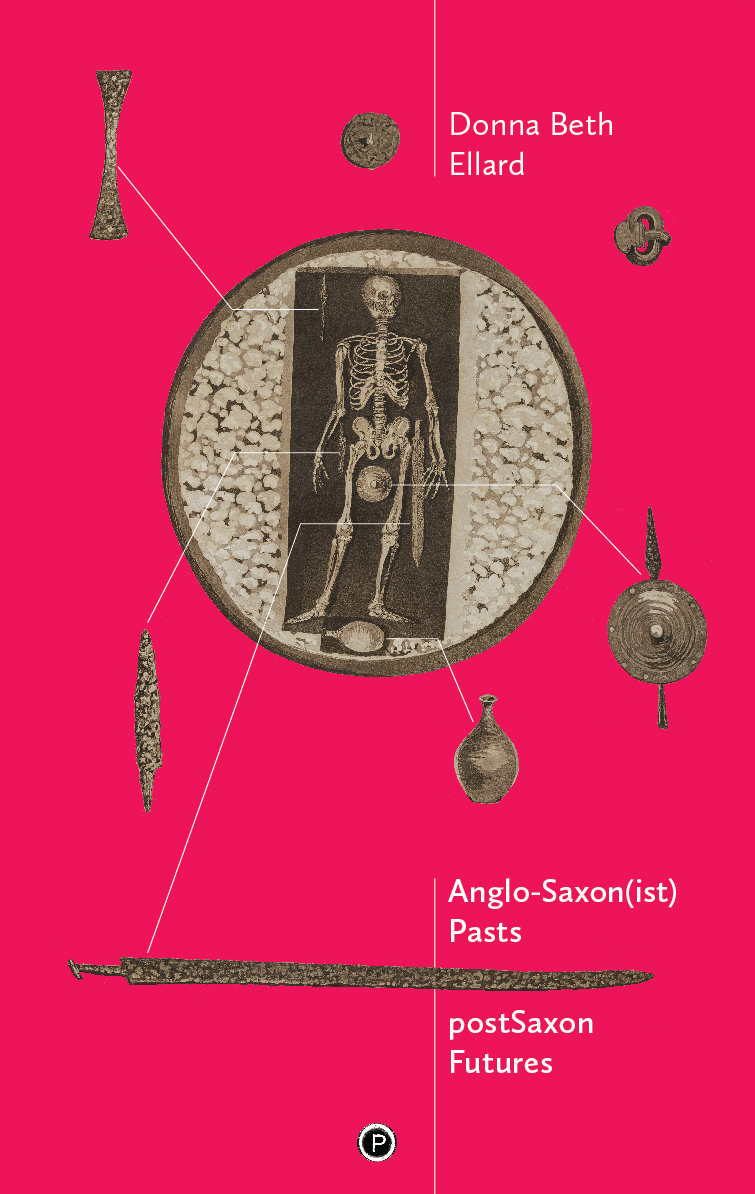 …despite the earnest efforts of medieval studies and English, the conversations that take place within these arenas remain largely tied to periodization, to Western canons, and to disciplinary methods that rarely consider one’s personal identity or the embodied aspects of scholarship. Anglo-Saxon(ist) pasts, postSaxon futures is thus a test case for not only what our identity politics have been in the past but also what they could become in the future if we continue to…harbor and maintain the ethno-political and methodological freight and its ghostly old guard of previous academic generations.

We are all, no matter how little we like it, the bearers of unwanted and often shunned memory, of a history whose infiltrations are at times so stealthy we can pretend otherwise, and at times so loud we can’t hear much of anything else. We’re still here — there differently than those before us, but there, otherwise known as here. And that matters for writers. That’s the first intuition. The second one is that it seems a lot of us here when asked to talk about race are most comfortable, or least uncomfortable, talking about it in the language of scandal. It’s so satisfying so clear, so easy. The wronged. The evildoers. The undeserving. The shady. The good intentions and the cyclical manipulations. The righteous side taking, the head shaking. Scandal is such a helpful, such a relieving distraction. There are times when scandal feels like the sun that race revolves around. And it is so hard to reel conversations about race back from the heavy gravitational pull of where we so often prefer them to be.

Anglo-Saxon(ist) Pasts, postSaxon Futures traces the integral role that colonialism and racism play in the field formerly known as Anglo-Saxon studies by tracking the development of the “Anglo-Saxonist,” an overtly racialized term that describes a person whose affinities are grounded in white nationalism. That scholars continue to call themselves “Anglo-Saxonists,” despite urgent calls to combat racism within the field, suggests that this term is much more than just a professional appellative. It is, this book argues, a ghost in the machine of early medieval studies—a spectral figure created by a group of nineteenth-century historians, archaeologists, and philologists responsible for not only framing the interdisciplinary field of “Anglo-Saxon” studies but for also encoding ideologies of British colonialism and Anglo-American racism within the field’s methods and pedagogies.

As Ellard herself writes, “When asked what I ‘do,’ I have found myself searching for words, calling myself ‘a former Anglo-Saxonist,’ ‘a recovering Anglo-Saxonist,’ or one who simply ‘works with Old English and Latin.’…Despite repeated awkwardness and embarrassment, I still can’t bring myself to return to the comfort of these old, inherited terms, and I have learned to sit in the professional blank space that has, for me, come to replace ‘Anglo-Saxonist.’…Many other paths, however, are possible, and in invoking the place-holder ‘postSaxon,’ this book hopes to begin a conversation within a once-‘Anglo Saxon’ studies that does not set its sights on coming up with new signifiers to replace old ones without excavating their troubled histories and the ways in which they give support to some of the most violent supporters of white supremacist beliefs. Rather, I hope that our shared field, whatever we might call it, will work privately and publicly to recognize that, whatever the ‘love objects’ that keep us affectively tied to ‘Anglo-Saxon’ and ‘Anglo-Saxonist,’ we must value and enact the work of mourning that will free us from these harmful ghosts.”

Anglo-Saxon(ist) pasts, postSaxon Futures is at once a historiography of Anglo-Saxon studies, a mourning of its Anglo-Saxonist “fathers,” and an exorcism of the colonial-racial ghosts that lurk within the field’s scholarly methods and pedagogies. Part intellectual history, part grief work, this book leverages the genres of literary criticism, auto-ethnography, and creative nonfiction in order to confront Anglo-Saxonist pasts such that we can begin to imagine speculative postSaxon futures inclusive of voices and bodies heretofore excluded from the field formerly known as Anglo-Saxon studies.

Donna Beth Ellard is an Assistant Professor at the University of Denver, specializing in Old English poetry. Her essays have been published in Exemplaria, postmedieval, and Rethinking History. She is co-founder of IONA (Islands of the North Atlantic), a professional organization dedicated to decolonizing early medieval studies and opening its doors to more inclusive, antiracist learning models and platforms.