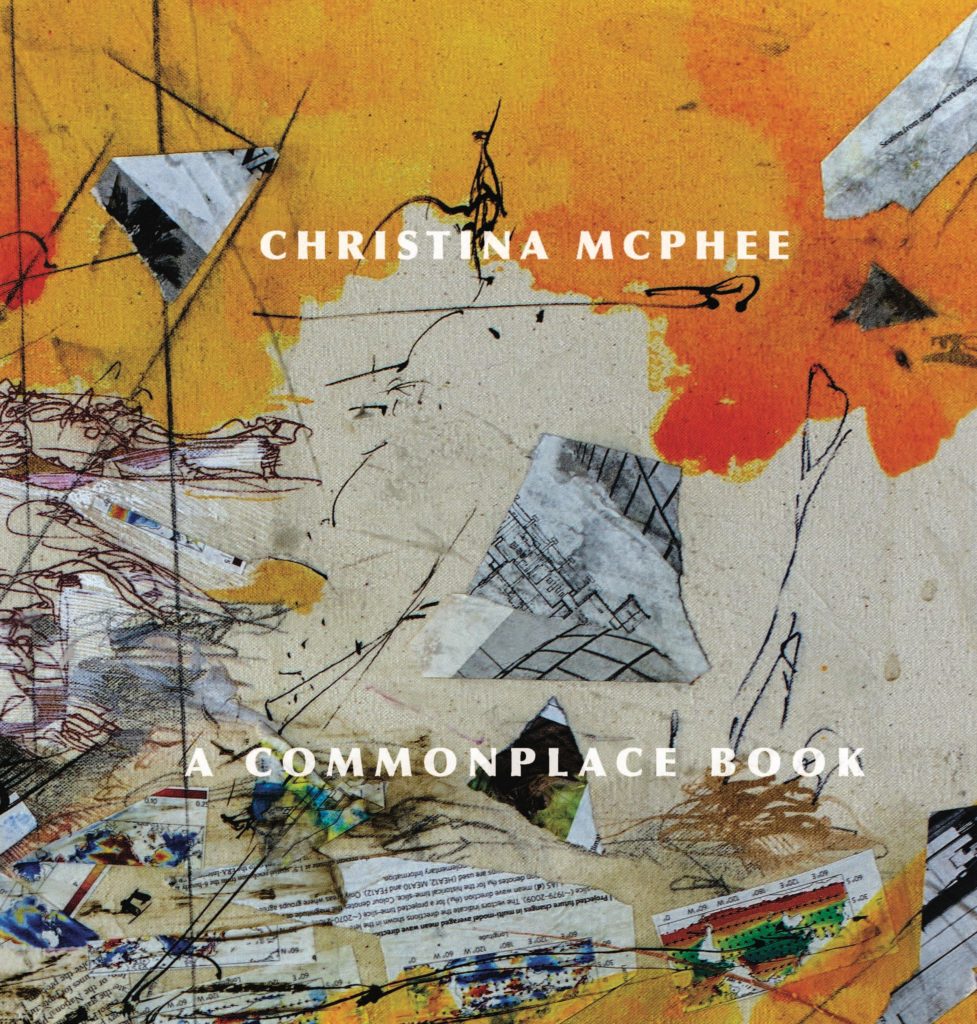 McPhee’s drawing, extended to and infiltrated with digital video, seems to outline a different and stranger project: that of creating as yet unknown material composites by aligning the rapid time-processing of our nervous systems with the emergent natures at actual sites of energy production or extraction.

Edited by Eileen A. Joy

Let us take down one of those old notebooks which we have all, at one time or another, had a passion for beginning. Most of the pages are blank, it is true; but at the beginning we shall find a certain number very beautifully covered with a strikingly legible handwriting….here we have copied out fine passages from the classics;…here, most interesting of all, lists of books that have actually been read, as the reader testifies with some youthful vanity by a dash of red ink.

~ Virginia Woolf, “Hours in a Library” 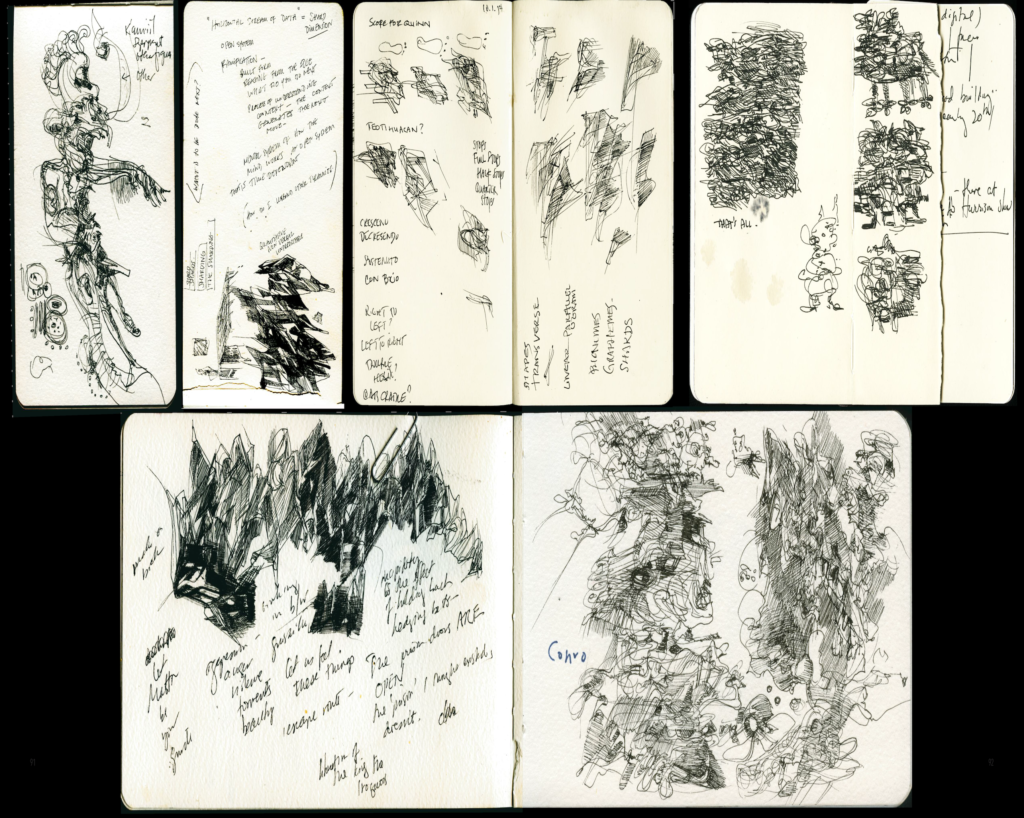 Christina McPhee’s ‘commonplace book’ draws from a palimpsest of handwritten notes, lists, quotations, bibliographic fragments, and sketches, from an artist whose voracious reading practice is a direct feed into her life and art — all set to a visual and textual design-as-score, as prominent writers on painting, media arts, performance, video installation and poetics engage with her ‘open-work’ practice. Christina McPhee’s images move from within a matrix of abstraction, shadowing figures and contingent effects. The tactics of living are in subterfuge, like the dazzle ships of camouflage in war.

This ‘commonplace book’ develops a view of recent work in collaged paintings, drawings, photomontage and video installation, around themes of environmental transformation and ‘post-natural’ community. 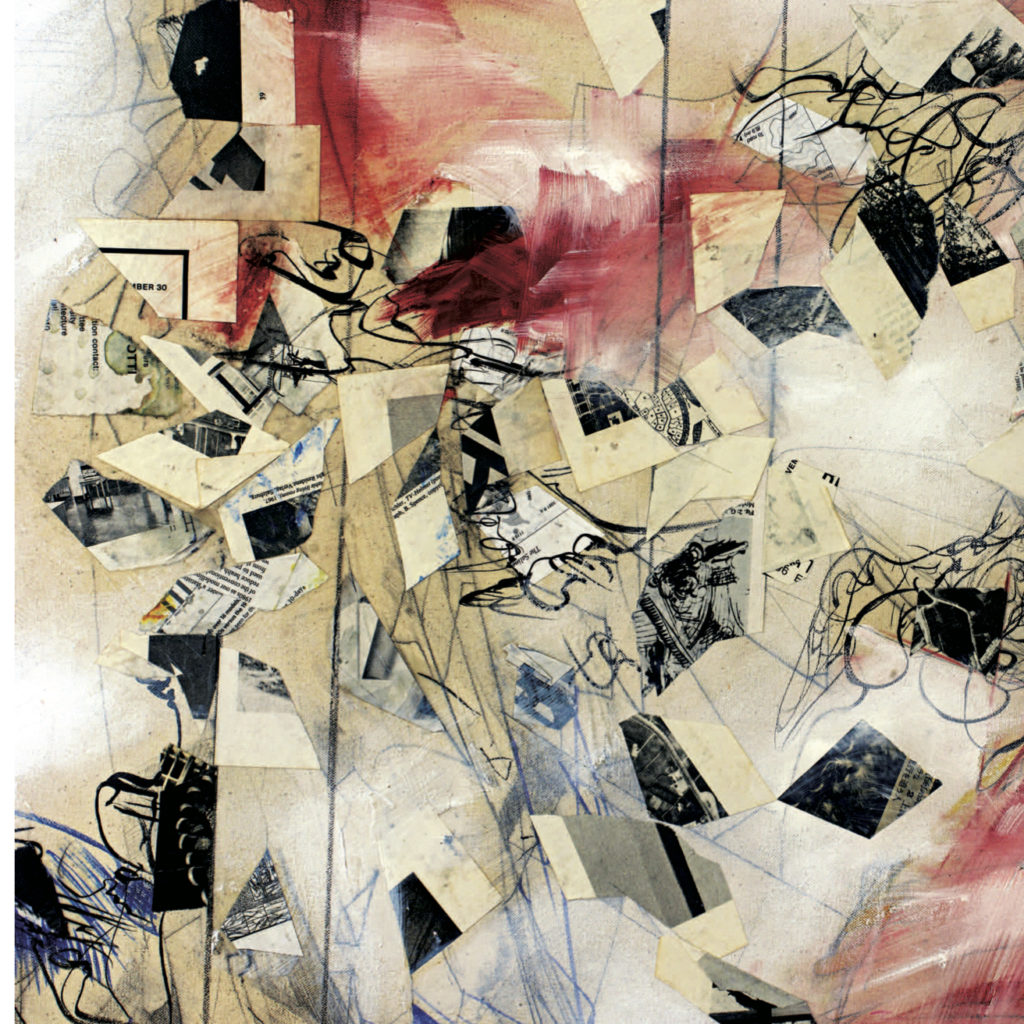 Christina McPhee’s work is in museum collections, including the Whitney Museum of American Art, New York, the International Center for Photography, New York, the Kemper Museum of Contemporary Art, Kansas City, Thresholds New Media Collection, Scotland, and elsewhere. Her work has shown in solo exhibitions at American Unversity Museum, Washington, DC; Bildmuseet, Umea, Sweden, and in group exhibitions including documenta 12 and Bucharest Biennial 3. McPhee lives and works in California, and you can see more about her work at her website HERE.

Eileen A. Joy is the Founding Director of punctum books and has published widely on medieval literature, cultural studies, intellectual and literary history, ethics, affects and embodiments, the post/human, and speculative realism. She is the co-editor of postmedieval: a journal of medieval cultural studies and the Lead Ingenitor of the BABEL Working Group. She is also the co-editor of The Postmodern Beowulf (West Virginia University Press, 2007), Cultural Studies of the Modern Middle Ages (Palgrave, 2007), Dark Chaucer: An Assortment (punctum, 2012), On Style: An Atelier (punctum, 2013), Speculative Medievalisms: Discography (punctum, 2013), Burn After Reading (punctum, 2014), Fragments for a History of a Vanishing Humanism (Ohio State, 2016), and After the “Speculative Turn”: Realism, Philosophy, and Feminism (punctum, 2016).