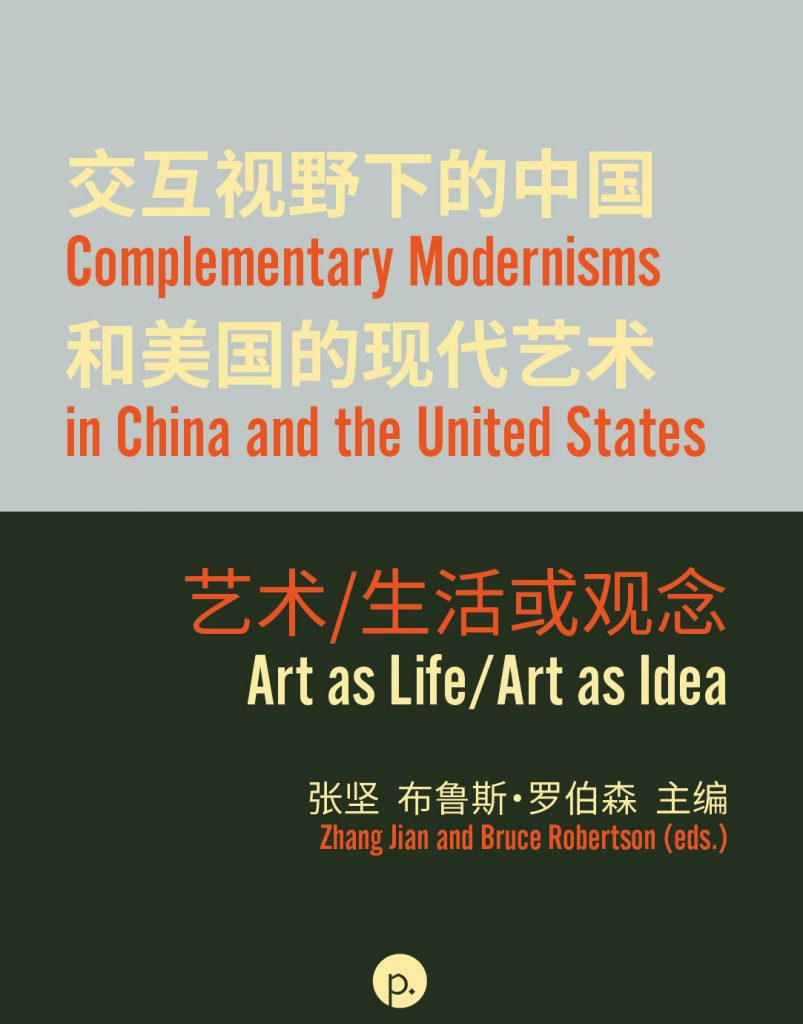 A full-color print version of Complementary Modernisms in China and the United States: Art as Life/Art as Idea is also available on Amazon.

Complementary Modernisms in China and the United States: Art as Life/Art as Idea is the result of a conference where Chinese and Americanist art historians addressed the development of modernism in their respective cultural traditions. The chapters juxtapose historical developments without attempting to map connections or influences. Instead, both national modernisms are presented as part of the larger terrain of global modernism, but generated within specific, localized circumstances. This juxtaposition reveals significant differences as much as any particular moments of connection or similarities, disrupting any standard narrative of the primacy of French (or European) avant-garde art and its influence on more belated and peripheral communities.

The differences that are revealed are not merely the result of the very different historical trajectories of each country’s moves into modernity. Rather, differences in attention and methodology are just as important, in particular the focus on the post-1980 development of Chinese art as part of the modernization of Chinese culture and economy, rather than the American perspective on post-1980s postmodern qualities. At the same time, significant convergent concerns emerge, such as the importance of urban centers and urbanization, the profound effect of political and technological disruption, and the question of identity.

The volume represents a cross-section of Chinese and Americanist art historians, both early career and senior scholars, working on a wide variety of subjects, such as the Ashcan School, Impressionism, Cai Liang, Liang Sicheng, Huang Binhong, Cézanne, Bauhaus, Joseph Cornell, Andrew Wyeth, Louise Nevelson, Jackson Pollock, Andy Warhol, and contemporary art more broadly, with (as is usual in any survey of the 20th century these days) a concentration on the 1960s.

Bruce Robertson (PhD, Yale University) is Professor Emeritus, History of Art and Architecture, as well as Director Emeritus, Art, Design & Architecture Museum, University of California, Santa Barbara. He is the author of many books on Winslow Homer, Marsden Hartley, and other American artists, as well as the curator and co-curator of exhibitions on Georgia O’Keeffe, American genre painting, and other subjects. In addition, he has published in museum and dance history.