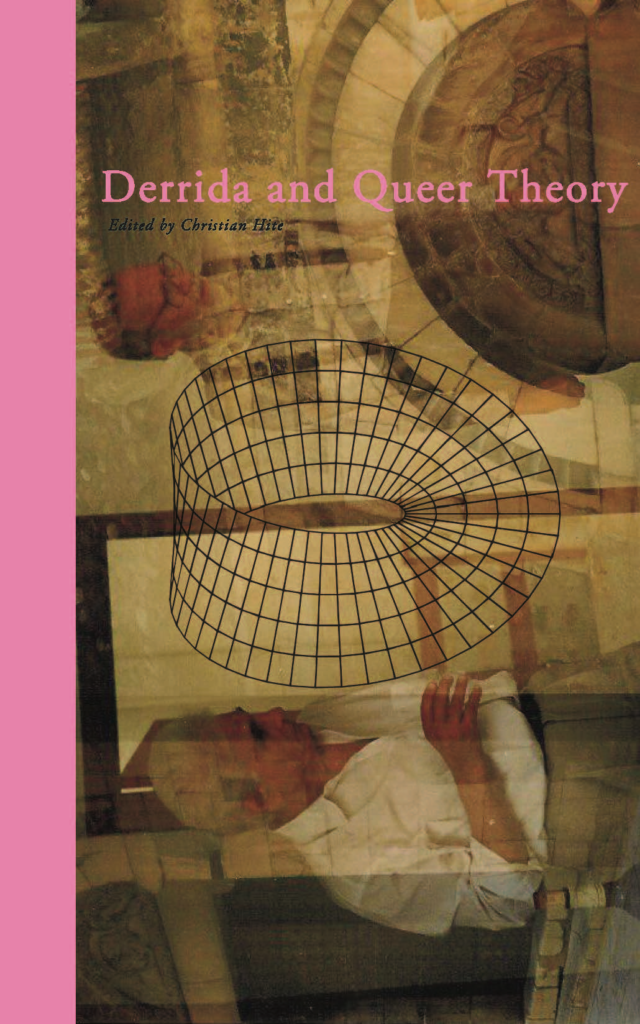 A rich anthology of queer provocations to be.

This long-awaited volume surpasses all expectation. Its essays are compelling as they exuberantly take readers of Derrida to new, queerer heights and depths of understanding. Superbly edited and presented by Christian Hite, this book belongs in every collection of works on Derrida, deconstruction, or queer theory.

Coming from behind (derrière)—how else to describe a volume called “Derrida and Queer Theory”? — as if arriving late to the party, or, indeed, after the party is already over. After all, we already have Deleuze and Queer Theory and, of course, Saint Foucault. And judging by Annamarie Jagose’s Queer Theory: An Introduction, in which there is not a single mention of “Derrida” (or “deconstruction”) — even in the sub-chapter titled “The Post-Structuralist Context of Queer” — one would think that Derrida was not only late to the party, but was never there at all.

This untimely volume, then, with wide-ranging essays from key thinkers in the field, addresses, among other things, what could be called the disavowed debt to “Derrida” in canonical “queer theory.”

The Gift from (of the) “Behind” (Derrière): Intro-extro-duction — Christian Hite

No Kingdom of the Queer — Calvin Thomas

Derrida and the Question of “Woman” — Sarah Dillon

A Man For All Seasons: Derrida-cum-“Queer Theory,” or the Limits of “Performativity” — Alexander García Düttmann

“Practical Deconstruction”: A Note on Some Notes by Judith Butler — Martin McQuillan

Christian Hite (PhD, University of Southern California) is managing editor of KEEP IT DIRTY, vol. a., “Filth,” whose writings on Warhol, Foucault, Derrida, Bersani, Freud, Beckett, and “pornography” have appeared in journals such as October, Parrhesia, Postmodern Culture, and Textual Practice.