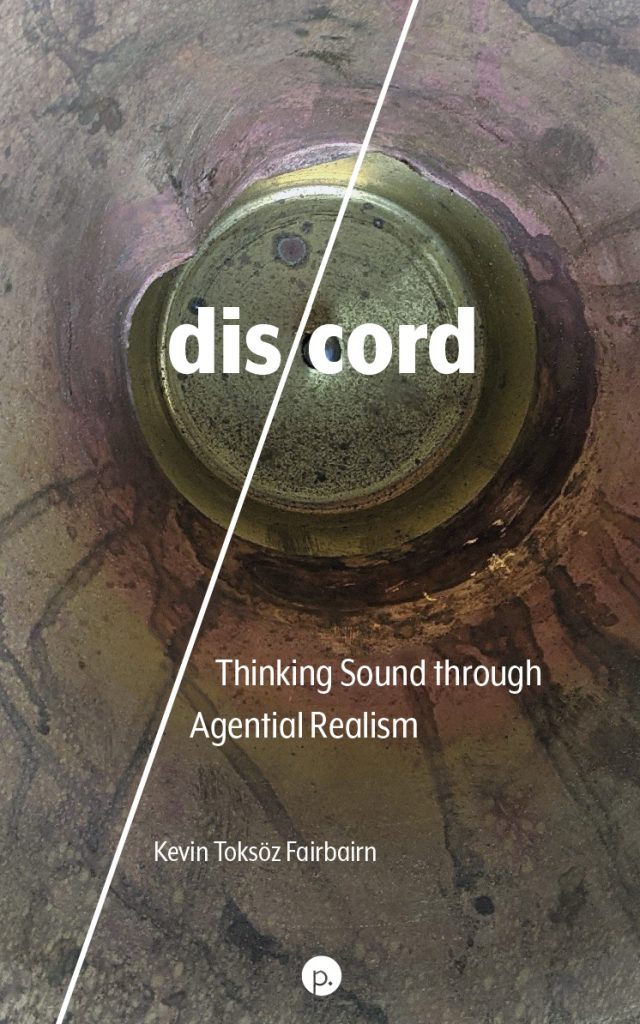 dis/cord is an experiment in reading sound. Embarking from Karen Barad’s early work on agential realism, it diffracts quantum physics through sound art, finding the sympathetic resonances that allow them to speak together. dis/cord believes in the materialism of sound, and strives not to understand it, but to become entangled with it. It asserts that impartial observation is impossible and understands immersion as a participatory and collaborative act. Sound art pieces provide the backdrop for a series of reflections on space, time, and matter. They trace the “marks on bodies” that sound leaves behind in its ephemeral vibration, finding new forms of sensation and interpretation through the pain and hearing loss that a life devoted to sound can cause.

Drifting between sound studies, artistic research, musicology, and craftsmanship, dis/cord uses agential realism as a platform to approach thinking with, through, and about sound. Following Barad’s commitment to diffraction as a form of critique, it superposes a variety of sounds and ideas in the hope that their consonances and dissonances can provoke new ways of engaging with sound as a cultural and material agent. It is neither an appeal to scientist positivism nor a mystical immersion in listening. Rather, it builds from the intertwined physical and metaphysical curiosities that characterize Barad’s work, proposing a corporeal engagement with the disjointed temporal and spacial (dis)continuities that sonic materialism helps to build, understand, and create.

Kevin Toksöz Fairbairn is a sound artist and musician working around the edges of installation, improvisation, composition, and craftsmanship. He publishes about sound studies, artistic research, and musicology, and has given masterclasses and lectures throughout Europe, Asia, and North America. He is an accomplished instrument builder and performs on a variety of instruments of his own design and construction.