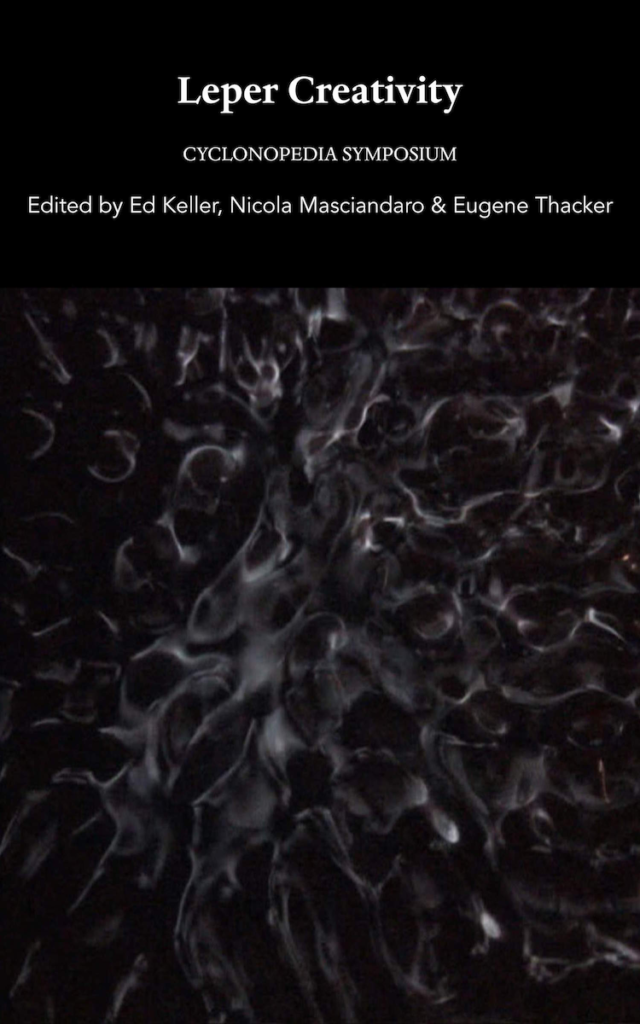 Essays, articles, artworks, and documents taken from and inspired by the symposium on Reza Negarestani’s Cyclonopedia: Complicity with Anonymous Materials, which took place in March 2011 at The New School. Hailed by novelists, philosophers, artists, cinematographers, and designers, Cyclonopedia is a key work in the emerging domains of speculative realism and theory-fiction. The text has attracted a wide-ranging and interdisciplinary audience, provoking vital debate around the relationship between philosophy, geopolitics, geophysics, and art. At once a work of speculative theology, a political samizdat, and a philosophic grimoire, Cyclonopedia is a Deleuzo-Lovecraftian middle-eastern Odyssey populated by archeologists, jihadis, oil smugglers, Delta Force officers, heresiarchs, and the corpses of ancient gods. Playing out the book’s own theory of creativity – “a confusion in which no straight line can be traced or drawn between creator and created – original inauthenticity” – this multidimensional collection both faithfully interprets the text and realizes it as a loving, perforated host of fresh heresies. The volume includes an incisive contribution from the author explicating a key figure of the novel: the cyclone.

Ed Keller is a transdisciplinary designer, writer, and musician. He is Associate Dean of Distributed Learning and Technology at Parsons The New School for Design, and Associate Professor in Parsons’ School of Design Strategies. Prior to joining Parsons, he taught at the Columbia GSAPP [1998-2010] and SCIArc [2004-09]. With Carla Leitao, Ed co-founded AUM Studio [2003-present], an architecture and new media firm that has produced residential projects in Europe, award winning competitions, expanded cinema and locative media projects. AUM Studio’s work has been exhibited and published internationally. He has spoken at conferences, including Humanity+@Parsons [2011], Cyclonopedia [The New School 2011], Design and Existential Risk [Parsons 2010], Research Practice [Cal Poly Pomona 2009], Temporalism [Cornell 2007], Ineffable [CCNY 2007],  Action Cut Micro Cut [Columbia GSAPP 2007], and Becoming Architect: XXI Century [La Sapienza, Rome 2005].  Ed has been an avid rock climber for over 30 years.

Nicola Masciandaro teaches at Brooklyn College, is the author of The Voice of the Hammer: The Meaning of Work in Middle English Literature (Notre Dame, 2006), and is also founder and co-editor of Glossator: Practice and Theory of the Commentary. He has published widely on medieval philosophy, mysticism, individuation, geophilosophy, beheading, sorrow, spontaneity, and metal music, among other subjects.

Eugene Thacker is the author of After Life (University of Chicago Press, 2010) and Horror of Philosophy (Zero Books, 2011). Thacker teaches at The New School in New York.