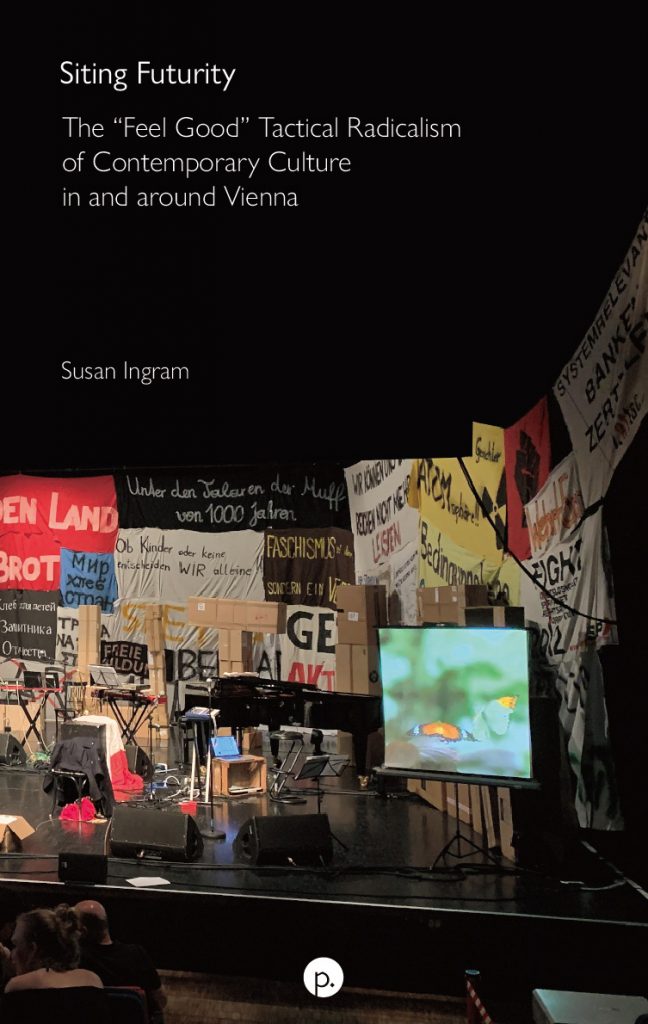 Siting Futurity: The “Feel Good” Tactical Radicalism of Contemporary Culture in and around Vienna shows how cultural practitioners in and around Vienna draw on their historical knowledge of locality to create rousing productions designed to get audiences to inform themselves about useful aspects of history, to get them to engage their presents, and to help make possible more socially equitable futures. Analyses of politically engaged works of contemporary theatre, film, and photography set in and around Vienna help to identify a historically oriented mechanism that enables artists to tap into Vienna’s extraordinary, and extraordinarily under-appreciated, tradition of protest culture that dates back to the action that brought about the Wiener Neustadt “Blood Court” in the 16th century, but really came into its own with the city’s most influential occupation of an abandoned slaughterhouse for 100 days in the late summer of 1976. It also shows how work with a connection to Vienna by international stars like David Bowie, Wes Anderson, and Christoph Schlingensief has absorbed the same principles.

While the overwhelming scale of technological development and the ensuing problems and crises may not have been deliberately designed to induce resignation, passivity, and despair, those who benefit from the related hyperobjects of financialization and climate change must find it convenient that they do, as demoralization reduces resistance to their profit-making machinations. It is in this context that Red Vienna’s proud tradition of social engagement and long tradition of resistance and radicality deserves to be better known.

Susan Ingram is Professor in the Department of Humanities at York University, Toronto, where she coordinates the Graduate Diploma for Comparative Literature and is affiliated with the Canadian Centre for German and European Studies and the Research Group on Language and Culture Contact. She is the general editor of Intellect Books’s Urban Chic series and the co-author of the volumes on Berlin, Vienna, and Los Angeles. A past president of the Canadian Comparative Literature Association, her research interests revolve around the institutions of European cultural modernity and their legacies.