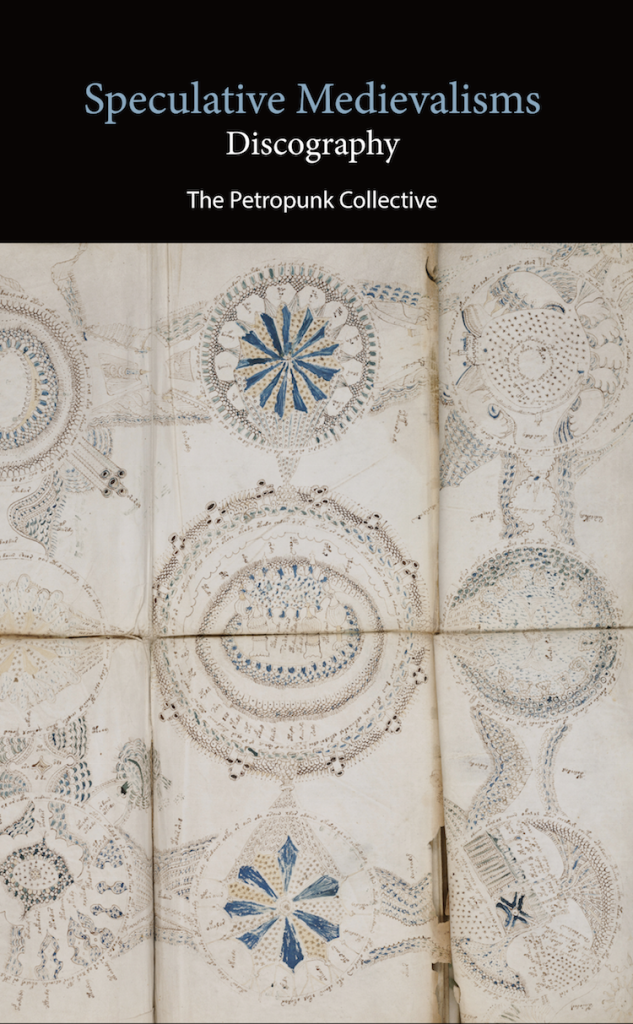 Proceedings from the two Speculative Medievalisms symposia, held at King’s College London (Jan. 2011) and The Graduate Center, City University of New York (Sep. 2011), and organized by The Petropunk Collective (Eileen Joy, Anna Klosowska, Nicola Masciandaro, and Michael O’Rourke). These interdisciplinary events were dedicated to dialogue and cross-contamination between traditional concepts of speculatio, present-minded premodern studies, and contemporary speculative realist and object-oriented philosophies. In its medieval formulation, speculatio signifies the essentially reflective and imaginative operations of the intellect. Here the world, books, and mind itself are all conceived as specula (mirrors) through which the hermeneutic gaze can gain access to what lies beyond it. “To know is to bend over a mirror where the world is reflected, to descry images reflected from sphere to sphere: the medieval man was always before a mirror, both when he looked around himself and when he surrendered to his own imagination” (Giorgio Agamben, Stanzas).  Correlatively, speculative realism, as the term suggests, is characterized by the self-contradictory intensity of a desire for thought that can think beyond itself — a desire that proceeds, like all philosophy, in a twisted and productive relation to the phantasm of the word.

Eileen A. Joy teaches at Southern Illinois University Edwardsville and her main interests are in Old English literature, cultural studies, embodied affectivities, ethics, and the post/human. She is the founder and co-editor of postmedieval: a journal of medieval cultural studies and the Lead Ingenitor of the BABEL Working Group. She is also the co-editor of The Postmodern Beowulf (West Virginia University Press, 2007) and Cultural Studies of the Modern Middle Ages (Palgrave, 2007).

Anna Kłosowska is Associate Professor of French at Miami University, editor of Madeleine de l’Aubespine, Selected Poems and Translations (Chicago, 2007) and Queer Love in the Middle Ages (Palgrave, 2005), and editor of Violence Against Women in Medieval Texts (Florida, 1998). Author of over 20 articles on queer theory and premodern literature, she is also on the editorial board of Glossator: Practice and Theory of the Commentary.

Nicola Masciandaro teaches at Brooklyn College, is the author of The Voice of the Hammer: The Meaning of Work in Middle English Literature (Notre Dame, 2006), and is also founder and co-editor of Glossator: Practice and Theory of the Commentary. He has published widely on medieval philosophy, mysticism, individuation, geophilosophy, beheading, sorrow, spontaneity, and metal music, among other subjects.

Michael O’Rourke lectures in the School of Psychotherapy at Independent Colleges, Dublin, Ireland and works mostly at the intersections between Queer Theory and Continental Philosophy. He has published over forty articles and book chapters, has co-convened The(e)ories: Advanced Seminars for Queer Research since 2002, and is the series editor of the Queer Interventions book series at Ashgate Press and of the Cultural Connections: Key Thinkers and Queer Theory book series at the University of Wales Press.

One thought on “Speculative Medievalisms: Discography”