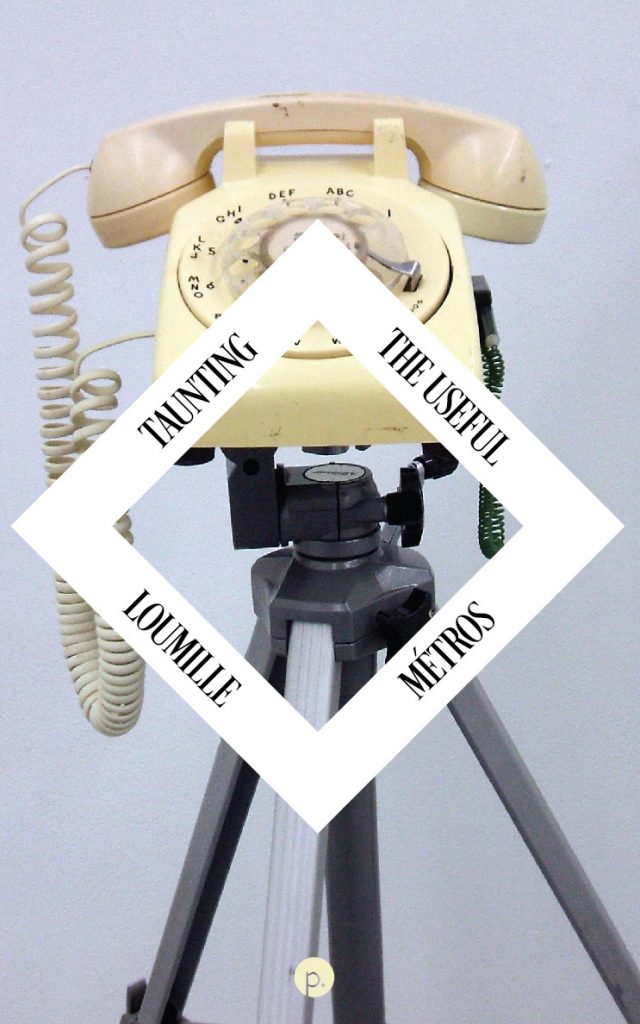 In an epoch driven by hyperconsumption and marvelously destructive futility, and in the context of a hegemonic utilitarianism where one goes to university to work rather than “develop a meaningful philosophy of life,” the concept of the useful is perhaps one most in need of interrogation. Taunting the Useful seeks to unsettle notions of usefulness and uselessness, not merely by deconstructing these, but by sidetracking them. It doesn’t reverse things by saying that what is useless is useful. Rather, taunting is teasing, heckling, tickling, scratching the useful. By elaborating a notion of the “virtual useless,” the book seeks to taunt the dimensions of wonder, use, and play, through modalities, contingencies, and potentialities of the useless-useful. An experimental book, it (un)does what it tells, and is as much an object taunting and taunted as it is a description of taunting the useful. Includes bonus chapters!

Loumille Métros (contraction of Louis Emile Fromet de Rosnay) practices research-creation as well as undertaking traditional research in fields as broad as comparative modernist poetics, postcolonial fiction, critical and experimental theory, posthumanism and biopolitics. He has lived and taught in Victoria, Canada since 2007.