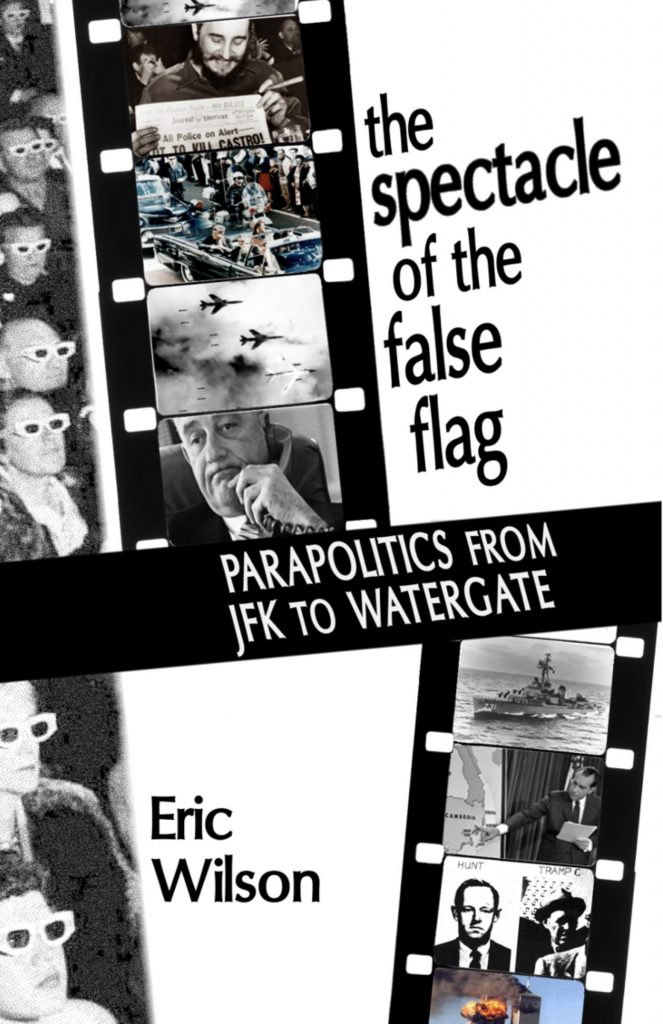 Eric Wilson’s work poses crucial challenges to social theory, unsettling our understanding of the nature of the liberal democratic state. In The Spectacle of the False Flag, he urges the reader to examine the, often unconsidered, deep state practices that confound conventional notions of the state as monolithic or uniform. This compelling volume traces deep state conflicts and convergences through central cases in the development of American political economic power — JFK/Dallas, LBJ/Gulf of Tonkin, and Nixon/Watergate.

Rigorously documented and unflinchingly analyzed, The Spectacle of the False Flag provides a stunning example of a new criminological practice—one that takes the state seriously, making the inner workings of the state rather than its effects the primary object of study. Drawing upon a wealth of historical records and developing the theoretical insights of Guy Debord’s writings on spectacular society, Wilson offers a glimpse into a necessary criminology to come.

Eric Wilson is a senior lecturer of law at Monash University, Melbourne, Australia. In 1991 he completed his Doctorate in the history of early modern Europe under the supervision of Robert Scribner, Clare College, Cambridge. In 2005 he received the degree of Doctor of Juridical Science (S.J.D.) from the University of Melbourne. He is the author of The Savage Republic: De Indis of Hugo Grotius, Republicanism, and Dutch Hegemony in the Early Modern World System (c. 1600–1619), published by Martinus Nijhoff in 2008. He is the editor of a series of works on critical criminology, the first volume of which was published by Pluto Press in 2009 as Government of the Shadows: Parapolitics and Criminal Sovereignty. The second volume in the series, The Dual State: Parapolitics, Carl Schmitt and the National Security State Complex, was published by Ashgate in late 2012. In March 2015 he published his second monograph, The Spectacle of the False Flag: Parapolitics from JFK to Watergate (punctum books) which discusses the myriad linkages between covert intelligence and organized crime during the period of the Vietnam War. He is currently preparing a series of articles on Rene Girard and critical jurisprudence. His research interests include Law and Literature, the comparative law of Southeast Asia, critical jurisprudence, the history and philosophy of international law, and critical criminology.