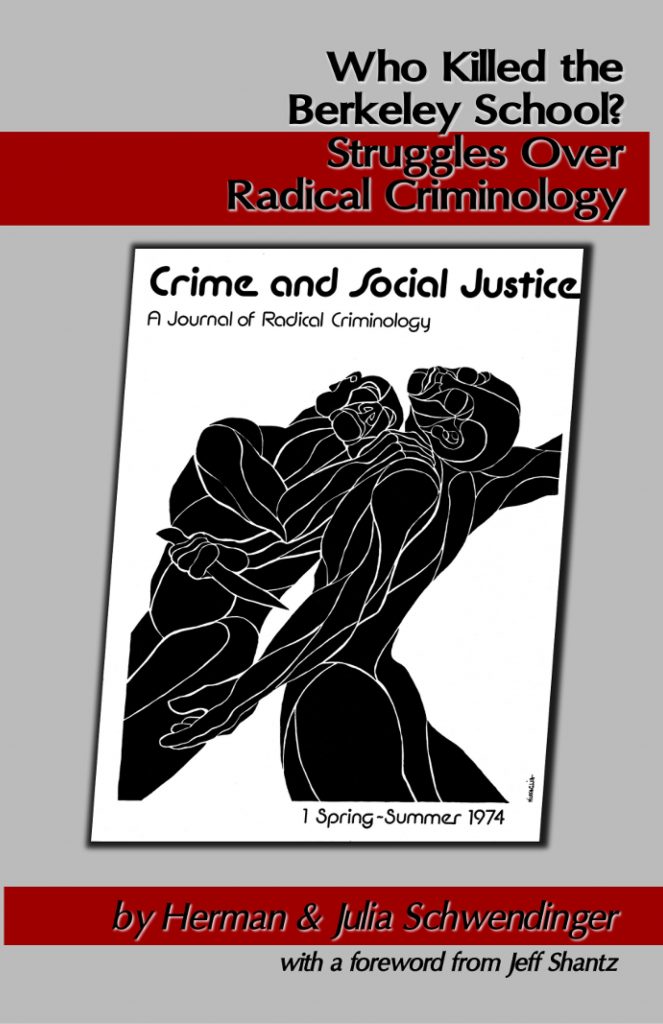 The Berkeley School of Criminology stands, to this day, as one of the most significant developments in criminological thought and action. Its diverse participants, students and faculty, were true innovators, producing radical social analyses (getting to the roots causes) of institutions of criminal justice as part of broader relations of inequality, injustice, exploitation, patriarchy, and white supremacy within capitalist societies. Even more they situated criminology as an active part of opposition to these social institutions and the relations of harm they uphold. Their criminology was directly engaged in, and connected with, the struggles of resistance that emerged in the late 1960s and early 1970s. Not surprisingly perhaps, they became a target of regressive and reactionary forces that sought to quiet those struggles. Notably the Berkeley School of Criminology was targeted by key players in the US military-industrial complex such as Ronald Reagan himself, then Governor of California and Regent of UC-Berkeley.

Who Killed the Berkeley School? by Julia and Herman Schwendinger, key players in the Berkeley School, is the first full-length, in-depth analysis, of the Berkeley School of Criminology, its participants, and the attack against it. It tells the story of an important infrastructure of resistance, a resource of struggle, and how it was dismantled. It lays bare the role not only of conservatives but of liberal academics and false critical theorists, who failed to stand up in defense of the School and its work when called upon.

This is a story with profound lessons in the current period of corporatization of campuses, neoliberal education, and market-driven curricula. It will be of interest to anyone concerned with developing resistance to the corporate campus and seeking critical alternatives. It also stands as a challenge to social science disciplines, including criminology, to develop a practice that identifies the roots of social injustice and organizes to confront it.

Julia and Herman Schwendinger were among the main participants in the Berkeley School of Criminology. Their innovative works have made crucial contributions to the development of radical criminology, particularly in areas of the exploitation of women and women’s resistance, adolescent subcultures, surveillance, class analysis, and sociological theory. Among their books are The Sociologists of the Chair, Adolescent Subcultures and Democracy, and Rape and Inequality. Their significant innovations in criminology are recognized with their inclusion in the text Fifty Key Thinkers in Criminology (Routledge, 2013). Activists as well as academics, Julia helped found the first rape resistance crisis center in the US. Both were actively involved in anti-racist, anti-war, feminist, labor, and community struggles over the course of decades (some of which are described in Who Killed the Berkeley School). Both taught for years at SUNY New Paltz, as well as numerous visiting professorships. Julia and Herman were married for almost 68 years, true life partners and intellectual collaborators. Julia passed away in 2013 but her profound legacy continues.