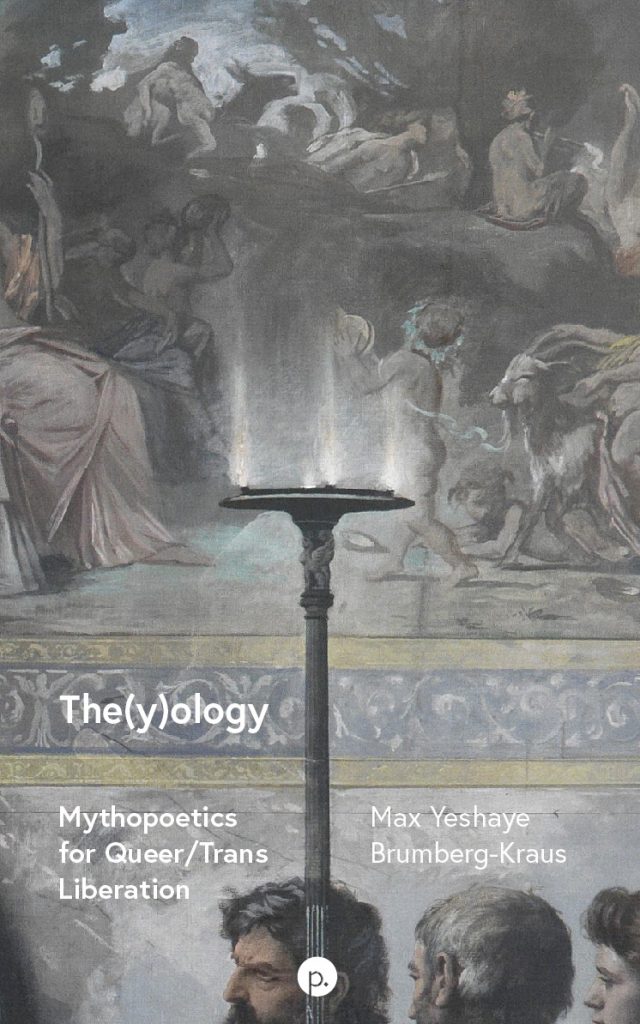 Every body contains multitudes, but no body is immune to the ideology of oneness: one true self, one sexuality, one gender, one vision of the world, one true God. For many who identify (or who have been named by others) as transgender, queer, and nonbinary, the refusal to fit within the illusion of one set of sex and gender expectations has been met with violence and suppression. While the myth of oneness is a powerful story that shapes the contours of our societies and our selves, it is not the only myth. Performances, fictions, rituals, and theologies can transform current realities.

The(y)ology: Mythopoetics for Queer/Trans Liberation is a manifesto for artists, teachers, theologians, clergy, and activists looking for ways to resist rigid paradigms of gender, sexuality, self, and the sacred. In these pages, we are called to tell new stories about who we are and how we relate to each other within our ecosystems. The myths discussed wrestle with and transform the complex mytho-histories that have birthed and, often, harmed us. No story comes from nothing, and, more radically, perhaps no story is fully irredeemable. Here, feminist philosophies join with trans poetics, literary theory with liberation theologies, drag performance with kabbalah, ecologies with pornographies, and ancient theatre with queer autobiographies. However ambitious its scope might be, The(y)ology is fundamentally about encouraging us all to think playfully and to play thoughtfully with the mythologies that define our lives.

Max Yeshaye Brumberg-Kraus is a poet, playwright, drag artist, and independent scholar living in Saint Paul, Minnesota. They are the co-founder of the House of Larva Drag Co-operative, performing as drag ogress Çicada L’Amour, producing one acts, full-length shows, and cabarets since 2014. In and out of drag, Max has performed at the Guthrie Theatre, Pangea World Theatre, 20% Theatre, In the Heart of the Beast Puppet and Mask Theatre, Rimon (The Minnesota Jewish Arts Council), the Rochester Arts Center, and have also directed a full length show (Circe: Twilight of a Goddess) with Siren Island in Point San Pablo, California. After majoring in classics and theatre at Beloit College, they received their MA in Theology and the Arts from United Theological Seminary of the Twin Cities. Max is former fellow and facilitator with Arts | Religion | Culture (ARC), and a member of the Green Sabbath Project. They are currently pursuing their MFA in Interdisciplinary Arts at Goddard College, with a focus on queerness and the medieval imagination.