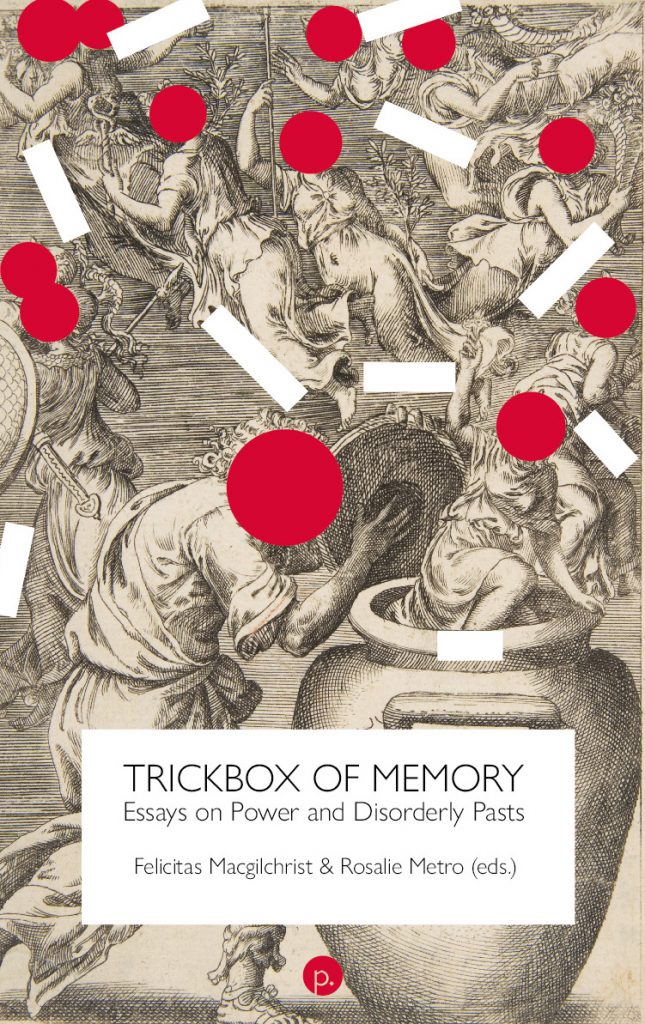 Reach into this trickbox of memory and rummage around: you may find a tiny spaceship, or perhaps a signpost, a parade, a raised fist, an entire museum.

The essays in Trickbox of Memory: Essays on Power and Disorderly Pasts draw on literary criticism, post-qualitative inquiry, new materialisms, and political activism to dismember and reanimate the field of memory studies. In the trickbox, concepts rub up against each other, pieces chip off, things leak, glitter gets everywhere. Things are damaged, their edges are ragged. Some show the potential for repair in the future. The chapters in this volume respond to the observation that in today’s moment of political danger, “expected” pasts can easily be instrumentalized in the service of fascism.

Trickbox of Memory interrupts the “expected” to throw history into disarray by focusing on the subtlety of how power relations are enacted and contested in reference to the past, assembling a transnational constellation of scholars and practitioners who offer new tricks for working critically with disorderly pasts.

Felicitas Macgilchrist heads the Media|Transformation department at the Georg Eckert Institute of International Textbook Studies, Braunschweig, and is a professor of media research at the University of Goettingen, Germany. Her current research draws on ethnographic discourse analysis to explore the sociomateriality of memory practices. One of her first memories is of doing a handstand in a neighbour’s garden and landing in the roses.

Rosalie Metro is an assistant teaching professor in the College of Education at the University of Missouri-Columbia. She is interested in the conflicts that arise around history, identity, and language in the classroom. Her first memory is of her mother arranging cucumber slices into the shape of a face on a plate; she ate the eyes, and then felt remorse.