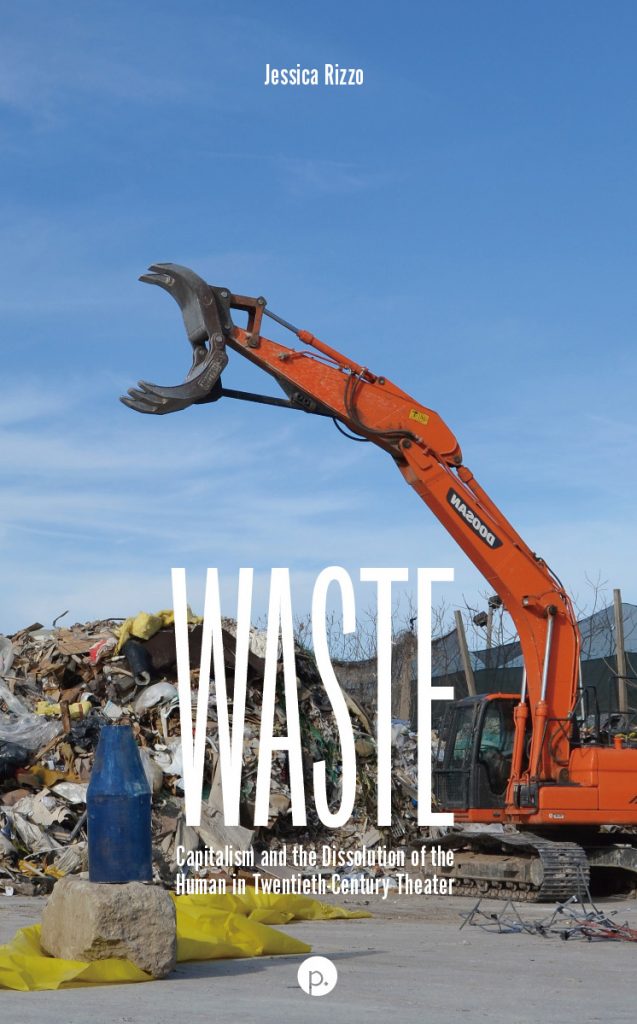 If at its most elemental, the theater is an art form of human bodies in space, what becomes of the theater as suicide capitalism pushes our world into a posthuman age?

Waste: Capitalism and the Dissolution of the Human in Twentieth-Century Theater traces the twentieth-century theater’s movement from dramaturgies of efficiency to dramaturgies of waste, beginning with the observation that the most salient feature of the human is her ability to be ashamed of herself, to experience herself as excess, the waster and the waste of the world. By examining theatrical representations of capitalism, war, climate change, and the permanent refugee crisis, Waste traces the ways in which these human-driven events signal a tendency toward prodigality that terminates with self-destruction. Defying its promise of abundance for all, capitalism poisons all relationships with competition and fear. The desire to dominate in war is revealed to be the desire to obliterate the self in collective conflagration. The refugee crisis raises the urgent question of our responsibility to the other, but the climate crisis renders the question of anthropocentric obligations moot.

Waste proposes that the theater is the form best suited to confronting the human’s perverse relationship to its finitude. Everything about the theater is suffused with existential shame, with an acute awareness of its provisionality. Unlike the dominant narrative of the human, which is bound up with a fantasy of infinite growth, the theater is not deluded about its nature, origins, and destiny. At its best, the theater gathers artist and audience in one space to die together for a little while, to consciously waste, and not spend, their time.

Jessica Rizzo is an American writer, director, and dramaturge. She holds a DFA in Dramaturgy and Dramatic Criticism from the Yale School of Drama, where she served as Associate Editor of Theater magazine and was awarded the John W. Gassner Prize for Criticism. She has taught at the Yale School of Drama, Yale College, and Bryn Mawr College. In 2017, she directed the North American premiere of Elfriede Jelinek’s Shadow: Eurydice Says in New York City. She has also worked at the Yale Repertory Theatre and the Hungarian Theatre of Cluj, and has had her work presented as part of the Hong Kong Arts Festival. Her writing has appeared in PAJ: A Journal of Performance and Art, TheaterForum, Theatre Journal, Theater, TDR, Austrian Studies, the Theatre Times, Vice, Momus, LA’s Cultural Weekly, Philadelphia’s Broad Street Review and ArtBlog, and Romania’s Scena.ro.