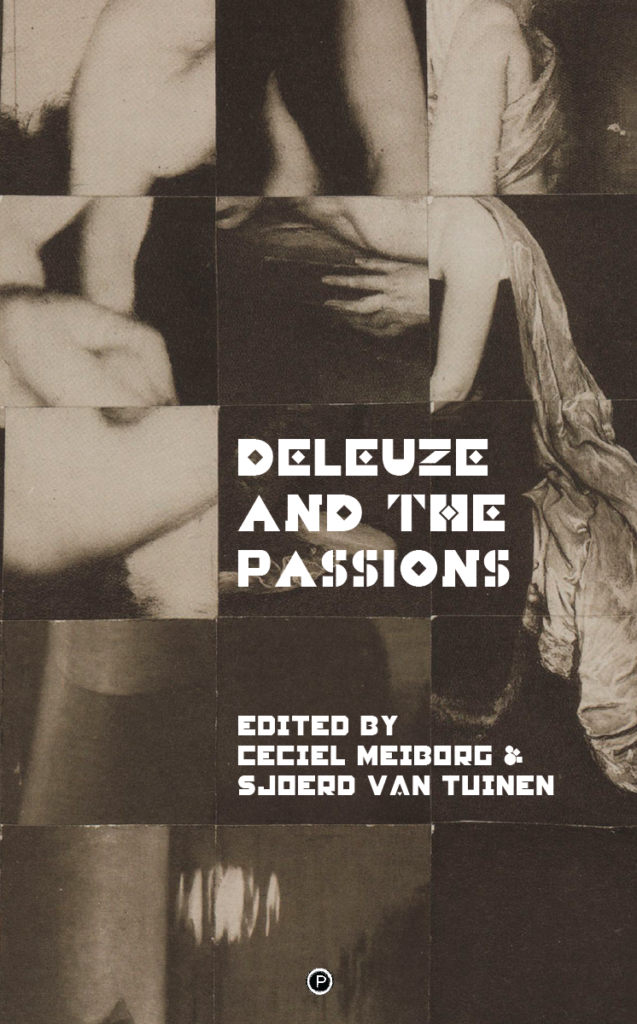 In recent years the humanities, social sciences and neuroscience have witnessed an ‘affective turn,’ especially in discourses around post-Fordist labor, economic and ecological crises, populism and identity politics, mental health, and political struggle. This new awareness would be unthinkable without the pioneering work of Gilles Deleuze, who replaced judgment with affect as the very material movement of thought: every concept is an affective experience, a becoming. Besides entirely active affects, the highest practice of thought, there is no thought without passive affects or passions. Instead of a calm and rational philosophy of passions, Deleuzian thought is therefore inseparable from “isolated and passionate cries” that deny what everybody knows and what nobody can deny: “every true thought is an aggression.”

This inseparability of reason and passion is by no means an anti-intellectualist or irrationalist stance. Rather, it is critical, since it protects reason from its self-imposed stupidity (bêtise) by relating it to the unthought forces that condition it. And it is clinical, because thought becomes possessed by a power of selection. The purely active, i.e. free-floating, unrecorded desire, is never enough to produce a consistent relation to the future, which is why we need the passions to give us an initial orientation, to force and enable us to think. Passions are the beliefs, perceptions, representations, and opinions that attach us to the world; they make up the very material of which our lives and thoughts are composed.

Instead of truth as the ultimate criterion of judgment, the only principle according to which affective becomings can be selected and evaluated is the extent to which they proliferate joy. Spinoza and Marx show how the recruitment of desire traditionally takes place through the tyrants and priests who inspire sad passions in us. Similarly, the work of Deleuze and Guattari on capitalism and schizophrenia can be read as an encyclopedia of the passions that constitute the affective infrastructure of the socius of contemporary capitalism. If it takes a lot of inventiveness or imagination to be able to diagnose our present becomings, this is because becomings are always composites of joyful and sad passions. Capitalism could not exist if it did not also inspire happiness, love, courage, and perhaps even beatitude. That is why, today, we witness “the spectacle of the happily dominated” (Frédéric Lordon) of the self-entrepreneur, the managerial class, the flex worker, the citizen-consumer, the bean-roasting hipster, and the self-managed team.

It is within this field of contradictory and heterogeneous passions that the authors of this volume pursue the diagnosis of our past and present becomings. Their contributions add up to a systematic taxonomy of the passions and indicate their importance for a thinking that reaches beyond itself.

“Everywhere There Are Sad Passions”: Gilles Deleuze and the Unhappy Consciousness
Moritz Gansen

To Have Done with the Judgment of ‘Reason’: Deleuze’s Aesthetic Ontology
Samantha Bankston

Closed Vessels and Signs: Jealousy as a Passion for Reality
Arjen Kleinherenbrink

The Drama of Ressentiment: the Philosopher versus the Priest
Sjoerd van Tuinen

The Affective Economy: Producing and Consuming Affects in Deleuze and Guattari
Jason Read

Ceciel Meiborg holds a BA in Philosophy from Erasmus University Rotterdam and an MA in Modern European Philosophy from Kingston University, London, where she graduated with a thesis on A.N. Whitehead’s process philosophy. She has co-written an article which proposes a speculative, Deleuzian differentiation of mannerism and baroque in music and music theory, published in Diacritics (2014). She has also received a Fulbright scholarship for the continuation of her studies in Philosophy at the New School for Social Research in New York. Her research interests include philosophy of music, aesthetics, political philosophy, process philosophy and speculative philosophy.