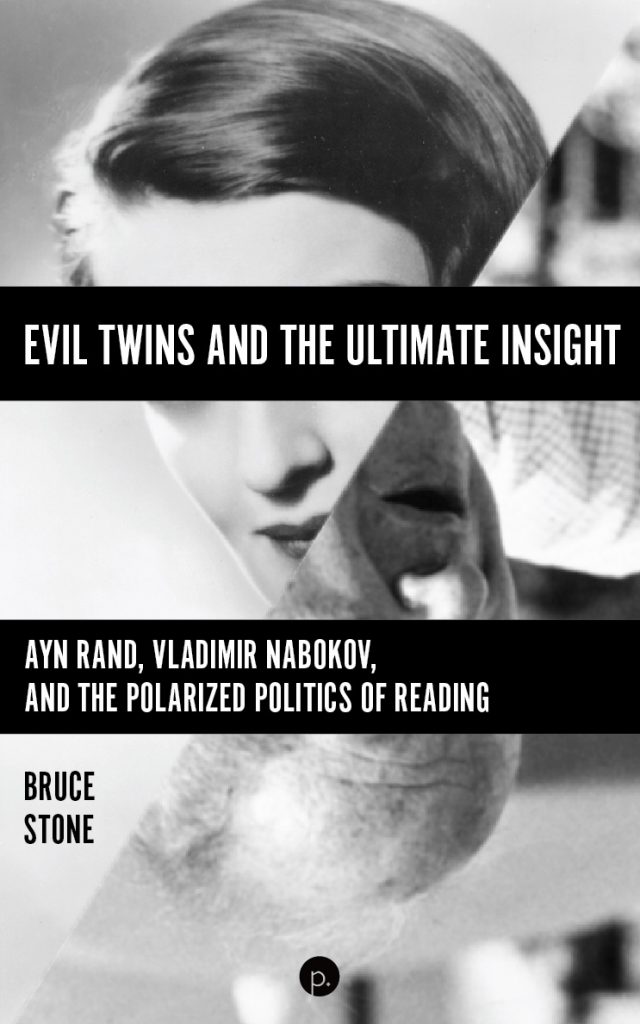 With the 2020 election, the political polarization in the U.S. entered a ludicrous end-stage. Partisanship, once a pseudo-rational system of biases, has devolved to a conflict between incompatible realities. In search of some pathway toward consensus, Evil Twins and the Ultimate Insight: Ayn Rand, Vladimir Nabokov, and the Polarized Politics of Reading looks to the works of two iconic Russian-American writers whose literary rivalry mirrors the rift between our political parties. The matchup has all the markings of an evil-twin narrative, pitting Rand, the muse of libertarian conservatism, against Nabokov, the trickster-genius of the Western canon. Their mid-century novels afford a rare opportunity to arbitrate, by proxy, our political grievances and resolve, in print, our electoral dysfunction. Evil Twins and the Ultimate Insight mounts this critical intervention in our Blue/Red blood feud and contemplates, in the cognitive challenges of Nabokov’s fiction, a remedy for our polarized politics.

To guard against grandstanding, axe-grinding, deck-stacking, inaccuracy, or obfuscation, the inquiry proceeds by indirection, exploring four recent scholarly books that all speak to the peculiar relationship between Rand and Nabokov: Gene Bell-Villada’s On Nabokov, Ayn Rand and the Libertarian Mind (2013), Adam Weiner’s How Bad Writing Destroyed the World: Ayn Rand and the Literary Origins of the Financial Crisis (2016),  Michael Rodgers’ Nabokov and Nietzsche: Problems and Perspectives (2018), and Peter Roberts and Herner Saeverot’s Education and the Limits of Reason: Reading Dostoevsky, Tolstoy and Nabokov (2018). Each of these books is seriously flawed, but their numerous interlocking problems conspire to reveal, empirically, via negativa, how literature might tip the scales in our partisan deadlock. Ultimately, Stone argues that, when our books get tangled up in our politics, their promise—to help us see to the bottom of things and scooch closer to the asymptote of truth and reality—might be something more than a mirage.

Bruce Stone teaches in the writing program at UCLA. He was the contributing editor of The Art of Desire: The Fiction of Douglas Glover (Oberon, 2004). His work has appeared in Nabokov Studies, Miranda, Nabokov Online Journal, LA Review of Books, and Numéro Cinq.