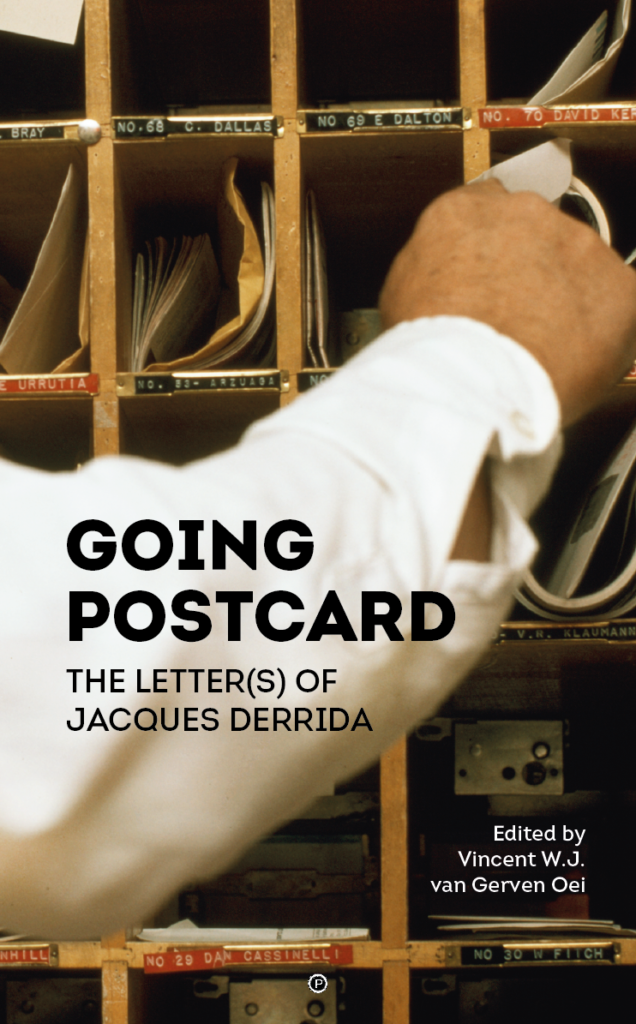 In 1980, Jacques Derrida published La carte postale: De Socrate à Freud et au-delà. At the occasion of the 30th anniversary of the English translation, Going Postcard: The Letter(s) of Jacques Derrida revisits this seminal work in Derrida’s oeuvre. Derrida himself described The Post Card in his preface as “the remainders of a destroyed correspondence,” stretching from 1977 to 1979. A cryptic text, it is riddled with gaps, word plays, and a meandering analysis of the interface between philosophy and psychoanalysis.

The contributors who offered the fourteen essays gathered in Going Postcard were each provided with a deceptively simple task: to write a gloss to a fragment from the first part of The Post Card, “Envois.” The result is a prismatic array of commentaries, excursions, and interpretations that take Derrida “to the letter.” The different glosses on lemmas such as genre, erasure, telepathy, philately, and sperm transport The Post Card into the twenty-first century and offer a “correspondence,” if fragmentary, with Derrida’s work and the work to come.

J. Hillis Miller – Glossing the Gloss of “Envois” in The Post Card

Rick Elmore – Troubling Lines: The Process of Address in Derrida’s The Post Card

One thought on “Going Postcard: The Letter(s) of Jacques Derrida”