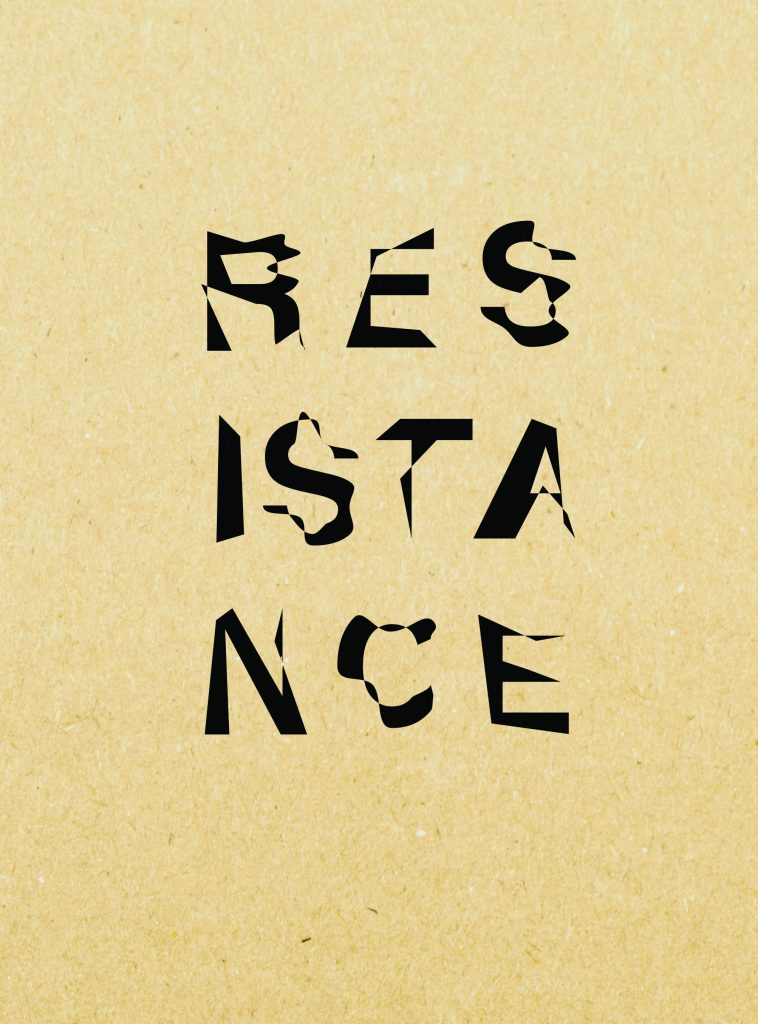 Resistance features a selection of overtly non-conformist positions in the contemporary visual art scene of Albania vis-à-vis the most recent social, political, and economic turmoils in the Western Balkans – a region marked by the dark side of political governances that have remained “democratic” in their outward appearance (especially toward the European Union), while dramatically leaning toward autocratic regimes in the eyes of their own citizens.

Regardless of their citizens’ primary interests, and despite some positive signals surfacing in the international media, almost every attempt to establish lasting conditions for democratic governance in the Western Balkans has been shrouded in the veil of profit-driven political scandals, personal greed for more and more power over the people’s rights, and the extinction of public property in pursuit of social elite’s corporate and private interests. Additionally, and more specifically related to Tirana, artists and citizens have, over the years, been involved in various types of revolt, expressing their disagreements with the ongoing destruction of public property in the name of “modernization and development”: a movement led by local political powers through financially and strategically motivated processes of architectural cannibalism – not only at the expense of erasing Albanian cultural heritage or long-term residents’ habitats, but also at the expense of taking human lives under the pretext of “urbanization.” The most obvious instance of this economy of destruction was the complex of buildings linked to the National Theater of Albania in downtown Tirana that has served as a symbolic and material place of citizens’ resistance: for more than two years, together with local artists, they have been opposing the government’s plans to demolish the old complex in order to build a new one – until this finally happened in Spring 2020, in the midst of the ongoing COVID19 pandemic.

Rooted in the atmosphere of the National Theater Protests in Tirana, RESISTANCE was conceived in Summer 2019 by ZETA Center for Contemporary Art as the International Artists-in-Residence Program, in cooperation with three partner organizations from Kosovo, Serbia and North Macedonia (Stacion – Center for Contemporary Art in Prishtina; Ilija & Mangelos Foundation in Novi Sad; and Faculty of Things That Can’t Be Learned in Bitola) and supported by Swiss Cultural Fund in Albania, a project of the Swiss Agency for Development and Cooperation. Gradually, the project expanded into an exhibition (Heterotopias of Resistance, curated by Blerta Hoçia and featuring works by Lori Lako, Fatlum Doçi, Edona Kryeziu, Nina Galiç, Darko Vukiç, Nikola Slavevski, and Natasha Nedelkova) and a series of interviews and panel discussions (with contributions by Lindita Komani, Edmond Budina, Ervin Goci, Ergin Zaloshnja, Pleurad Xhafa, Gentian Shkurti, Stefano Romano, Luçjan Bedeni, HAVEIT, Leonard Qylafi, Jonida Gashi, and Fatmira Nikolli). The results of both have been collected and presented in the format of a publication that, besides serving as an indispensable reading material concerning visual arts and politics in contemporary Albania, especially to those abroad, functions by itself as a form of resistance against contagious cultural policies in weak post-socialist “democracies” in Southeastern Europe.

ZETA Center for Contemporary Art is a non-profit exhibition space founded in 2007 by Valentina Koça in Tirana, Albania. Ever since, ZETA has significantly contributed to the vitality and dynamics of contemporary art scene in Albania functioning as an autonomous cultural venue for multidisciplinary approaches to visual arts (including painting, sculpture, photography, video, installation, sound, and performance), primarily through a series of exhibition projects at both local and international levels. Besides, ZETA also hosts educational and artist-in-residence programs, workshops and discursive events (such as public lectures, curatorial and artist presentations, conferences and public debates) that reflect on the pressing socio-cultural issues of our times in relation to visual arts, most notably in the context of Western Balkans and Albania in particular. While acting as a nexus of collaborative practices between artists and curators, critics, researchers and other art professionals, ZETA has developed long-term partnerships with local, regional and international institutions, such as T.I.C.A – Tirana Institute of Contemporary Art and Residency Unlimited, New York. Through YVAA – The Young Visual Artists Awards Network, ZETA has served as a co-organizer – and, since 2018, the main organizer – of the ARDHJE Award for Contemporary Visual Artists from Albania up to 35 years of age.