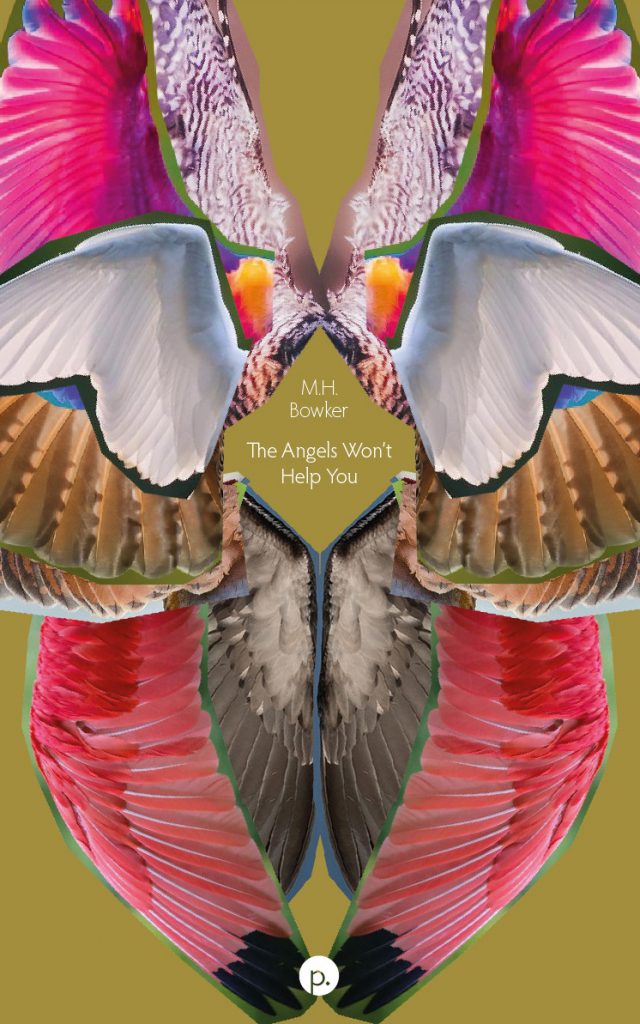 The Angels Won’t Help You is a powerful series of meditations on the nature of help, the limitations of the idea and concept of care, and the human response to helplessness. Bowker looks at the family as central to our experiences of help; the relation of help to civic responsibility, ideas explored in the context of contemporary literature, Greek myth and tragedy, and a brilliant analysis of Camus’ notion of absurdity, his novels The Fall and The Plague, and psychoanalytic theory. Some of its most striking moments occur when Bowker describes his own time as an in-patient in a mental hospital, and then follows that discussion in the next chapter with a searing account of Kathleen Acker’s Book, Blood and Guts in High School, and Jerzy Kosinski’s Holocaust novel, The Painted Bird. It is difficult to put the volume down; Bowker draws you into some fascinating philosophical puzzles, and explores both the limitations and possibilities of help, the use of psychoanalytic theory to understand it and the intricate and often frustrating dialectic of helplessness, help and care. It is a must read.

~ James Glass, author of Jewish Resistance During the Holocaust: Moral Uses of Violence and Will

The Angels Won’t Help You is a book about the uniqueness and primacy of help, particularly in relation to care, love, and caritas. It relies heavily on psychoanalytic and philosophical accounts of help and care and finds that help requires the establishment of a real relationship between persons, where help is given and received in a transitional space that is collapsed by care, unity, or love, which are mental constellations that, while profound, remain within the individuals involved. It contains reflections, memoir, and prose poetry, with an emphasis on psycho-philosophical examinations of help.

In trying to understand help, especially in the ways that it is not a synonym for care, Bowker turns to diverse sources and topics, including treatments of children in a helpless world, as featured in the literature of Kathy Acker and Jerzy Kosiński, a first-person account of help in psychiatric hospitals, an analysis of the phenomenon of Japanese hikikomori (“shutting oneself in”), anxiety and helplessness, an exploration of the nature of help and helplessness in Wilfred Bion’s “Attacks on Linking,” a rethinking of trauma in light of the circuital structure of the self, and more.

Put differently, The Angels Won’t Help You is a cruel helpless hopeless book raised in Texas roped ridden waddled clowned it developed catastrophic methods of coping. Angels’ mama split her tongue and hissed her words like silent / soldier / crisis in the torment of her sunken trailer in the summer where Angels practiced lighting cigarettes with her eyes fetching fireflies making tinctures of dead tissue becoming extraordinarily promiscuous. Angels’ nature was to hide in dark places to ride with abandon to sink in the spurs to gnash silver teeth to kick up tipped boots ruining every square dance. Angels, you make me need like a choke rope dream of being sick from head to foot. You are the petaled froth on every steep lapel. You are original and dilapidated depilatory and inflationary ovulary and delusional. O Angels, the scholars will say I failed to know you address you presage you protect you protest you, but we know the truth. 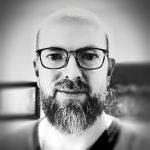 M.H. Bowker is a professor in psychoanalytic political theory at SUNY, the University at Buffalo. He holds degrees from Columbia University and the University of Maryland and is the author of numerous papers and 14 published or forthcoming books, including 4 previously published punctum titles: Ostranenie: On Shame and Knowing (2011), Escargotesque, or, What is Experience? (2015), Misinterest: Essays, Pensées, and Dreams (2019), and The Anguished and the Enchanted, (2021). He edits the Psychoanalytic Political Theory book series at Routledge, is the north American Editor ​of the Journal of Psychosocial Studies, and Associate Editor of Psychoanalysis, Culture, and Society.