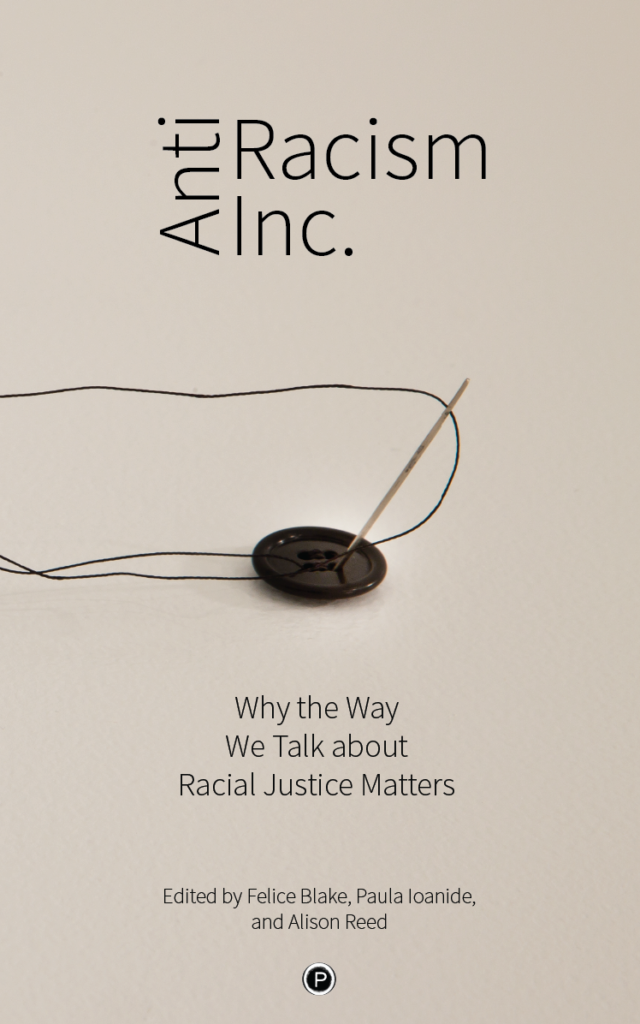 Antiracism Inc. traces the ways people along the political spectrum appropriate, incorporate, and neutralize antiracist discourses to perpetuate injustice. It also examines the ways organizers continue to struggle for racial justice in the context of such appropriations. Antiracism Inc. reveals how antiracist claims can be used to propagate racism, and what we can do about it.

While related to colorblind, multicultural, and diversity discourses, the appropriation of antiracist rhetoric as a strategy for advancing neoliberal and neoconservative agendas is a unique phenomenon that requires careful interrogation and analysis. Those who co-opt antiracist language and practice do not necessarily deny racial difference, biases, or inequalities. Instead, by performing themselves conservatively as non-racists or liberally as ‘authentic’ antiracists, they purport to be aligned with racial justice even while advancing the logics and practices of systemic racism.

Antiracism Inc. considers new ways of struggling toward racial justice in a world that constantly steals and misuses radical ideas and practices. The critical essays, interviews, and poetry collected here focus on people and methods that do not seek inclusion in the hierarchical order of gendered racial capitalism. Rather, they focus on aggrieved peoples who have always had to negotiate state violence and cultural erasure, but who also work to build the worlds they envision. These collectivities seek to transform social structures and establish a new social warrant guided by what W.E.B. Du Bois called “abolition democracy,” a way of being and thinking that privileges people, mutual interdependence, and ecological harmony over individualist self-aggrandizement and profits. Further, these aggrieved collectivities reshape social relations away from the violence and alienation inherent to gendered racial capitalism, and towards the well-being of the commons. Antiracism Inc. articulates methodologies that strive toward freedom dreams without imposing monolithic or authoritative definitions of resistance. Because power seeks to neutralize revolutionary action through incorporation as much as through elimination, these freedom dreams, as well as the language used to articulate them, are constantly transformed through the critical and creative interventions stemming from the active engagement in liberation struggles.

Felice Blake is Assoc. Professor of English at the University of California, Santa Barbara. She has published work on contemporary racism, culture, and resistance in Al Jazeera, Ethnic and Racial Studies, and SOULS: A Critical Journal of Black Politics, Culture, and Society. Dr. Blake’s book, Black Love Black Hate: Intimate Antagonisms in African American Literature (Ohio State, 2018), is a study of Black aesthetics, Black consciousness, and the Black Radical Imagination through depictions of intimate, intraracial conflict in Black literature.

Paula Ioanide is a mother, partner, teacher, scholar, and prison abolition organizer who strives to counter the social and spiritual ills produced by gendered racial capitalism. An assoc. professor of comparative ethnic studies at Ithaca College, Ioanide’s research focuses on the emotional dimensions of racism and the spiritual and social depravity of white domination. Ioanide is the author of The Emotional Politics of Racism: How Feelings Trump Facts in an Era of Colorblindness (Stanford, 2015), and she organizes against mass incarceration and police injustices in upstate New York.

Alison Reed is Asst. Professor of English at Old Dominion University in Norfolk, Virginia, where she co-founded and directs Humanities Behind Bars, a grassroots network of prison education programs committed to abolitionist praxis. Her research on performance, identity, power, and social movements has been published in Abolition: A Journal of Insurgent Politics; No Tea, No Shade: New Writings in Black Queer Studies (Duke, 2016); Lateral: The Journal of the Cultural Studies Association; and Text and Performance Quarterly. In addition to a book project, Love and Abolition: The Social Life of Black Queer Performance, she is working on a collection of her poetry, portions of which have appeared in Hot Metal Bridge, CutBank, and Ocho.

One thought on “Antiracism Inc.: Why the Way We Talk About Racial Justice Matters”