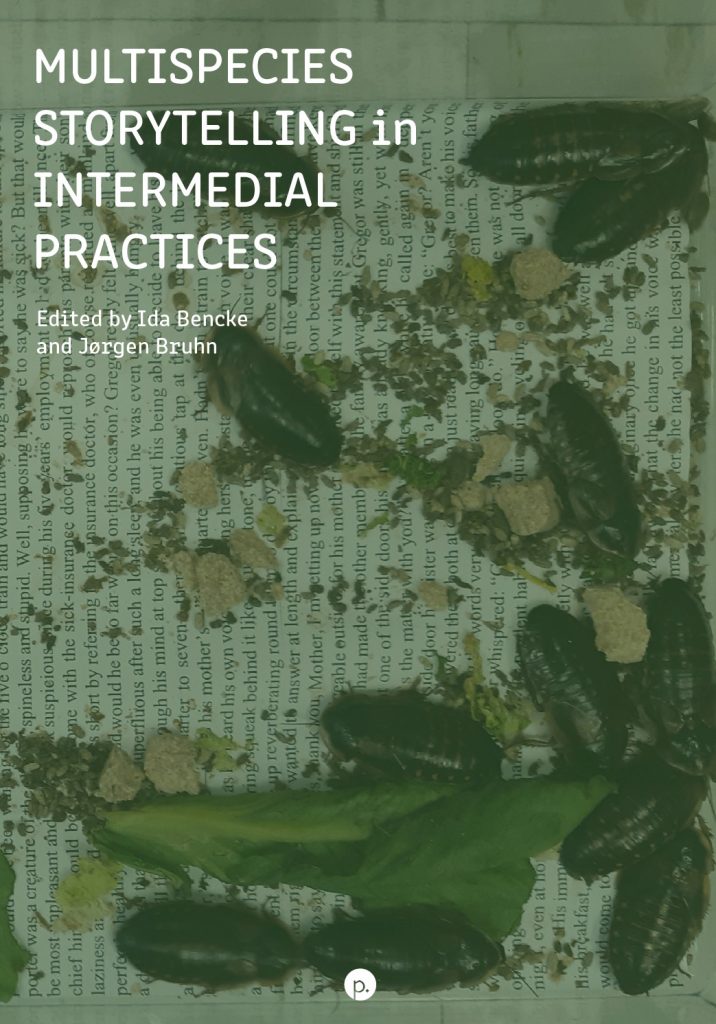 Multispecies Storytelling in Intermedial Practices is a speculative endeavor asking how we may represent, relay, and read worlds differently by seeing other species as protagonists in their own rights. What other stories are to be invented and told from within those many-tongued chatters of multispecies collectives? Could such stories teach us how to become human otherwise?

Often, the human is defined as the sole creature who holds language, and consequently is capable of articulating, representing, and reflecting upon the world. And yet, the world is made and remade by ongoing and many-tongued conversations between various organisms reverberating with sound, movement, gestures, hormones, and electrical signals. Everywhere, life is making itself known, heard, and understood in a wide variety of media and modalities. Some of these registers are available to our human senses, while some are not.

Facing a not-so-distant future catastrophe, which in many ways and for many of us is already here, it is becoming painstakingly clear that our imaginaries are in dire need of corrections and replacements. How do we cultivate and share other kinds of stories and visions of the world that may hold promises of modest, yet radical hope? If we keep reproducing the same kind of languages, the same kinds of scientific gatekeeping, the same kinds of stories about “our” place in nature, we remain numb in the face of collapse.

Multispecies Storytelling in Intermedial Practices offers steps toward a (self)critical multispecies philosophy which interrogates and qualifies the broad and seemingly neutral concept of humanity utilized in and around conversations grounded within Western science and academia. Artists, activists, writers, and scientists give a myriad of different interpretations of how to tell our worlds using different media – and possibly gives hints as to how to change it, too.

Ida Bencke, MA, is an independent curator with the Laboratory for Aesthetics and Ecology, based in Copenhagen, Denmark. Her curatorial work spans experimental exhibition formats and speculative ecofeminist aesthetics. Her recent exhibition projects explore questions around shared vulnerabilities, and technologies of care and resistance within a more-than-human field. Research interests include political implications and radical potentials of rest, refusal, and pleasure politics.

Jørgen Bruhn is professor of Comparative Literature, Linnæus University, Sweden. His two latest monographs are The Intermediality of Narrative Literature: Medialities Matter (Palgrave Macmillan, 2016) and, with Anne Gjelsvik, Cinema Between Media: An Intermedial Approach (Edinburgh UP, 2018). Bruhn’s main research areas are intermediality and media studies, ecocriticism and environmental humanities. He is currently writing a book with the working title Intermedial Ecocriticism: Anthropocene Representations across Media (with Niklas Salmose), for Lexington Books.