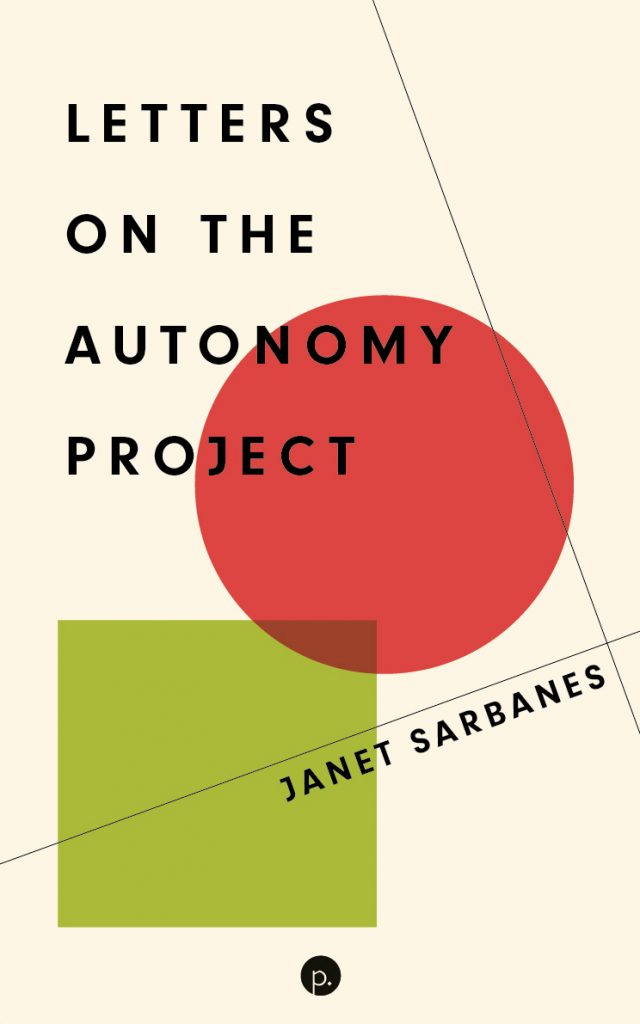 In the face of rising authoritarianism and on the heels of urgent struggle, autonomy calls to us. How might we excavate the theory and history of autonomous politics to arrive at new possibilities for radical democracy and the radical imaginary? How can we rethink the ways in which artistic autonomy is theorized and practiced beyond the shrunken horizon of liberal individualism? How might we understand political and artistic autonomies as linked, rather than diametrically opposed? And what role does radical pedagogy have to play in all of this?

Framed by the thought of Cornelius Castoriadis, and engaging with Marxist, Black Radical, and Feminist approaches to liberation, as well as movements such as Occupy, Black Lives Matter, Me Too, Letters on the Autonomy Project understands autonomy to be the capacity of a society, a community or an individual to modify its form. As Castoriadis argues, the struggle for self-determination requires unlimited questioning of the way things are, but also that we do or make something new in light of this interrogation. Autonomy is thus equally a project for thought, for education, for politics, and for art.

Stylistically, these open letters, addressed inclusively to artists, activists, and academics, are modeled on the philosophical letters of Friedrich Schiller on the one hand and the revolutionary communiqués of the Zapatistas on the other. Performing a kind of writing-as-praxis, they seek to grasp the potential of our moment with reference to historical and contemporary instances of political autonomy, notions of artistic autonomy, and art practices that connect the two. They also look at the possibilities of educating for autonomy, which cannot itself be taught. If we are indeed living in a time of creative struggle to remake the whole of society, then an understanding of the autonomy project – and how theory, pedagogy, activism, and art might contribute to it – is of burning relevance.

Janet Sarbanes is the author of the short story collections Army of One and The Protester Has Been Released. The 2017 recipient of a Creative Capital/Andy Warhol art writer’s grant, she has published art criticism and other critical writing in museum catalogues, anthologies, and journals including East of Borneo, Afterall, and the Los Angeles Review of Books. Her essay on Shaker aesthetics and utopian communalism received the Eugenio Battisti prize from the Society for Utopian Studies. She teaches in the MFA Creative Writing Program and the MA of Aesthetics and Politics in the School of Critical Studies at CalArts.