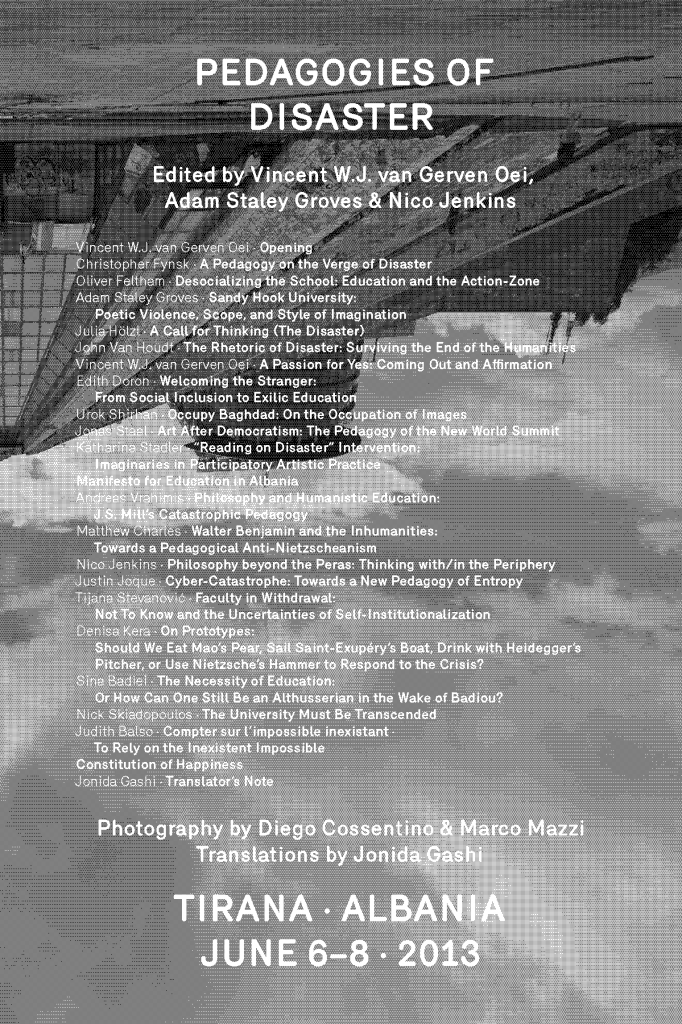 We live in an era where the university system is undergoing great changes owing to developments in financing policies and research priorities, as well as changes in the society in which this system is embedded. This change toward a more market-oriented university, which also has immediate effects in academic peripheries such as the Balkans, the Middle East, or South-East Asia, is of great influence for the pedagogical practice of “less profitable” academic areas such as the Humanities: philosophy, languages, sociology, anthropology, history.

Because of the absence of a historically grounded establishment of the Humanities, academic peripheries, usually accompanied by a weak civil society infrastructure, seem to offer the most fertile ground for rethinking the Humanities, their pedagogical practice, and their politics, as well as the greatest threats, such as the ongoing capitalization of research, and profitability as the norm of educational achievement. The sprawling presence of for-profit universities and in academic peripheries such as Albania and Kosovo is indicative of this problematic, as are consistent underfunding of universities and the relentless budget cuts in American and English, and to a lesser extent European, universities. Motivations for this ongoing attack on the university are often driven by a political system or a politics with an aggressive stance to critical thought.

At the same time, such an absence of historical grounding may inspire a rejuvenation and reinvigoration of research in the Humanities, such as may be seen in academic centers around Asia, as many young scholars are attracted to an educational environment which is not yet completely petrified in bureaucratic procedures. In this case, a different set of questions appear concerning the place of the scholar in societies with semi-democratic or even authoritarian rule. For civil society to flourish, an educational system that reflects and interrogates the values and concepts that underlie a healthy social fabric are of crucial importance.

This volume comprises papers culled from continent. journal’s Pedagogies of Disaster conference held in Tirana, Albania, hosted by The Department of Eagles (Departamenti i Shqiponjave) in June 2013, and organized to address the fate of relation and the future of pedagogical practice in the University, and especially as it concerns the humanities. The papers gathered here seek to address the infrastructural or interpersonal changes in the modes of production as it relates to current academia, examining the elements and spaces of the rifts opening up in the polis of the University—its students, professors and administrators. The volume further addresses the pedagogical horizon at a critical limit, asking: for whom or for what are we teaching and from whom or from what are we learning? 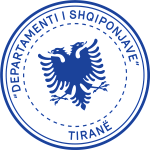 Vincent W.J. van Gerven Oei · Opening
Christopher Fynsk · A Pedagogy on the Verge of Disaster
Oliver Feltham · Desocializing the School: Education and the Action-Zone
Adam Staley Groves · Sandy Hook University: Poetic Violence, Scope, and Style of Imagination
Julia Hölzl · A Call for Thinking (The Disaster)
John Van Houdt · The Rhetoric of Disaster: Surviving the End of the Humanities
Vincent W.J. van Gerven Oei · A Passion for Yes: Coming Out and Affirmation
Edith Doron · Welcoming the Stranger: From Social Inclusion to Exilic Education
Urok Shirhan · Occupy Baghdad: On the Occupation of Images
Jonas Staal · Art After Democratism: The Pedagogy of the New World Summit
Katharina Stadler · “Reading on Disaster” Intervention: Imaginaries in Participatory Artistic Practice
Manifesto for Education in Albania
Andreas Vrahimis · Philosophy and Humanistic Education: J.S. Mill’s Catastrophic Pedagogy
Matthew Charles · Walter Benjamin and the Inhumanities: Towards a Pedagogical Anti-Nietzscheanism
Nico Jenkins · Philosophy beyond the Peras: Thinking with/in the Periphery
Justin Joque · Cyber-Catastrophe: Towards a New Pedagogy of Entropy
Tijana Stevanović · Faculty in Withdrawal: Not To Know and the Uncertainties of Self-Institutionalization
Denisa Kera · On Prototypes: Should We Eat Mao’s Pear, Sail Saint-Exupéry’s Boat, Drink with Heidegger’s Pitcher, or Use Nietzsche’s Hammer to Respond to the Crisis?
Sina Badiei · The Necessity of Education: Or How Can One Still Be an Althusserian in the Wake of Badiou?
Nick Skiadopoulos · The University Must Be Transcended
Judith Balso · Compter sur l’impossible inexistant / To Rely on the Inexistent Impossible
Constitution of Happiness
Jonida Gashi · Translator’s Note

About The Department of Eagles: In 1968, the Belgian conceptual artist Marcel Broodthaers created the first of a series of installations entitled Musée de l’art moderne, Département des Aigles (Museum of Modern Art, Department of Eagles), a fictional museum department without building or collection, only existing as a constellation of ideas, debates, exhibitions, lectures, objects, and labels. The Département des Aigles was first of all a space in which it was possible to imagine what a museum could be. In 2011, Departamenti i Shqiponjave (Department of Eagles) was established in Tirana, Albania — the ‘Country of Eagles’ — as a weekly reading group bringing together students and scholars from diverse regions such as art, law, anthropology, philosophy, computer science, and international relations, in an attempt to reinvigorate the discourse of the “liberal arts,” the studies — ranging from grammar to music and mathematics — of the free man. Over the last two years, this interdisciplinary group has developed into an independent platform for artists and thinkers, and it now aims to establish itself as core cultural actor in Tirana and Albania.

One thought on “Pedagogies of Disaster”